Russian Special Presidential Representative for Afghanistan Zamir Kabulov has held the United States and Britain responsible for the growth of the notorious Deash Takfiri terrorist group in Afghanistan and the uptick in violence across the South-Central Asian country.

Kabulov made the comments in an opinion piece published in the Russian daily newspaper Nezavisimaya Gazeta, stating that Washington and London are helping the Daesh affiliate, commonly known as Daesh in Khorasan Province, to cement its foothold in the crisis-stricken nation.

He added that the US and Britain are also exerting considerable pressure on high-profile Taliban figures to distance themselves from Russia and China, before they are targeted in assassination strikes carried out by unmanned aerial vehicles.

“Americans, together with their British collaborators, are putting their frantic efforts into strengthening the positions and the destructive potential of the Afghan offshoot of Daesh, and are seeking to avail themselves of the extremists to alienate Afghanistan’s neighboring states from Moscow,” Kabulov pointed out.

“While the United States, as part of a political blackmail, is placing the Taliban leaders under pressure to dissociate themselves from Russia and China, it is demanding Afghanistan’s ruling authorities not to take any action against Uyghur insurgents, who form the militant organization Turkistan Islamic Party,” the Russian diplomat noted.

Daesh has a foothold in eastern and northern Afghanistan, particularly in Nangarhar, which is regarded as its base in the war-torn country. It has recently claimed responsibility for several attacks across Afghanistan.

In May last year, at least 85 people – mainly girl students – were killed and about 300 wounded when three bombs exploded near their school in the Shia-dominated Dasht-e-Barchi neighborhood of Kabul.

In October 2020, Daesh admitted to attacking an educational center in the same area that killed 24 people, including students.

In May 2020, the group was blamed for a bloody attack on a maternity ward of a hospital in the same neighborhood that killed 25 people, including new mothers. 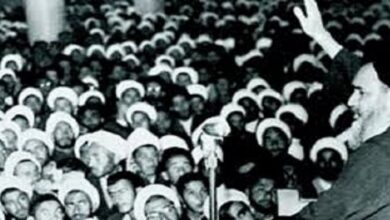