A few days earlier, on August 15, the Taliban took power in Kabul.

Molavi Shah Mohammad told Iran Press that after the exit of the US from Afghanistan, the Taliban was seeking to reconstruct the country and prosperity of its people.

He recalled that the Western democracy had no achievements for Afghanistan but to destroy the Afghan identity and that the people of Afghanistan had already found out the foreign forces were not well-wishers to them.

Noting that the Taliban and Afghan people were ready to confront the US, the Talib official said that the US did not dare to attack Afghanistan, for they had experienced the taste of defeat during the past 20 years.

‘How did IS emerge in Afghanistan under US watch?’ asks Hamid Karzai 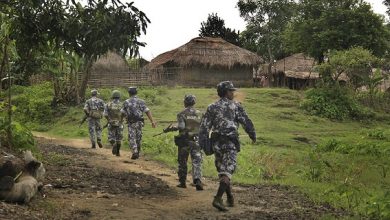