Flooding in Afghanistan this month has killed more than 180 people and destroyed over 3,000 homes.

The ruling Taliban spokesman Zabihullah Mujahid said at a news conference on Thursday that 182 people had been killed and 250 more injured by the downpour and flooding this month.

He said that the rain had washed away more than 3,100 houses and killed thousands of livestock.

Mujahid said the Taliban lacked the resources to respond to the crisis and called on the international community to extend emergency aid to the impoverished disaster-stricken nation already in dire economic straits and grappling with humanitarian crisis.

Mujahid linked the huge scale of damage to the previous government in Afghanistan, accusing them of mismanagement of the infrastructure.

Heavy rains have lashed several provinces, with the worst of the flooding in the central and eastern parts of the country.

“People lost everything…they lost everything overnight,” said Anne Kindrachuk, central region chief for UNICEF Afghanistan, after visiting an area affected by the floods. “There are three tent communities or camps but (people) are unsure what comes next, how they are going to eat this winter, their livelihoods were wiped out.”

Since the Taliban took control of Afghanistan a year ago, the nation has witnessed natural disasters including a drought and an earthquake that killed more than 1,000 people in June.

The economic and humanitarian crises have been exacerbated by the freezing of billions in assets held abroad and a slash in aid funding.

In February, US President Joe Biden signed an executive order that would seize the Afghan assets and move half to a fund purportedly designated for humanitarian aid for Afghanistan.

However, Biden nodded to legal wrangling with some 9/11 families pursuing claims against those assets as the reason for not trying to free the other half of Afghan funds allegedly for the Afghan people.

The freeze of Afghan assets has continued despite millions of people in the country being on the brink of starvation. 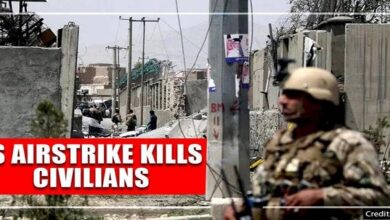