A bomber has been killed and multiple people have been injured in a powerful explosion close to the gate of a passport office in the Afghan capital Kabul.

Media reports, quoting a spokesman for Afghanistan’s Interior Ministry, said the attacker was shot and killed while trying to enter the passport office premises on Thursday.

Witnesses said the building and streets around the area were locked down by Taliban security forces.

In recent days, large crowds of Afghans have been thronging outside the site in a bid to get travel documents after the service was restarted following weeks of suspension.

The blast comes days after the Taliban announced that Thursday would be set aside only for its members to apply for passports.

No individual or group has claimed responsibility for the latest attack, but Taliban officials in the past have blamed the Daesh terrorist group for similar attacks on civilians.

Daesh has a foothold in eastern and northern Afghanistan, particularly in Nangarhar, which is regarded as its base in the war-torn country. It has claimed responsibility for several attacks against the Taliban recently.

Thousands of Afghans have applied for new travel documents to escape a growing economic and humanitarian crisis described by the United Nations as an “avalanche of hunger”.

Afghanistan has been teetering on the brink of a major humanitarian catastrophe. In recent weeks, UN agencies have warned that millions of Afghans could run out of food before the onset of the winter and around one million children are at risk of starvation.

According to recent surveys by the World Food Programme (WFP), an estimated 98% of Afghans are not eating enough, with seven in 10 families resorting to borrowing food, which pushes them deeper into poverty.

The unfolding crisis has also affected the already fragile banking system in the country, especially with billions of dollars in Afghan assets frozen by the US since the takeover of Afghanistan by the Taliban in August.

The new rulers have warned Western diplomats that insisting on sanctions as a means of pressure could undermine security and trigger a wave of economic refugees.

The Taliban, who had previously ruled Afghanistan from 1996 to 2001, took power again on August 15 as the US was in the middle of a chaotic troop withdrawal. The group announced the formation of a caretaker government on September 7. No country has yet recognized their rule. Since then, the Taliban have been struggling to contain an economic crisis.

The UN says Afghanistan is facing “one of the world’s worst humanitarian disasters.” 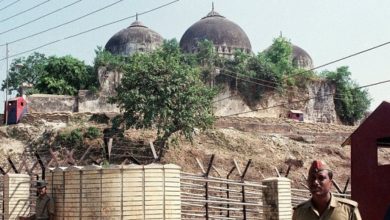