A bomb blast hit a vehicle near a Taliban checkpoint on Saturday in a mainly Shia neighborhood in the Afghan capital, Kabul, leaving an unknown number of casualties.

Dasht-e Barchi is a Kabul suburb dominated by members of the mostly Shia Hazara community.

“I was in my car and an explosion happened in the vehicle in front of us,” a witness told AFP. “It was completely burnt.”

Details of casualties were not immediately known. And there was no immediate claim of responsibility for the blast, which comes a day after a bomb hit a mosque in the province of Nangarhar, killing at least three people. The Nangarhar governor’s office said two “perpetrators” had been arrested in connection with the Nangarhar blast. “Further investigation into the incident is ongoing and more actions will be taken.”

Nangarhar is considered as the heartland of the Daesh Takfiri terrorist group in Afghanistan. The group has targeted Shia mosques in a series of bombings that have killed scores of worshipers.

4 dead as attack on Kabul hotel used by foreigners ends 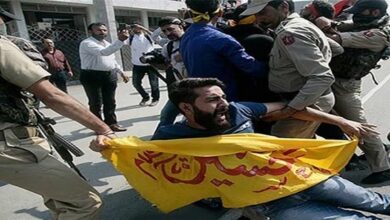 India detains 50 in crackdown on Shia Muslims in Kashmir

China’s Wuhan comes back to life after two-month lockdown