Afghanistan’s local media report that at least 100 members of the Taliban militant group and about 80 Afghan soldiers have been killed during clashes in a time span of 24 hours across the country.

The TOLO News reported on Tuesday that fighting erupted in 70 districts across several provinces, including the northeastern province of Badakhshan.

In the northern province of Baghlan, a car bombing was carried out near an Afghan National Army (ANA) post.

In Badghis, nearly 100 members of security forces have reportedly surrendered to the Taliban.

The militants are said to have reached the outskirts of Charcheno district and the surrounding areas of Uruzgan province. They have faced strong resistance by the security forces there.

The United States has missed a deadline for the withdrawal of its forces it had agreed with the Taliban in Qatar last year. Violence has surged across Afghanistan as a result.

All foreign troops were to have been pulled out by May 1, but US President Joe Biden pushed that date back to September 11. The decision caused the suspension of intra-Afghan peace talks between the Taliban and Kabul.

The Taliban warned that the passing of the deadline for a complete withdrawal “opened the way for” the militants to take every counteraction they deemed appropriate against foreign forces in Afghanistan.

Many have warned that the withdrawal of all the foreign forces could intensify violence in the absence of a peace deal between the Taliban and the government.

14 Including 6 Foreigners Killed in Taliban Attack in Kabul 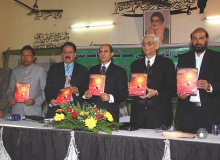