Taliban militants have claimed responsibility for the reported downing of a military helicopter which resulted in the death of at least three Afghan security personnel in the southern province of Helmand.

The Ministry of Defense said two policemen and a soldier were killed in as the helicopter made an emergency landing in the restive province on Wednesday evening. at least four security personnel were also wounded in the crash.

Helmand provincial council head Ataullah Afghan said the helicopter crashed during an emergency landing after facing technical problems, but the Taliban claimed to have brought it down.

“The helicopter was shot down by our Mujahideen (fighters) in Washer district of Helmand province,” media outlets quoted a spokesman for the group, Qari Yousuf Ahmadi, as saying.

Helicopter crashes are common in Afghanistan, either due to technical problems or militant attacks.

In October last year, at least nine members of the Afghan military were killed when two army helicopters collided while transporting wounded soldiers in the same troubled southern region.

The Afghan government has been battling a surge in attacks across the war-ravaged country blamed on the Taliban, despite talks launched between the two sides last year.

The Taliban have threatened to resume attacks against US-led foreign troops in Afghanistan following remarks by President Joe Biden that he may extend the US military presence beyond the May 1 deadline for withdrawal.

The Taliban said in a recent statement that if Washington fails to meet the deadline – set in a peace deal negotiated by former president Donald Trump – the group will be compelled to continue “armed struggle against foreign forces to liberate its country.”

Under the “peace” deal between the Taliban and the US, Washington promised to withdraw all troops in Afghanistan in return for the Taliban to stop attacks on American forces.

However, attacks continue to plague the South Asian nation, including a recent upsurge in killings of journalists, aid workers and government employees.

Each year, the season of spring and the melting of snow on the mountains along the border with Pakistan marks a significant upsurge in the fierce fighting between the Taliban and the Afghan forces.

The United States and its allies invaded Afghanistan in 2001 as part of Washington’s so-called war on terror. The offensive removed the Taliban from power, but insecurity has continued to plague the country. 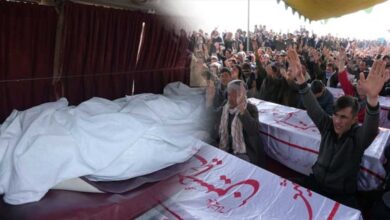 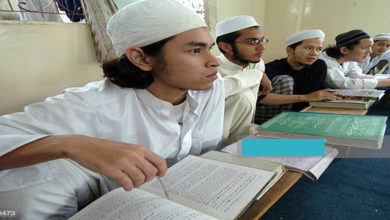 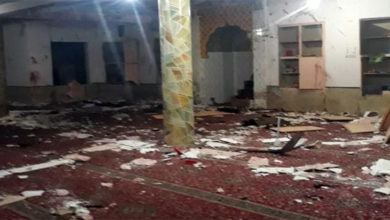 Suicide bomber explodes in Quetta mosque killing 15 including a DSP