Indian police engaged in direct violence against Muslims and helped Hindu mobs in their atrocities against Muslims, or just stood aside watching, as Hindu extremists targeted the Muslim minority in the capital, New Delhi, last month, a new report shows.

The New York Times in a report on Thursday presented newly-emerged evidence of Indian police directly engaging in violence against Muslims or actively helping the Hindu mobs during rampages in the capital late last month, when they torched Muslim homes and targeted Muslim families.

The report recounted the story of Kaushar Ali, a Muslim house painter, who was on his way home when he ran into a battle between Muslims and Hindu mobs in a neighborhood of the capital on February 24, a day after India’s worst sectarian bloodshed in years began and lasted for several days.

Ali said that he had turned to some police officers for help, but instead, the officers threw him onto the ground and cracked him on the head. The police officers started beating him and several other Muslims, he said, adding that he and the other ill-fated Muslims laid bleeding and begging for mercy, but to no avail. One of them succumbed to severe internal injuries two days later.

Ali added that the police officers laughed at them, jabbed them with their sticks, and forced them to sing the national anthem.

This police violence was captured on video from two different angles, a close shot, filmed by one of the police officers, and a long shot, by a passerby.

“The police were toying with us,” Ali said, recalling them saying, “Even if we kill you, nothing will happen to us.”

That has been the case, as no one has faced justice even as dozens of Muslims have been killed in violence.

Critics insist the law is discriminatory, coming in the wake of other severe government measures against the country’s Muslim population such as the withdrawal of autonomy for Muslim-majority Jammu and Kashmir.

There are 200 million Muslims in India, comprising more than 14 percent of the country’s population.

Critics of Modi’s government have blamed the anti-Muslim violence on members of the prime minister’s Bharatiya Janata Party (BJP), which was crushed in local Delhi elections early last month. The party has embraced a militant brand of Hindu nationalism and its leaders have openly vilified Indian Muslims.

The report by the New York Times further said that two factors had especially emboldened Hindu extremists against Muslims on the streets: India’s anti-minority law enforcement machinery, which is profoundly politicized by the BJB, and police officials, who are highly-selective against their targets, particularly in states controlled by Modi’s party.

Moreover, a number of judges have also seemed to be caught up, or pushed out, by a Hindu-nationalist wave just recently, yet another factor that further encourages the Hindu mobs in their violence against Muslims, it added.

“Police officers watched as mobs of Hindus, their foreheads marked by saffron stripes, prowled the streets with baseball bats and rusty bars, looking for Muslims to kill. The sky was filled with smoke. Muslim homes, shops and mosques were burned down,” the report said.

The report also said that some Muslims were leaving their neighborhoods, after having lost all faith in the Indian police.

“There’s a method to this madness. The government wants to bring the entire Muslim community to their knees, to beg for their lives and beg for their livelihoods,” the report quoted Umar Khalid, a Muslim activist, as saying.

Although the bloody anti-Muslim violence in New Delhi began during US President Donald Trump’s two-day visit to the country, the American president said he was satisfied that India’s Modi was working “really hard” to establish religious freedom. 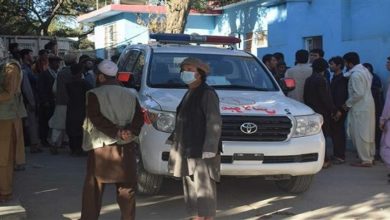 Obama meets SNC’s Jarba, no agreement for US anti-aircraft weapons 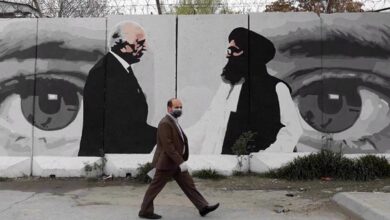 Taliban warn NATO against staying in Afghanistan beyond deadline