Taliban militants have launched an attack against an Afghan army recruitment center in the western province of Farah, the latest in a series of attacks that rocked the country despite ongoing peace talks between the militants and the United States.

The militants set the army center ablaze after a coordinated attack launched overnight from several points around Farah city, according to Mohibullah Mohib, a police spokesman in Farah.

“Taliban fighters are pushing to take over the prison but the security forces are resisting,” Mohib said.

There were no immediate reports of casualties among either the Afghan forces or the militants.

A provincial council member in Farah, Shah Mohmoud Naeemi, said main roads were deserted and gunshots could be heard from the surrounding areas.

The Taliban reportedly took control of several positions in civilian areas, including a school in Farah. Senior security officials in Kabul, however, said the city was still under government control.

The attack came as the Taliban has, according to the US special envoy, Zalmay Khalilzad, finalized “in principle” a deal with Washington earlier this week, after nearly a year of negotiations in Qatar’s capital city, Doha.

Khalilzad has met with Afghan President Ashraf Ghani and his senior officials in the capital Kabul at least four times over the past few days to seek their support for the deal that is about to be announced, according to officials.

The Taliban, which now control or have influence in about half of Afghanistan’s territory, say they do not recognize the government in Kabul.

The possible deal includes a timetable for the withdrawal of the remaining foreign forces that Western officials say could be about 16 months long, in return for assurances that the Taliban will break from international terrorist groups and start direct negotiations with Afghan officials over Afghanistan’s political future, The New York Times reported.

On Thursday, a group also killed at least 10 civilians and two foreign troops in an area near the headquarters of Afghanistan’s international military force and the US embassy in Kabul.

“Even as the Taliban claims to be pursuing peace, it continues to kill people in the most gruesome way,” Amnesty International researcher, Samira Hamidi, said in a statement.

“This tragedy underscores the grave dangers that human rights defenders in Afghanistan face,” she added.

Analysts say the Taliban has increased attacks in order to “project strength” and use violence as a point of leverage in the talks.

Many in Afghanistan are already skeptical that a deal with the US will bring an end to the violence and concerned that it will instead further empower the military group.

The Taliban’s five-year rule over at least three quarters of Afghanistan came to an end following the US invasion in 2001, but 18 years on, Washington is seeking a truce with the militants, who still control large swathes of territory.

American forces have remained bogged down in Afghanistan through the presidencies of George W. Bush, Barack Obama, and now Donald Trump.

The group has so far rejected the proposal to lay down arms and instead calls on the US to end the use of force in Afghanistan. It also insists that talks cannot move ahead until foreign forces leave the country. 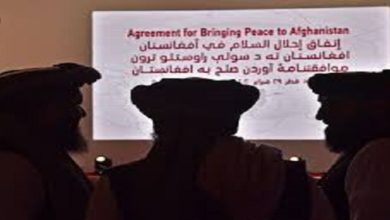 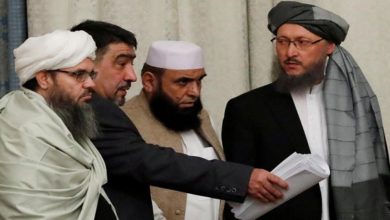