At least five people have been killed in a Taliban-claimed bomb explosion that rocked downtown Kabul, as representatives from the United States and the militant group negotiate a “peace” deal in the war-ravaged country.

The blast occurred after an assailant detonated his explosive vest in Shash Darak, a heavily-fortified area.

“We confirm an explosion in the Shash Darak area” at about 10:10 a.m. (05:40 GMT) on Thursday, said Nasrat Rahimi, a spokesman of the Interior Ministry. “Ambulances and rescue teams are being rushed to the blast site,” he added, without giving further details.

Video footage and photographs posted on social media showed a number of vehicles and small shops destroyed and police cordoning off the road.

The Thursday blast occurred 3 days after another Taliban-claimed explosion killed at least 16 people and wounded 100 others.

The latest offensive also came as American and Taliban negotiators have reportedly finalized a deal in the Qatari capital, Doha.

20,000 foreign troops, most of them Americans, are currently deployed in Afghan as part of a mission to train forces.

Despite the talks, deadly skirmishes between the Taliban and Afghan forces as well as attacks on populated areas.

The talks come almost 18 years after the US and its allies invaded Afghanistan to overthrow a Taliban regime. 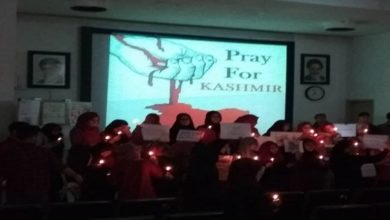 Silent protests, Solidarity expressed with the Oppressed people of Kashmir in Shiraz 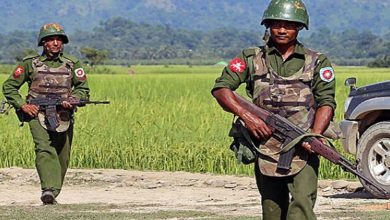