There are many pieces of nonsense about Iran, which are fervently believed in the West but which have zero credibility inside Iran. “Millionaire Mullahs” is a concept which has captivated the Western imagination, even though it has no basis in reality.

The idea of “Millionaire Mullahs” was conceived in 2003 by the uber-capitalist magazine Forbes. What’s worse, it was created by their longtime Russia editor during the age of Yeltsin, when neoliberal capitalism was shamelessly gutting all the nations of the former Soviet Union and transferring the longtime assets of the people/state to Western high finance.

The idea “sounds right” to Western ears for three likely reasons: they are often ardently secular and suspicious of all religious authority; they assume all Muslim religious authorities are as rabidly capitalist as the Roman Catholic Church has often been; and also because they know nothing about the revolutionary (unique) and inherently anti-capitalist post-1979 changes to the Iranian economy.

Let’s stop with the nonsense: being a mullah in Iran usually places one in the lower middle class. Iranian Shia clergy do not have extravagant lifestyles, and they have certainly chosen the wrong calling if that was their aim. Furthermore, the Iranian press – which casts an open and intensely critical eye on the government, contrary to Western perceptions – would absolutely have a field day were there any mullahs living the lavish lives of millionaires. The entire idea is absurd and – rather crucially – unproven.

The subject has come up again, due to the incredibly foolish sanctions by the US against Leader of Iran’s Islamic Revolution Ayatollah Seyyed Ali Khamenei.

Ayatollah Khamenei, like his predecessor in the Leader post, Ruhollah Khomeini, and his family are known by all Iranians for living simple lifestyles and for possessing absolutely common levels of personal wealth. How does all of Iran know this? Well, doesn’t everyone in the US know the general financial background of Trump?

But first, a bit of background for non-Iranians: Ayatollah Khamenei is from clerical families on both sides of his parents. They were not rich clerics, but lower-middle class, like the majority of Iranian clergy. The 1979 Revolution was decidedly class-based — it was called “the revolution of the barefooted” — and this extended to the clerical class as well, so it should not be surprising that someone from Ayatollah Khamenei’s class background rose so high.

Because clerics are humans, they have a right to have varied personal interests: ex-Iranian President Hashemi Rafsanjani was rather an Iranian Islamic Revolution anomaly – a revolutionary cleric from a rich background (pistachio farmers) – and he had a personal interest in the affairs of business. It is common knowledge that Ayatollah Khamenei has never evinced this interest, and nor have his several brothers, who are also clerics – the family’s interests are clearly religion and politics.

Furthermore, simply check out his speeches on YouTube (and perhaps while you still can do so, as Press TV was banned from YouTube in April): Ayatollah Khamenei is always discussing the example of his namesake, Imam Ali, the personification of personal austerity in Islam. “Shia” means “partisan of Ali,” so non-Muslims should be able to easily imagine that if Ayatollah Khamenei was constantly exhorting everyone to follow “Pope” Ali’s worthy example, yet not following it himself, this would be cause for immediate and widespread comment among the highly-educated, very politically-involved Iranian general public.

So even the whiff of a mere rumor of personal embezzlement would be a major risk to Ayatollah Khamenei’s job status!

Part 2 will fully quote and explain the begrudging exoneration of Ayatollah Khamenei by one of his biggest adversaries – Western mainstream media – that there is “no evidence” that Ayatollah Khamenei has used Iran’s wealth to enrich himself. And, of course, there is no logical reason why he would thus tolerate theft and fraud among his fellow lower-ranking clergy who also work as civil servants.

Ayatollah Khomeini’s and Ayatollah Khamenei’s precedents of clearly living in a manner, which rejects worldly riches will certainly help produce this same type of Leader in the future, but whoever is the Leader at any time in the Islamic Republic of Iran will likely be forced to live lives of transparent piety and to display moral, spiritual and fiscal rectitude, which combined with self-sacrificing patriotism, is the very essence of the job. The Leader’s post is not that of a technocrat, as Western leaders are now often merely supposed to be; he is essentially called to act as the “soul of the nation,” and, I would also add, “of the government.”

Such values are anathema to Western secularism, which is a governmental philosophy that was certainly available in 1979 for Iranians to select. However, even atheistic secularists must concede that Western-style secularism was democratically rejected by Iranians, and this fact cannot be ignored no matter how disagreeable non-Iranians may find this fact.

To put it plainly: Does the West really think that Iranians don’t have a good sense of Ayatollah Khamenei’s personal morality? He has been living in the public eye longer than French President Emmanuel Macron has been alive, and the French all know about Macron’s privileged upbringing, marriage to a chocolate heiress who was his high school teacher, and Rothschild banker-paid lifestyle. An entire nation simply cannot be kept in the dark about the true personal nature of its leaders; people are not stupid, anywhere, and the Iranian press is far from being either non-existent or totally subservient to power.

You can take the average Iranian’s word for it: if Ayatollah Seyyed Ali Khamenei was living lavishly – or, living like every single Western CEO does – and with absolutely zero Western media condemnation, sadly – all of Iran would know it, and there would be serious repercussions.

This all explains why Iranians view the recent US sanctions on their Leader Ayatollah Khamenei as absurd and based on both propaganda and ignorance. The sanctions put The New York Times in a quandary: they had to choose between their iron-law Iranophobia and their equally unobjective anti-Trump editorial policy. Their jeering-but-accurate headline, “Iran Greets Latest US Sanctions with Mockery,” reflects that the anti-Trumpers drowned out the Irano-/Islamophobes on that day in their newsroom.

Beyond Ayatollah Khamenei, I can very briefly explain how and why the West can persist with their “Millionaire Mullah” mythology:

There are many economic principles that guide the Iranian economy, which have no basis in the West – they are, after all, “revolutionary.” Many are based on principles of Islamic charity and of Islamic finance; many are also based on anti-capitalist principles, which were obviously drawn from 20th century socialism. There are almost too many to list, but in Part 2 of this three-part article I will pick a few key ones, which specifically relate to clergy, and which – when added with Iranophobia – create such widespread and ignorant propaganda. 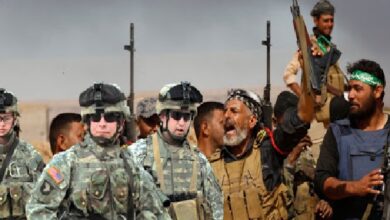 What Are Goals Behind Iraqi PMF’s Document? 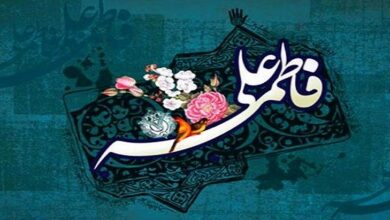