Recently, Wall Street Journal, citing sources in the US State Department, reported that an attack on Saudi oil facilities and oil pipelines originated in Iraq, not Yemen.

The media also reported that the US Secretary of State Mike Pompeo called the Iraqi Prime Minister Adel Abdul Mahdi and told him that he held evidence that documented Iraqi groups had hands in attacks on an oil terminal operated by the Saudi oil giant Aramco. Pompeo further told the PM that a number of drones which took off from Jurf Sakhar region that is only 60 kilometers away from the capital Baghdad were used in the operation.

The controversial claim was met with reaction from the Iraqi officials. PM Abdul Mahdi who is also the commander-in-chief of the country’s armed forces asked for documents vindicating what the top US diplomat said. The Iraqi PM, citing the Iraqi intelligence and aviation sources which denied the American claims, said that if such aircraft were sent from Iraq, they had to fly 975 kilometers to the attack site. This is while only 600 kilometers of flight is needed to carry out the same operation from Yemen.

The reasoning of the Iraqi PM came along a statement published by Ansarullah movement of Yemen that rejected Pompeo’s allegations and called on Washington to release its documents.

Ansarullah movement, the leading resistance force in Yemen in the face of the Saudi-led Arab aggression, over the four years of the Saudi and Emirati bombing campaign and land assaults proved to have the capability to launch retaliatory strikes deep into the Saudi territory using missiles and unmanned aircrafts. Only in the past few weeks, Ansarullah’s drones evaded the much-vaunted and expensive air defenses and detection systems in Saudi Arabia to launch missile raids on various Saudi sites including airports. Saudi Arabia had to hold the Arab League, Islamic Cooperation Organization, and (Persian) Gulf Cooperation Organization conferences in the city of Mecca as it was sure that Ansarullah will not attack the sacred city.

Back to Washington’s claims, what is the objective behind the American allegations regarding Iraqi groups’ hands in the anti-Saudi attacks?

The fact that with existence of a united and secure Iraq with an efficient government there will be left no justification for the American military presence in Iraq has motivated the American administration to embark on a new path regarding Iraq: sowing ethnic, religious, and political division to run Washington’s policies towards Iraq. This issue can be understood well if we know that the American claims come at a time when Abdul Mahdi recently managed, after months of standoff, to add the four remaining ministers to his cabinet as the political parties reached a consensus.

On the other hand, Washington under President Donald Trump put the heaviest pressure on the Axis of Resistance, an alliance led by Iran and comprised of Iraq, Lebanon, Syria, and Yemen resisting the Western overbearing policies, in the region. The pressure mainly comes to materialize the Arab-Israeli normalization. The role of the Iraqi popular forces, which were a vital military instrument in the Iraqi combat against the ISIS terrorist group, presents a fundamental challenge to the American short and long-term interests in Iraq. So, while part of Iraq’s society is optimistic to see improved ties between Baghdad and Riyadh through joint investment and security cooperation, the US claims against the popular forces are meant to direct negative sentiments against them among the public. The Iraqi Kata’ib Hezbollah force is located in a region from where the US says the group launched the attacks on the Saudi territory.

Covering up the big defeat in Yemen

Yet another reason why Pompeo linked the raids on Saudi oil facility to the Iraqi groups is an attempt to launch a psychological war to assist Saudi Arabia in its regional cases. The battleground realities signal a shift of the war equations in favor of Yemen in the coming few months. Yemen’s advances in arming its forces with new missiles and drones that can deal painful blows to the Arab coalition’s military, industrial, and oil facilities have shattered Saudi coalition and its allies’ calculations about the future of Yemen war. The airstrikes on Aramco, the main Saudi Arabian source of income, sent a clear signal to Riyadh leaders about Yemen’s resolve to hit back.

In the initial reactions to the attack on an oil pipeline carrying oil from the east to the west of the country, Saudi officials in an attempt to justify a failure of their air defenses to detect the aircraft said that the drones took off from Qatif, a city with a Shiite majority in the Eastern Province.

Some analysts argue that Washington is rushing to prevent damage to the credit of its air defense system Patriot by attributing the attacks to parties other than Yemen’s Ansarullah. Yemeni media and government sources dismissed Trump administration’s claims as an effort to underrate the Yemeni operations. Ansarullah said that Yemen does not need anybody to attack on its behalf.

However, not only the US accusation fails to help Saudi Arabia get out of the Yemeni war quagmire but also the Yemeni forces are now further provoked to inflict even harder blows on the aggression countries. Over the past few weeks, Yemeni officials warned that if the Arab parties decline to halt their bombardment on the Yemeni cities, they will launch more missile and drone assaults on their cities. Four years of war on Yemen has so far displaced millions of civilians and killed and injured thousands. Saudi Arabia started its devastating bombing campaign in March 2015 under the pretext of reinstating President Abdrabbuh Mansour Hadi who fled the country to Saudi Arabia after resigning on the heels of a popular revolution.

War on Gaza and the response of Muslim regimes 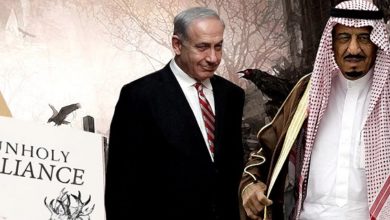 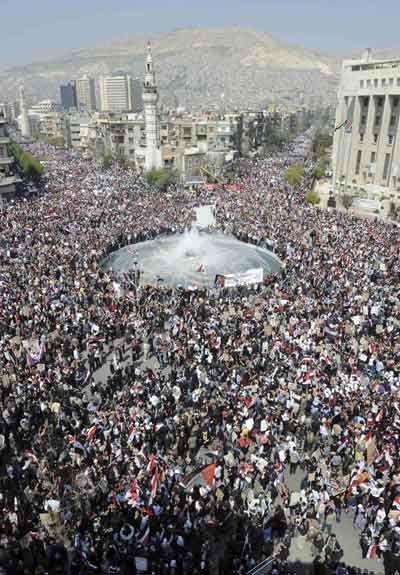