Trump’s one-man foreign policy, characterized by military buildups, sanctions, trade war, isolationism, xenophobia and anti-multilaterism is threatening not only the US, but the entire world.

The Middle East and other regions are on the verge of collapsing or new chaos, while petty ”national security interests” and “America First” policy are sabotaging an international unity and order that might reverse a catastrophic development.

A blatant example of the Trump adminstration’s refusal to engage in crucial inititives and diplomacy to save global peace and security was when the US began trade wars with friends and foes and walked out of numerous international treaties.

The Trump administration withdrew US participation from the Paris Agreement on Climate Change and the UN Human Rights Council, as well as less known treaties. US representatives have walked out of negotiations on the Transpacific Partnership Trade Agreement and the UN Global Compact for Migration, as well as renouncing the Joint Comprehensive Plan of Action (JCPOA), i.e. the Iran Deal.

Furthermore, the Trump administration has announced the US withdrawal from the Intermediate-Range Nuclear Forces Agreement with Russia and ended cooperation with UN rapporteurs on human rights violations within the US, while cutting down funding for UN Peacekeeping and UN agencies dealing with human rights, Palestinian refugees, population control, sustainable development and global warming.

Contempt for multilateralism and cynical exploitation of fears for negative impacts of immigration are also being expressed by the slogan “America First”, which Trump declared as a theme for his administration.

He used the phrase in his inauguration address and it is part of the title of the federal budget, referencing to increases to the military, homeland security and cuts to spending towards foreign countries. The history of this specific slogan may expose some of the xenophobia and isolationism lurking behind Trump’s politics.

“America First” has echoed through a nation that began to withdraw into itself, while the Trump administration established a nationality quota system, officially based on the pre-existing composition of the American population, but in reality a racist scheme to effectively ban immigration from Asia and Africa and limit migration from Muslim countries like Iran and Syria.

Considering this, the battle cry of “America First” seems to be an apt slogan for the Trump administration to destabilise the planet and the current trend of multilateralism. An anti-immigration and anti-Muslim stance combined with fears of foreign-inspired terrorism, where ”Catholicism and Judaism” have been superseded by Islam as a threat to the ”American Way of Life”.

In reality, this epitomises the Cold War thinking and cultural hegemony that persists in the mindset of Trump officials and Christian-Zionists. This mindset is leading some sections of the American polity to draw a dividing line, a new type of Iron Curtain, across the world.

The United States has always boasted about being the most orthodox representative of Western civilization. But its destructive actions show that its idea of civilization is little more than the unrestrained and ruthless competition of the law of the jungle. This mindset informs not only Trump’s foreign policy, but has led to extreme divisions within American society itself.

As is, the world is home to a mix of vibrant cultures that are result of thousands of years of history. For thousands of years, Eastern and Western civilizations have benefited tremendously from taking a respectful and tolerant approach towards each other. The Trumpsters week to stir up conflicts across the globe in the name of civilisation and “America First”. They are doomed to be cast aside by the judgement of history. 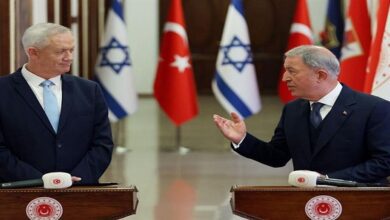 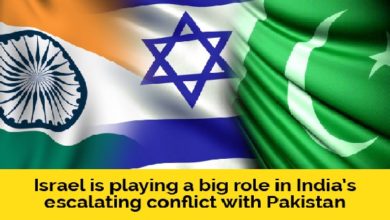