Imam Ali ibn Musa al-Reza (A.S.), the eighth Shi’ite Holy Imam was born on 11th Zee al-Qa’adah 148 A.H. in the holy city of Madinah. He was divinely entitled ‘Al-Reza”(meaning that Allah Almighty and His Holy Messenger (S.A.W.) were deeply pleased with him). Holy Imam was poisoned by Mamun, the Abbasid caliph in Sanabad in Toos region (Khurasan).The Holy Imam (A.S.) attained martyrdom on the last day of the month of Safar 203 A.H./ 818 A.D. and was buried in Sanabad. A. 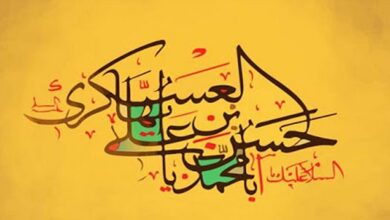 Designation of Imam Ali as successor to the Prophet

Is Iraq a member of the Arab League or of the axis of resistance?

Why do Shias celebrate Eid-e- Ghadeer?