Imam Hasan al-Askari (A.S.) has narrated from his father that, said: â€œWhen the Messenger of Allah (S.A.W.) concluded his trade with Syria and gave as charity all of what Allah bestowed upon him from that trade, he used to leave every morning, climbing (the mount of) Hiraa, and from its summit looking at the signs of Allah’s mercy, His wonders and His wisdomâ€¦ He always learnt lessons from those signs, was reminded by them, and worshipped Allah His due worship.â€

When he passed forty, and Allah looked into his heart and found it the most virtuous, the loftiest, the most submissive, the most obedient, and the most humble of all hearts, He opened the doors of heavens, and Muhammad looked at it. He (Allah) then gave permission to angels, thus they descended and Muhammad saw them. He then ordered (His) mercy thus it descended from the base of the throne (Arsh) upon the forehead of Muhammad.

He (Muhammad) looked toward Gabriel, the trustworthy soul, the peacock of the angels (in beauty), encircled with light, who descended upon him, and took his upper arm and shook him saying, â€œO Muhammad! Read!â€ He replied, â€œWhat should I read?â€ Gabriel said, â€œO Muhammad! Read in the name of your Lord Who created. He created man, out of a clot. Read! And your Lord is the Most bountiful; He Who taught by the (divine) Pen. He taught man (of divine knowledge) that which he knew not.â€ (96:1-5) Thereafter, he revealed to him what his Lord, the Mighty and the Majestic, revealed to him, and then ascended to heaven.

Afterwards Muhammad (S.A.W.) came down from the mount while shivering due to greatness of the glory of Allah and what came down to him. He was greatly concerned lest the people of Quraish reject his news, attribute insanity to him, and claim that Satan has seized his mind. It is while he was the wisest of the Allahâ€™s creation, His noblest being, and that the most hateful thing in his sight was Satan and the sayings and the deeds of the insane.

Thus, Allah (to Whom belong the Might and Majesty) intended to open his chest and hearten him. Therefore, Allah caused the mountains, rocks, clods, etc to address him saying, â€œPeace be upon you O Muhammad! Peace be upon you O authorized friend (Wali) of Allah! Peace be upon you O Messenger of Allah! Glad tidings! Verily, Allah, the Mighty and the Majestic, has given preference to you, adorned and honored you over all His creation from the first to the last. Do not feel sorrow if the people of Quraish say that you are mad or are charmed out of the path. Certainly, the superior is he whom Allah made superior, and the noble is he whom the Creator made noble over all creation. Hence, do not let the denial of Quraish and the arrogant of the Arabs tighten your breast. Since your Lord shall soon take you to the peak of all virtues, and shall elevate you to the highest degrees. He shall soon bless and delight your adherents by your successor, Ali (A.S.), and shall soon delight your eyes by your daughter Fatima. From her and Ali shall come Hasan and Husain, the masters of the youth of paradise? He shall spread your religion in the cities, and shall enormously increase the rewards of the lovers of you and your brother (Ali). He shall put the banner of praise in your hand, and you will put it in the hand of your brother Ali. Under his banner shall be every prophet, every truthful, and every martyr, and he (Ali) shall be their leader towards the gardens of blessings.â€

The Prophet said, (in private): â€œO Lord! Who is Ali that you promise me? Is he the son of my uncle?â€. I heard a call saying, â€œO Muhammad! He is Ali Ibn Abi Talib, My elite, the one by whom I assist this religion, and the one who has preference over your entire nation after you.â€ The Prophet (S.A.W.) continued, â€œIt was the time that Allah relieved my bosom for fulfilling the message and lightened for me the strife of the nation, and made combating the arrogant and the tyrant of Quraish easy for me.â€ 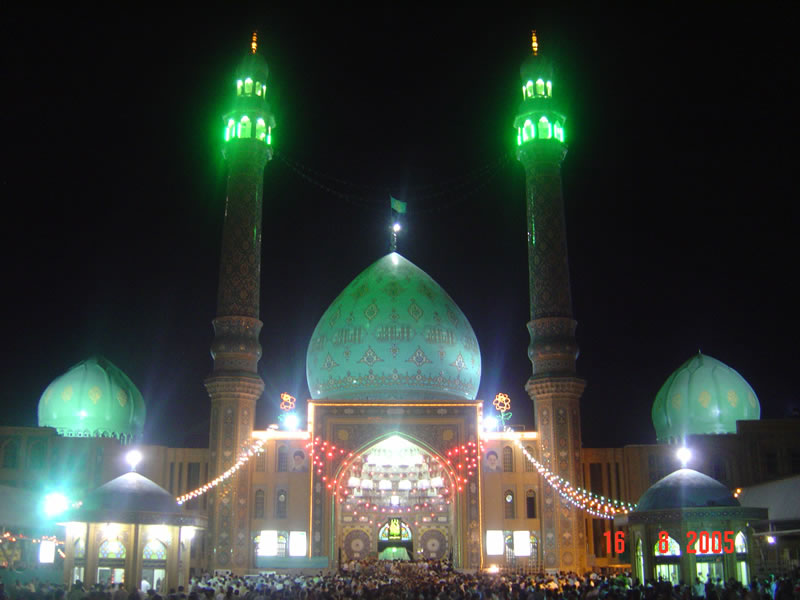 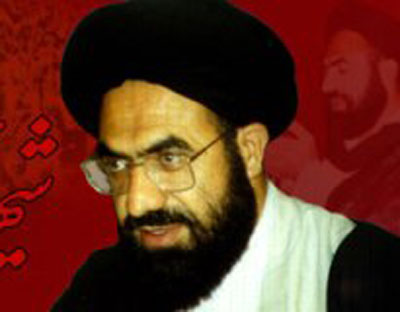 Allama Arif Hussaini, a great leader of Muslims of Pakistan