Heartiest congratulations to you on a very special occasion. Tuesday July 26 Â is that auspicious day when all those who value humanitarian values and have profound belief in God’s promise to humanity are celebrating the day that keeps all expectations alive and save us from despondency. To be more precise, today the 15th of Sha’ban is that blessed day when the Expected Saviour of mankind was born and Â whose reappearance the world is eagerly awaiting to usher in the triumph of right over wrong. He is none other than the one foretold by all religions, the Lord of the Age, Imam Mahdi (PBUH), the 12th and last Infallible Successor of God’s Last and Greatest Messenger, Prophet Mohammad (blessings of God upon him and his progeny).

What you heard were some passages of the famous Dua an-Nudba that the faithful recite every Friday in expectation of God’s promise in the heavenly scriptures to make the righteous the true inheritors of the earth with the appearance of the Promised Redeemer of mankind against whom no power will be able to stand. As God says in verse 105 of Surah Anbiya of the Holy Qur’an: â€œWe had written in the Psalms, after the Reminder (Torah), the earth shall be the inheritance of My righteous servants.”

God’s promise is true and will certainly be realized one day, even though the satanic powers that think they are the ultimate masters of the world with their suppression of the righteous, through devilish organs called ‘international bodies’ and through their distortion of science and technology to make weapons of mass destruction, feel averse. These arrogant powers are indeed a vanishing breed and will soon pay for the magnitude of their crimes against humanity when God decrees the advent of the Saviour of Mankind, foretold by Moses, Jesus, and all other Divine Messengers around the face of the earth, especially the Last and Greatest of them all, Prophet Mohammad (SAWA). As God says in verse 5 of Surah Qasas of the Holy Qur’an: “We desired to be gracious to those that were abased in the land and to make them Imams (or leaders), and to make them inheritors.”

God also says in verse 55 of Surah Noor of the Holy Qur’an in this regard: “Allah has promised those of you who believe and do righteous deeds that He will surely make you successors in the land, even as He made those who were before them successors, and that He will surely establish their religion for them, and will give them in exchange, after their fear, security: They shall serve Me, not associating with Me anything.”

But when will this happen? When will mankind inhale the fresh air of freedom? When will the present pathetic exploitation of human societies in the name of democracy, international laws, campaign against terrorism, etc, end? When will justice reign supreme on Planet Earth? To quote the Prophetâ€™s 6th infallible successor, Imam Jaâ€™far as-Sadeq (PBUH): â€œThis affair (that is, the reappearance of the Mahdi) will not take place unless all types of people have come to power, so none would have the excuse of saying: If we had the chance to rule we would have established truth and justice.â€

Perhaps the hour is at hand. It may be more nearer than we think. The age of globalization and the disappearance of geographical barriers, in addition to the rapid revolution in audio-visual technology that was beyond imagination until a few decades ago means the dawn of the truly global government could be around the corner. But Imam Mahdi (PBUH) is definitely not in need of technology that the domineering regimes of our days jealously and selfishly deny other nations, especially Islamic states, to keep them perpetually backward. His spiritual powers are far greater than the brains of the most brilliant scientists. His miracle will be speed that would make the speed of light pedestrian in comparison. Weapons of mass destruction â€“ stockpiled by the evil regimes to browbeat nations into thralldom and cold-bloodedly annihilate them if they refuse submission â€“ will simply evaporate before his God-given might.

In view of these undeniable facts, Imam Mahdi (PBUH) needs no introduction. He is the 12th and last successor of Prophet Mohammad (SAWA). He is the son of Imam Hasan al-Askari (AS). He was born on the 15th of Sha’ban in the year 255 AH in the city of Samarra in Iraq. His mother was the pure and pious lady, Narjes, descended on her motherâ€™s side from Simeon, the prominent disciple and testamentary legatee of Prophet Jesus (AS), who will also reappear, as all Muslims believe. He went into occultation, as a form of divine trial to test humanity, and by the Will of God, Who had saved Jesus from crucifixion and kept him alive till this day, the 12th Infallible Successor of the Greatest Prophet, will reappear to cleanse the world of all traces of oppression. The coming of Imam Mahdi (PBUH), along with Prophet Jesus who will serve as his lieutenant, is thus a fundamental principle of Islamic faith that no one can deny, because it is against Divine Justice to leave humanity unguided, without redemption and at the mercy of the satanic powers. These are indeed tidings for all humanity irrespective of the colour of skin, class and social status, language spoken, and even creeds followed. It is only the unrepentant oppressors who blindly follow the devil that are scared of the advent of the Promised Saviour for the fate they will suffer for their unabated crimes against humanity.

However, to remove misconceptions from the minds of those deceived by the Arrogant Powers and their ignorant agents amongst Muslims such as the schismatic Wahhabis, Salafis and Takfiris, whose main objective is bloodcurdling terrorism in order to divide the ranks of the ummah, it should be made clear that Imam Mahdi (PBUH), is neither a prophet nor is the bringer of a new shari’a or code of behaviour for human societies. As the direct descendant of Prophet Mohammad (SAWA), he is the Reviver of the genuine laws of Islam as revealed to his Impeccable Ancestor whose pristine sunnah and seerah (that is, practice and behaviour) he will resuscitate in order to cleanse the world of all vestiges of corruption and oppression, and to establish the global government of justice, peace, and prosperity. This is clear from the authoritative books written by our Sunni brethren such as the famous compilers of hadith â€“ Ibn Maja, Ahmad bin Hanbal, Ibn Dawoud, Hakem Nisaburi the author of Mustadrak as-Sahihayn, etc. to cite a few. To be brief, Imam Mahdi (PBUH) will reappear at the holy Ka’ba in Mecca from where the whole world will be informed of his advance. He will root out superstitions and distortions by reviving the pure and pristine message of Islam as taught by the Prophet. He will proceed toward Iraq, where he will choose the city of Kufa as the seat of power of his global government of peace, prosperity and justice.

Imam Mahdi (PBUH) will defeat all evil forces and all deviant creeds and political systems throughout the world, and lead humanity towards progress that is beyond imagination. For instance, the Prophetâ€™s 6th Infallible Heir, Imam Jaâ€™far as-Sadeq (PBUH) has narrated: â€œAt the time of advent of our Qaâ€™em, God, may He be exalted and glorified, will develop the hearing and sight of our faithful in such a manner that, without there being a messenger between the Qaâ€™em and themselves, He will speak with them and they will hear Him and see Him without Him having left the place where He is.â€

No wonder, the blessed 15th of Sha’ban is celebrated as the Day of the Oppressed in the Islamic Republic of Iran, in order to enlighten humanity of the eventual advent of the Promised Saviour of mankind. So in view of these facts, let us raise our hands in supplication with the words: O Allah! Hasten the reappearance of the Redeemer of Humanity. Amen 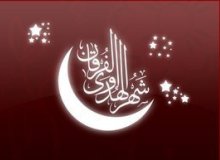 – Holy Prophet, peace be upon him and his family

How Zionism helped create the Kingdom of Saudi Arabia 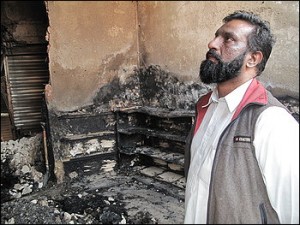 Bombing and fire disrupt a fragile peace in Karachi, Pakistan