Hazrat Ali Asghar (AS) – the youngest child of Hazrat Imam Hussain bin Ali ibne Abi Talib (AS) and Hazrat Rubab (AS), the daughter of the chief of the tribe of Kinda Imraul Qays â€“ was born on Rajab 9 in the holy city of Medinah only some days before Imam Hussain (AS) left Madinah.

Six-month old Hazrat Ali Asghar (AS), the beloved brother of Hazrat Sakinah bintul Hussain (AS) about whom a saying of Imam Hussain (AS) goes that I do not like the place where Sakinah (AS) is not present, has the honour of being the youngest martyr of Karbala.

Walking up to Yazeedi army, Imam Hussain (AS) said, while uncovering the infant: â€œThis child has done you no harm; he is dying of thirst; I am asking for a few drops of water for him.â€ There was stillness in the Yazeedi army. Imam in a clear voice said to Hazrat Ali Asghar (AS): â€œAsghar! My son, show them how thirsty you are!â€ Asghar turned his head towards the soldiers; smiled sweetly; opened his mouth; brought out his dry tongue and moved it over his dry lips. The soldiers were so affected by this that they could be heard sobbing.

Imam (AS) looking at the sky and prayed â€œO Allah, give me courage in this most difficult moment of my life. No Prophet ever was subjected to a test as severe as this.â€ Then Imam (AS) walked towards the tent of Hazrat Rubab (AS). As he approached near he saw her standing at the entrance to her tent with anxiety, the hope, the fear and the restlessness in her eyes. Imam (AS) took seven steps back the tent saying â€œInna lillahi wa inna ilayhi rajeoonâ€. He again took seven steps forwards saying â€œInna lillahi wa inna ilayhi rajeoonâ€. Once again he walked backwards repeating the same ayah. Imam Hussain (AS) did this seven times. At last, Imam went to Hazrat Rubab (AS) with martyred infant and said: â€œRubab! This is a test from Allah, which no mother has ever been asked to go through.â€

Hazrat Ali Asghar (AS)â€™s holy grave is in the holy city of Karbala. 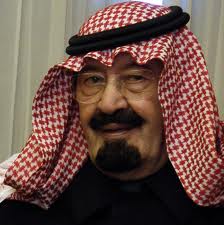 Glance at the state of Shiites, women, immigrants in Saudi Arabia 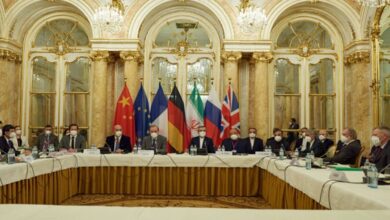