Akbar al-Habib, who has a garment shop in Lighthouse Market, says, “They came in and destroyed everything.”(Pamela Constable/the Washington Post)

KARACHI, PAKISTAN — When a bomb exploded during a Shiite religious procession here last Monday, killing 44 people and touching off hours of violence that left hundreds of shops burned to ashes, it shattered the sense thatÂ Pakistan’slargest city and financial hub was immune to the plague of Islamist violence that has swept this nuclear-armed nation.

With one strategic blast, the attackers added a volatile new ingredient to the cauldron of ethnic and sectarian tensions, political brawls, business mafia rivalries, and street crime that simmers in this metropolis of 18 million. Although these conflicts periodically erupt into violence, they have rarely disrupted the purposeful hum or resilience of city life. This time, the destruction triggered by the explosion was so shocking and affected so many interest groups that the entire city went on strike Friday, uniting in an act of peaceful protest. The normally clogged boulevards and teeming bazaars were silent; the swank seaside eateries were empty. Even the Karachi stock exchange shut down instead of grandly opening for New Year’s Day. “They came in and destroyed everything,” said Akbar al-Habib, 38, standing amid heaps of charred cloth from his garment shop in Lighthouse Market, where dozens of stalls had burned all night while armed men blocked anyone from entering. “Who would do this to us?” Taliban militants claimed responsibility for the bomb that exploded on Jinnah Avenue as several hundred thousand Shiites marched in mourning for a martyred seventh-century imam. For many here, the more important questions are who orchestrated the spree of destructive economic violence that followed and why thousands of police deployed to protect the Shiite procession were unable to stop it. Instead of answers, the six-hour rampage and 48-hour inferno, which caused more than $400 million in damage, have produced a week of confusion and finger-pointing between the Karachi city government, which is run by the urban Muttahida Quami Movement (MQM), and the Sindh provincial government, which is controlled by the rural-based, nationally ruling Pakistan People’s Party. With few solid facts emerging, the devastation has also provided tinder for conspiracy theories to suit the agendas of every religious, ethnic and political group in the complex, fragile mosaic of Karachi society. They range from accusations of economic sabotage by property owners to wild speculation of international plots by Western and anti-Muslim powers.

Some groups have accused Shiite militants of using their holy day to create chaos, saying fire accelerants were hidden inside religious cloths. Shiite leaders insist that most mourners continued with their procession after the bombing, while the looting and arson broke out many blocks behind. They assert that the attackers were trying to provoke sectarian divisions among Shiites and Sunnis, backed by a conspiracy of Western interests. “We were mourning peacefully, and I followed the procession to the end,” Mohammed Hussain, 21, said after Friday prayers at a Shiite mosque. “We could not even bring a cigarette lighter into the march, and we were surrounded by police and barricades. How could we think of such violence?” A few minutes later, he joined a group of Shiite protesters shouting: “Down withÂ Israel. Down with America! Yes to Sunni-Shiite Unity!” Several other theories circulated among merchants from the medicine, cosmetics, plastics and clothing markets that went up in flames. One was that the government or real estate mafias had the shops torched to drive tenants from valuable property. Another was that Pashtun thugs, from the same ethnic group as the Taliban, destroyed the markets to help the extremists and weaken the MQM, which is ethnically Mohajir and ardently anti-Taliban. At Bolton Market, the epicenter of the fire, clusters of angry merchants watched glumly Friday and Saturday while workers shoveled mounds of burned goods from shops. Several multistory concrete buildings had collapsed from the intense fire, fueled by perfume, cotton and other flammable goods. “These people were highly organized. They had weapons, cutters for the locks and chemicals to spread fire. This was not the work of emotional Shiite mourners,” said Wasim Qureshi, 40, a perfume importer. “Our country is in the middle of a war on international terror. Only the terrorists will benefit from this disaster, and whoever did it was working on their behalf.” Pashtun political leaders dismissed accusations that Taliban supporters carried out the violence. Shahi Sayed, provincial president of the major Pashtun party, flatly accused the MQM of staging the violence to tar his community as a terrorist base. “The MQM is like a mafia of thugs who rig elections, blackmail businesses and get support from the army,” said Sayed, a hulking politician whose house is protected by tribal police. “They would destroy their own community to divide the Sindhis, drive out the Pashtuns and keep people away from Islam.” Similar accusations came from the Jamaat-e-Islami religious party, which set up tents near the damaged markets to assist victims of the fire. Local leaders of Jamaat, which is sympathetic to the Taliban, also blamed a plot by the MQM to malign Islam. They published photos in their party newspaper showing alleged MQM loyalists engaged in looting. For MQM officials, Friday’s events were a major political blow. The party has campaigned publicly against the “Talibanization” of Karachi. But now, with the terrorist threat squarely confronting the city, and the business community up in arms over the inadequate response by police and firefighters, Karachi’s leaders are struggling to restore public confidence, tamp down the swirling conspiracy theories and ensure that the incident does not create dangerous new fissures.

“Karachi is the jugular vein of our economy, and a complex city with many fault lines. If Karachi is destabilized, then Pakistan is destabilized,” said Farooq Sattar, an MQM leader and former Karachi mayor, who denied suggestions that his party fomented the violence. “We cannot allow either to happen.” 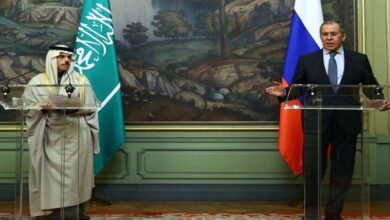