The United Nations special envoy for Yemen Ismail Ould Cheikh Ahmed has informed the UN Secretary-General Antonio Guterres that he decided not to continue his mission after end of his mandate in late January 2018.

Stephane Dujarric de la Rivière, the spokesperson for the UN secretary-general confirmed the decision, saying that Cheikh Ahmed will end his work after three years of activities in relation to the Yemeni crisis. The spokesman has continued that the UN’s Guterres picked a new replacement for Cheikh Ahmed, a British national named Martin Griffiths. Here is a shedding light on three years of Cheikh Ahmed’s mission to get things on the track of peace in Yemen.

The UN during Saudi regime’s three-year-aggression on Yemen has failed to produce a tenable record. The UN’s ignorance of Saudi-led Arab coalition’s crimes against Yemeni nation and even approving a resolution against Yemeni revolutionaries in the United Nations Security Council pushed many analysts to label the international organization the accomplice to the Saudis’ crimes against neighboring Yemen. The peak of passiveness and even collusion of the UN blacklisted in 2016 Saudi Arabia as a violator of the rights of the children during the war. However, not long after that, the then UN head Ban Ki-moon openly announced that the organization removed Saudi Arabia’s name from the blacklist after the oil-reach kingdom threatened to cut its financial aids to the world body. The special envoy to Yemen was seen as no exception as he walked in line with Saudi Arabia.

The Yemenis recognize Cheikh Ahmed as a one who betrayed the trust they put in him to accomplish a pro-peace mission. There is a consensus that he during his tenure did his best to hide from the world the realities of Yemen and the conflict. He, for example, proposed a settlement to the crisis in November 2016 that downgraded the Yemeni crisis to a domestic dispute and declined to name Saudi Arabia as one of the causes of the tension or a hostile party. The roadmap, furthermore, did not call for immediate cessation of the Saudi regime’s brutal pounding of Yemen, where thousands of civilians were killed and injured and millions were displaced. In fact, the UN silence and procrastination in dealing with the Saudi-led barbarity have had a hand in encouraging Saudis to massacre more civilians.

The Yemen conflict originates from the Saudi military campaign, but the envoy downplayed the significance of that, arguing that it was simply a dispute between the opposition and the government of Abd Rabbuh Mansour Hadi, who resigned and fled the country on the heels of the Saudi aggression. Still, in another peace plan, Cheikh Ahmed urged all parties to withdraw weaponry from inside the cities across the country to pave the way for calm. He, however, did not make any mention of the Saudi-caused destruction or crimes against the civilians. The common essence of all of his peace initiatives was that he will not guarantee cessation of the Saudi-led strikes even if the Yemeni parties ensured him that they remain firmly committed to their promises.

He was also after cutting the life lines of the Yemeni people in al-Hudaydah port city in the south of the country which is currently controlled by the revolutionary authority. In June last year, he, while on an Oman visit, offered that the al-Hudaydah Port be handed over to a third party, a move expected to help resume the intra-Yemeni dialogue. But the Yemeni parties refused, arguing that it was treasonous to leave the significant port and hand it over to a third party, arguing that this proposal aims at cutting off the sole supply line of millions of the Yemenis. This plan by the envoy came while Saudi Arabia imposed an all-out sea, air, and ground blockade on Yemen upon launching the bombing campaign back in March 2015.

How the Yemenis reacted

Due to an apparent bias of Cheikh Ahmed in favor of Saudi-led coalition, the Yemeni sides welcomed the end of his term. Mohammed Ali al-Houthi, the president of Yemen’s Revolutionary Committee in a post on Twitter maintained that it was positive that the UN listened to the Yemeni people call for the removal of Ismail Ould Cheikh Ahmed as the UN envoy to the Yemeni conflict. He in another tweet added that Yemen expected the UN to pick a replacement who does not take the same old path and who is not unfair to the Yemeni people and their fair ideals. Al-Houthi continued that choosing one who does not set eyes on the Saudi cash will be a step welcomed by the Yemeni people. The Yemeni official hoped that after the new choice, aggression against Yemen is halted.

In general, as a UN envoy to a regional crisis, and not a personal figure, Cheikh Ahmed tremendously betrayed the Yemeni revolutionaries’ agenda and cause. His reports and proposals substantially prepared the ground for intensification of the Saudi crimes against the Yemeni people. 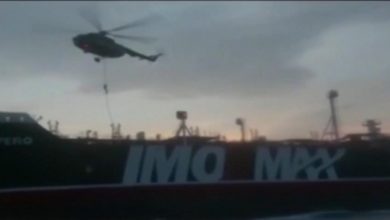 What Is Really behind British Tanker Seizure?

New focus on how Pakistan will address militancy

Documentary: In the Name of the Profit: ISIS and Turkey Dirty Ties, Oil and Gun Trade