Hadrat Fatima Masumah the Blessed and the Gracious Divine Lady from the Holy Ahlul Bayt was born in the holy city of Madinah, Her father Imam Musa al-Kazim the 7th Shia Imam. She died on 10th of the month of Rabi al-Thani 201 A.H. and buried in Qum. On the Sad Occasion of the Death Anniversary of Hadrat Fatima Masumah we extend our Heartfelt Condolences to all the lovers of the Holy Ahlul Bayt.

Hadrat Fatima Masumah (S.A.) the Blessed and the Gracious Divine Lady from the Holy Ahlul Bayt (A.S.) was born in the holy city of Medina on the First Day of the month of Dhu al-Qa’dah 173 A.H. Hadrat Fatima Masumah (S.A.) was the most learned scholar and very pious lady and was greatly revered by the Holy Imams (A.S.). She was buried in the holy city of Qum (Iran) and her holy shrine is every year visited by millions of the lovers of Holy Ahlul Bayt (A.S.).

The Learned Divine Lady from the Holy Ahlul Bayt (A.S.)

The traditions quoted by Hadrat Masumah (S.A.) are among the most authentic traditions which are present in various books of traditions.

She was Masumah (the Immaculate)

Hadrat Fatima bint Musa al-Kazim (A.S.) was most pious, noble and reverend lady. Like her holy grandmother Hadrat Fatima Zahra (S.A.) she was always busy in performing Salaat (prayers) and kept fast most of the days. She was greatly respected and revered by her holy father Imam Musa al-Kazim (A.S.) and her elder brother Imam Reza (A.S.). She becomes famous as Masumah (the Immaculate) during her lifetime. Imam Reza (A.S.) has said about Hadrat Fatima Masumah (S.A.) “Whoever performs the Ziyarah of ‘Fatima Masumah’ in Qum is like the person who has performed my Ziyarah”.

Hadrat Fatima Masumah (S.A.) is also considered as Karimah-i Ahlul Bayt (A.S.) because she was very kind and gracious. Thousands of miracles have been recorded at the holy grave of her and she fulfills the rightful wishes of the believers and she miraculously heals incurable patients. Imam Jafar Sadiq (A.S.) has quoted “By the intercession of Fatima Masumah (S.A.) all my Shias will enter the paradise”.

Passing away of Hadrat Masumah (S.A.)

In the year 200 A.H. a year after the forced migration of Imam Reza (A.S.) from Medina to Marw in Khurasan by the reigning Abbasid caliph Mamun, Hadrat Masumah accompanied by her brothers left Medina for Khurasan to meet her elder brother Imam Reza (A.S.). When they reached Saveh in central Iran they were attacked by the Abbasid army and many of his brothers were mercilessly martyred. A lady servant on the orders of the Abbasid commander poisoned Hadrat Masumah (S.A.) during her stay in Saveh.

Hadrat Masumah (S.A.) became severely ill and in this condition she migrated to Qum where the Shias of the city warmly welcomed her. The effect of poisoning increased during her short stay in Qum and she attained martyrdom on 10th of Rabi al-Thani 201 A.H. Hadrat Masumah (S.A.) had great longing to meet her brother Imam Reza (A.S.) but due to her sudden death she could not meet him. Imam Reza (A.S.) was deeply grieved when he came to know about the demise of her beloved sister Hadrat Fatima Masumah (S.A.).

The Merits of the Ziyarah of Hadrat Fatima Masumah (S.A.)

There are many traditions from the Holy Imams (A.S.) recommending the Shias to perform the Ziyarah of the holy grave of Hadrat Masumah (S.A.) in the holy city of Qum.

The holy city of Qum

The holy city of Qum in central Iran, 150 km to the south of Tehran became one of the first bastions of Shi’ism and till the present day it is the leading center of Islamic seminaries where more than forty thousand scholars and students are learning Islamic sciences in the numerable Islamic seminaries. At present about two hundred Islamic research and cultural centers are active in this holy city.

In the year 83 A.H. the Arabs belonging to the Ash’ari tribe migrated and settled in this region and laid the foundation of this city. From the beginning of its establishment the city of Qum became the dwelling place of the Shias and by the end of first century Hijrah more than 6000 Shias settled in this city. The Shias of this city revolted against the Umayyad caliphs and after the inception of the Abbasid caliphate in 132 A.H. they also opposed the Abbasid caliphs.

Hadrat Fatima Masumah (S.A.) the Blessed and the Gracious Divine Lady from the Holy Ahlul Bayt (A.S.) was born in the holy city of Medina on the First Day of the month of Dhu al-Qa’dah 173 A.H. Hadrat Fatima Masumah (S.A.) was the most learned scholar and very pious lady and was greatly revered by the Holy Imams (A.S.). She was buried in the holy city of Qum (Iran) and her holy shrine is every year visited by millions of the lovers of Holy Ahlul Bayt (A.S.).

On the first of Dhi al-Qa’dah in 173 AH, the city of Medina was enlightened by the birth of Hadrat Fatimah Ma’soomah (A.S.)(1). She was born to Imam Moosa ibn Ja’far (A.S.) and her mother, Najmah.

Hadrat Fatimah Masumah (A.S.) was the second and last child of Najmah, after her older brother, Imam Ali ibn Moosa al-Reza (A.S.). In fact, after Imam Reza (A.S.), she has the highest status and position amongst the children of Imam Moosa al-Kadhim (A.S.). (2)

One year after Imam Reza (A.S.)was forcibly taken to Khurasan (in year 201 AH) by the orders of Ma’moon, Hadrat Masumah (A.S.), along with her brothers and some of her relatives, left Medina for Marw in order to visit her brother, Imam Reza (A.S.).
On their way, when they reached the city of Saweh, the enemies of Ahl al-Bait attacked them. After a serious struggle, many of her relatives were martyred, and a woman in Saweh poisoned her. (3)

Grief over the loss of her relatives and the effects of the poison put Hadrat Masumah (A.S.)into a severe illness. She asked her companions to take her to the city of Qum, for she had heard her father say, “Qum is the center of our Shiites.”

When she arrived in Qum, the people of the city welcomed her. Moosa ibn Khazraj, who was amongst the great people of Qum, respectfully invited her to his house.

17 days later, on the 10th of Rabi’ al-Thani of the year 201 AH, after 28 years of sufferance and difficulty, Hadrat Ma’soomah (A.S.)no longer could endure her sickness and the effects of the poison. She left this world with a broken heart, while she had not been able to see her brother. She was buried in Qum and her shrine became the beauty of this city since then.

From amongst the narrators, we come across to narrators who happen to be women. One of these virtuous women is Hadrat Ma’soomah (A.S.), who has narrated many Hadiths from Lady Fatimah (A.S.)and the other Infallibles (PBUT). Actually, because of her prominence, both Shia and Sunni narrators have considered the Hadith narrated by her as authentic.

The Hadiths narrated about Hadrat Ma’soomah (A.S.)reveal her superiority in knowledge and virtue (6). From the point of view of Ahl al-Bait (PBUT), Hadrat Ma’soomah possesses a high status. In regards to her particular status, Imam Reza (A.S.)has said:
“One who visits the shrine of Ma’soomah {PBUH} in Qum is like one who has visited my shrine.” (7)

Also in regards to her particular status, Imam Sadiq (A.S.) has said:
“… A lady from my children, named Fatimah daughter of Mousa, will pass away there (Qum), which all our Shiites will enter paradise with her intercession”. (8)

Imam Sadiq (A.S.) said this Hadith at a time when neither Hadrat Ma’soomah (A.S.)nor her father was born yet, and this expresses her high status.

Now on the occasion of her demise let us go over on a phrase from her Ziarat:
“O Fatimah! Intercede for me in heaven, as you have an outstanding position from Allah {SWT} for intercession.”
(Selection taken from “The Generous Lady of Ahl al-Bait”, by Ali Akbar Mahdipour, and some other sources)

Footnotes:
1- No other days or months have been narrated regarding her birthday, but two have been mentioned for the year she was born:
a)173 AH (according to Mustadrak al-Saqifah) b) 183 AH (according to Nuzhat al-Abrar – Lawaqih al-Anwar)
Considering the date of martyrdom of Imam Moosa ibn Ja’far (A.S.), the first date seems more likely to be true.
2- Tawarikh al-Nabi Wal’al, p. 65
3- Wasilah al-Ma’soomiah, by Mirza Aboutalib Byouk, p. 68; Al-Hayat al-Siasiah lel Imam al-Reza (A.S.), by Ja’far Mortaza Ameli, p. 428
4- Nothing else has been narrated for the year of her martyrdom; however, 3 have been narrated for the day and month:
a) 10th of Rabi’ al-Thani (according to Nuzhat al-Abrar and Lavaqih al-Anwar) (which coincides with the 40th day after the martyrdom of Imam Reza (A.S.))
b) 12th of Rabi’ al-Thani (according to Mustadrak al-Saqifah)
c) 8th of Sha’ban (according to Hayat al-Sitt)
The first one seems more likely to be true
5- Kashf al-Le’ali, Salih ibn Arandas Helli
6- Nasikh al-Tawarikh, vol. 3, p. 68; Mustadrak Wasael al-Shia, vol. 10, p. 368
7- Al-Naqd, p. 196; Majalis al-Mu’minin, vol. 1, p. 83; Bihar al-Anwar, vol. 60, p. 216
8- Allamah Majlisi has narrated this Ziarat from Imam Reza (A.S.)in his valuable book of “Tuhfah al-Za’ir” in addition to Bihar al-Anwar. He has stated in the introduction of Tuhfah al-Za’ir that he had only narrated the Ziarat which were proved to be authentic in that book.

Sleeping with sectarianism: How militants are becoming a political force in Pakistan 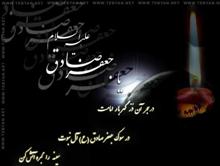 What Behind Zealous Israeli Support for Kurdish Independence Referendum in Iraq?