In mid-November, Gadi Eizenkot, the chief of general staff of Israel’s defense forces, landed a media coup. He described, in broad terms, how he viewed his country’s relations with Iran on one side and Saudi Arabia on the other. He did so in an interview with the Saudi Arabian website Elaph. Journalist Othman Al Omeir, who owns Elaph, also has very close ties to the Saudi newspaper Asharq Al-Awsat. That newspaper, in turn, is owned by the Saudi king. Thus, Eizenkot had pushed forth into the heart of the Saudi media scene.

Eizenkot explained that Israel was prepared to share information as well as intelligence material with moderate Arab states in order to “counter Iran”. He answered the question of whether Israel had already shared intelligence with Saudi Arabia by quoting from a letter of intent: “We are prepared to share information when necessary. We have many common interests.” He did, however, make one thing crystal clear: Iran is viewed by Israel as the “greatest threat to the region.”

Israeli Prime Minister Benjamin Netanyahu also addressed a possible reorientation of Israeli-Saudi relations, albeit in general terms, and without directly referring to Saudi Arabia. Speaking at a memorial service on the occasion of the 44th anniversary of the death of Israel’s founding father, David Ben-Gurion, Netanyahu talked of the “fruitful cooperation between Israel and the Arab world.” He declined to go into detail but said he was confident that relations would grow. “This will enable us to continue working toward peace.”

It appears that both countries are being particularly careful about communicating mutual rapprochement through unofficial channels. The fact that Eizenkot granted Elaph an interview can be seen as evidence of a deliberately defensive PR strategy. Anwar Ashki, a former general in the Saudi army, expressed himself in similar fashion. He emphasized that relations between both countries were only unofficial at this point, when speaking on DW’s Arabic language show Massalya. Yet Ashki also led an Arab delegation visiting Jerusalem this July. There, the delegation met with members of Israel’s parliament, the Knesset. Officially, the talks conducted by both sides were about lending new impulses to the Saudi-led Arab Peace Initiative, which began in 2002 and is designed to ease tensions between Israel and the Arab world. Speaking on Massalya, Ashki underscored the fact that he had not been in Israel but rather in Jerusalem, “the capital of the Palestinians.”

Such statements are intended as concessions to broad swaths of the Arab world that must first get used to this new tone after decades of military and propaganda confrontation. Nevertheless, Ashki said that Saudi citizens are ready for rapprochement. The reason for this shift in public opinion is obvious. “It was not Israel that fired rockets at us, it was Iran,” he said. “It is they who threaten our national security.”

Ashki was referring to the latest escalation in the US-backed war that Saudi Arabia has been waging against Houthis in neighboring Yemen for the last two-and-a-half years. In early November, Houthis fired rockets on the Saudi capital Riyadh from Yemeni territory. The missiles were intercepted by the Saudi air force. The Saudi government suspects that Iran being behind the attack. Crown Prince Mohammed bin Salman has continually ratcheted up diplomatic tension with Iran, positing the country as a threat to the kingdom’s national security.

Israel, too, sees itself threatened by Iran. The Teheran-allied Hezbollah has used its engagement in the war in Syria as an opportunity to push forward into the Israeli-occupied Golan Heights. In September, Israel conducted massive military maneuvers to prepare for the potential of renewed confrontation with Hezbollah.

Impact on the Middle East

It remains to be seen what effect Israeli-Saudi rapprochement will have on the Middle East as a whole. For decades, the Arab world has professed solidarity with the Palestinians.

For Qais Abd al-Karim, the deputy secretary general of the Democratic Front for the Liberation of Palestine (DLP), such statements by Israel about its new relationship with Saudi Arabia are mainly “media announcements.” Karim told DW they are intended to give the impression “that relations between the two states are developing into an alliance that is itself designed to express a common stance against Iran and its allies in the region.” 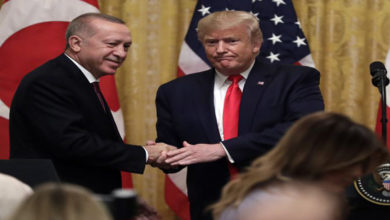 Turkey under Erdogan continue to fall to US trap in Syria 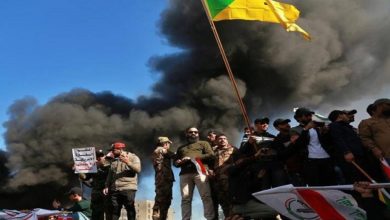 What’s Bin Salman After in His Western Tour?