The life of the takfiri terrorist groups, especially ISIS, is coming to an end in Syria and Iraq thanks to the popular resistance forces’ support for the Arab countries’ national armies. However, experts unanimously rule out obliteration of the Daeshism (from Daesh, Arabic acronym for ISIS) in the short run.

However, the West Asia region’s conditions do not look quite appropriate as before for free prancing of a wide range of terrorist groups, making them move their activities to other parts of the world. In June, ISIS-linked terrorists in their recent push in Southeast Asia seized Marawi, a city in the Philippines province of Lanao, triggering a state of emergency in this part of the country. The developments triggered predictions that the next station of the takfiri terrorism appears to be the Southeast Asia region.

Especial circumstances of Southeast Asia, elaborated blow, can provide the proper grounds for spread of extremists in the region:

The Southeast Asian countries including Indonesia, Malaysia, Singapore, Philippines, Thailand, Cambodia, Laos, Myanmar, Vietnam, and Brunei together have a population of over 600 million. Some forty percent of this population is Muslim. The region is a complex of sporadic islands, a shape giving it special geographic position. There are some 6-10 thousand uninhabited islands spreading across the region that can provide the takfiri terrorists with safe havens and launching pads for attacks on the neighboring states. The considerable Muslim population of the region makes a suitable excuse for the ISIS and other terrorist organizations to relocate command centers to the region.

The Muslims of the region are living side by side with the other religious groups including the Buddhists, but are apparently marginalized in these societies, especially that the Muslims involvement in the political structure in comparison to other religious groups is in its lowest levels. Political discontent automatically facilitates inclination of the especially young generations to extremism. This case is specifically true about Indonesia where the large Muslim community supplies the takfiri groups with young recruits. The Ansar Al-Tawhid, for example, grew up beside traditional parties and holds strong pro-ISIS tendencies in the country.

The climactic point of religious and ethnical conflicts in East Asian region came to surface in Myanmar, where extremist Buddhists are committing genocide against Rohingya Muslim minority. Such violence has root in the regional countries’ history. This barbarity derives from chasms between various ethnic groups that encourage humiliation of one identity by the other. Extreme degrees of this humiliation include heavy crackdowns that results in spread of hate among the oppressed ethnic groups. One irrational way of responding to the cruelty is joining the takfiri groups for revenge.

Despite development, the economic growth is highly unequal and against interests of the Muslims in Southeast Asia. Serious ramifications are the outcome of this inequality. For example, many people migrate to the West Asian countries, where they are recruited by fundamentalist organizations with which they fight in Syria and Iraq. These recruits pose risks to their home countries upon return from the battlefields.

The Muslim-inhabited regions in Southeast Asia are hit by poverty despite their wealth of natural resources. For instance, in the Philippines capital city of Manila the per capita income is 17 times as much as the public income in Mindanao, where Muslims are in majority. In June, the Islamist militants seized Marawi city in a sweeping operation, building their campaign on the Muslim dissent that helped recruit fighters.

Malaysian, Indonesian, and Filipino workers, armed with extremist ideology, are present in Hong Kong, Taiwan, and Australia, and pose direct risks to these countries, with the governments unlikely to carry potentials to maintain outbreak of crisis. According to a report published by the Shanghai International Studies University, Asia terrorism is fed by social deprivation, poverty, and disappointment. The report recommends measures to prevent risks:

– Speeding up economic growth across Southeast Asia, especially in areas like Borneo that covers Malaysia’s Sabah and Indonesia’s Kalimantan and Sulawesi, Papua, and Maluku islands.

– Mid-term economic and strategic unity in the region

No challenge to the states, including terrorism, can receive precise survey without bringing in spotlight its foreign aspects. Meaning to serve their interests, the superpowers can have impacts on terrorism spread. The US, for example, has well learned how to take advantage of the regional troubles. Crisis in Southeast Asia meets the American interests as it does in the West Asia. Chaotic conditions allow Washington to expand influence in the East under the excuse of counterterror campaigning.

Rise of terrorist militias in the West Asia paved the way for return of the US to the regional equations. Now, Southeast Asia appears next in the line for the US intervention. The competition between the global powers is turning to the East. Now China economically and Russia militarily take on the US. Terror crisis eruption in the areas of influence of the two powers can involve them in troubles and erode their strength, something serving as a pressure tool in the hands of the Americans for checking the two rivals’ thriving power. It is not baseless if big share of spread of takfiri terrorism in Southeast Asia is attributed to the US.

The transfer to the Southeast Asia of terrorism is expected to take place through two ways: relocation of ISIS and other terrorist groups’ command centers to the region and recruitment of the discontented minorities. To avoid the risks, deep social and economic gaps should be bridged mainly through elimination of anti-Muslim discrimination. Russia and China need to work closely to curb terrorism transfer to the region, especially by blocking American steps towards this end. 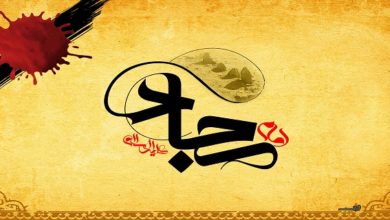 Iran warded off US war on Syria

Ghadeer: Why did the Prophet leave it so late?