When Lady Fatima (s.a.) attained the age of maturity and was ready to get married, the Prophet Mohammad (P.B.U.H) started receiving proposals from various people for her daughter.

When Lady Fatima (s.a.) attained the age of maturity and was ready to get married, the Prophet Mohammad (P.B.U.H) started receiving proposals from various people for her daughter. Salman Farsi (r.a.) and Lady Umm-e-Salma (r.a.) narrate that “When Lady Fatima (s.a.) attained the marriageable age, the important people among the tribe of Quraish started sending proposals to the Prophet Mohammad (P.B.U.H) but the Prophet (P.B.U.H) did not accept any proposal saying that he was waiting for the order of Allah (swt) to decide this issue”.

Imam Ali (AS) makes the proposal

With this encouragement and soft tone from the Prophet (pbuh&hf), Imam Ali (AS) said “My parents be ransom for you, you know that since my childhood, I have dedicated myself for your service. You have educated me from be beginning and brought me to this status. It is because of your encouragement that I feel this courage in myself to express my heartfelt wish that you give me the honor of becoming your son-in-law. I have concealed his wish in my heart for a long time thinking that this might not be according to your wishes as well. Is there a possibility that this could happen?”.

Lady Umm-e-Salma (r.a.) mentions that “I was watching this affair from a distance and I saw that as soon as Imam Ali (AS) completed his request, the face of Prophet Mohammad (P.B.U.H) lit up and he asked Imam Ali (AS) – what have you got to realize this act”. Imam Ali (AS) said “O Prophet of Allah(swt), you know my condition very well, I have only a sword, my war dress and one camel”. Prophet Muhammad (P.B.U.H) said: “Ali, you definitely need your sword for fighting Jihad and camel for traveling, however, you war dress could work. O Abul Hassan (AS), I want to give you the good news that Allah (swt) has made the decision and already recited your Nikah with my daughter Fatima (SA) in the Arsh. Just before your arrival, Allah (swt) sent an angel to give me this good news.”

Nikah recited on the Arsh

“Maarij an-Nabuwwah” also states that Jabreel (AS) narrated the story of the Nikah recited on the Arsh. He said “O Prophet of Allah (swt), Allah (swt) has chosen you and made you the most respected and high among his creatures and has selected Ali (AS) as your brother and has decided that the Nikah of your daughter and the servant of Allah(swt), Fatima (SA) would be with Ali (AS). Allah (swt) arranged for their Nikah in such a manner that he addressed the dwellers of Jannah to dress themselves with ornaments of Jannah and then ordered all the angels to assemble together on the 4th Sky.

He then filled the 4th sky with Noor and then appointed Adam (AS) to recite Khutba to begin the Nikah ceremony. After khutba of Adam (AS), Allah (swt) ordered an angel named Raheel to recite Hamd. Raheel is the most beautiful of angels and possesses the most beautiful voice. After recitation of Hamd, Allah (swt) informed me (Jabreel (AS) ) the He has performed the Nikah of His servant Lady Fatima (SA) with His chosen person Imam Ali (AS) and that I should spread this news among the angels. I acted accordingly and made all the angels testify the event. Allah (swt) then ordered me to write all this event of this silk cloth of Jannah and present it to you.”

After mentioning this event, Prophet Mohammad (P.B.U.H) said “O Abul Hasan (AS), the order of Allah (swt) has been served and I invite you to come to the mosque so that this Aqd should be formalized on the earth as well among witnesses.”

Such was the importance of this marriage that Allah (swt) arranged the ceremony on Arsh and then Himself decided and recited the Nikah of Imam al-Muttaqeen, Amir-ul-momineen Ali ibn Abi Talib (AS) with the leader of the women of this world and in paradise Lady Fatima (SA).

The above event has been mentioned in various other books as follows:

Prophet Mohammad (P.B.U.H) led Imam Ali (AS) into the mosque and asked him to sell off his war dress and present that money to the Prophet(pbuh&hf). The dress was sold in 400 dirhams, according to some traditions, and were presented to the Prophet Mohammmd (P.B.U.H) who gave them to Salman Farsi(a.r.) and Bilal(a.r.) and asked them to buy some articles of use from the market. They went to the market and bought the following items as jahez of Lady Fatima (SA)

– Two mattresses made of Egyptian canvas. (One stuffed with fiber and the other with sheep wool).
– A leather mat.
– A pillow made of skin, filled with palm tree fiber.
– A Khaibarion cloak.
– An animal skin for water.
– Some jugs and jars also for water.
– A pitcher painted with tar.
– A thin curtain made of wool.
– A shirt costing seven (7) dirhams.
– A veil costing four (4) dirhams.
– Black plush cloak.
– A bed embellished with ,ribbon.
– Four cushions made of skin imported from Ta’ef stuffed with a good smelling plant.
– A mat from Hajar.
– A hand-mill.
– A special copper container used for dyestuff
– A pestle for grinding coffee.
– A (water) skin.

When the items of Jahez were received, Prophet Mohammad went to Lady Fatima (SA) and said “Your Nikah has been recited on the Arsh by Allah (swt) with my cousing Ali (AS) and He has ordered me to recite your Nikah on the earth as well. I have gather my companions to do so and now seek your agreement and permission to recite this Nikah.” Hearing this, Lady Fatima Zahra (SA) bowed her head with shyness which indicated her agreement. The Prophet (P.B.U.H) came out of her hujra and orderd Bilal (a.r.) to gather all Ansaar and Muhajireen.

Lady Fatima (SA) in the house of Imam Ali (AS)

A non-planned period of time elapsed between the engagement and the wedding ceremony, because Imam Ali (AS) was too shy to ask the Prophet to assign a day for the wedding, while he (P.B.U.H) wanted to protect Fatima’s pride by refraining from asking Ali to do so.

Despite Imam Ali (AS) ‘s shyness, he accompanied Aqeel to the Prophet’s house to fulfill his wishes. On their way to the Prophet’s house, they met Um Ayman (r.a.) who, when told the reason for their visit, asked them to leave the matter to her. She, in turn, informed Um Salama (r.a.) who brought the matter to the attention of the Prophet (P.B.U.H) who called for Imam Ali (AS) and asked his opinion. Imam Ali (AS) expressed his desire to bring Lady Fatima (SA) to his home which was donated by one of his followers. The Prophet (P.B.U.H) asked Imam Ali (AS) to hold a dinner (walima) because Allah (swt) is pleased with those who do so; for the social good it does-such as bringing people together and implementing love and harmony among them.

Imam Ali (AS) arranged for the dinner and invited the people to the feast. Men and women from all around Madinah gathered in the house. They ate, drank and even took food to their homes. The blessings of the Prophet (P.B.U.H) were obvious on that day, for not only the food was enough to feed everyone, but also it did not decrease at all. The Prophet (P.B.U.H) asked for food containers to be brought and filled them and sent them to his wives and left a special container for Lady Fatima (SA) and her husband.

By sunset, the wedding night had begun; it was time for Lady Fatima (SA) to depart to her new home. Everything went well, for the Prophet (P.B.U.H) had made all the necessary preparation for the wedding. Despite the simplicity and modesty of her wedding, Lady Fatima (SA) ‘s marriage ceremony was surrounded by signs of greatness, excellence, and beauty.

The Messenger of Allah (P.B.U.H) ordered his wives to embellish Lady Fatima (SA) before the wedding; they perfumed and dressed her with jewelry. They all helped her to get ready; some combed her hair while others embellished and dressed her in the dress brought by Gabriel from Paradise. Al-Khateeb Al-Baghdadi in Tareekh Baghdad V.5, P.7, Al-Hamvini in Durar Al-Simtain, Al-Dhahabi in Mizan Al-Etedal, Garani in Akhbar Al-Dowal, and Qandouzi in Yanabi’ Al-Mawaddah have narrated that Ibn Abbas said:

‘When Fatima was taken to Ali’s house on her wedding night, the Prophet proceeded her, Gabriel was on her right, and Michael on her left, and seventy thousand angels followed her. These angels praised and glorified Allah until dawn!The Hashemi men, Abdul Muttalib’s daughters, and Muhajarin and Ansar’s women all accompanied Fatima’s caravan that night. The Prophet’s wives joyfully led the caravan; they were also the first to enter the house.

“May Allah bless his Messenger’s daughter; Ali, this is Fatima, you are responsible for her (or I entrust her to you) Ali, what an excellent wife Fatima is!

Fatima, what an excellent husband Ali is!

O Allah, surely they are the most beloved to me from among your creatures, so love them too, and assign for them a guardian.

I place them and their progeny under your protection from the curse devil.” 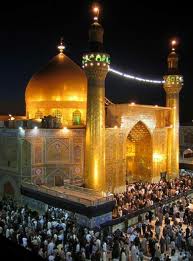 Every day is Ashura and every land is Kerbala 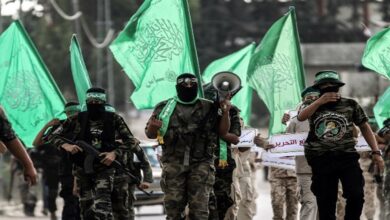 Eid ul Fitr: Meaning and Purpose according to Imam Ali (AS)