– Muhammad Ibn `Ali al-Jawad (at-Taqi) (peace be Upon him)

Imam Muhammad al-jawad was brought up by his Holy father Imam `Ali al-Ridha for four years. under the force of circumstances Imam ` Ali al-Ridha had to migrate form Medina to khurasan (Iran), leaving his young son behind him. the Imam was fully aware of the treacherous character of the ruling king and was sure that he would return to Medina no more. So before his departure from Medina he declared his son Muhammad al-Jawad as his successor, and imparted to him all his stores of divine knowledge and spiritual genius.

Imam Ali al-Ridha was poisoned on 17th safari 203 AH and with effect from the same date Imam Muhammad al-Jawad was commissioned by Allah to hold the responsibility of Imamate. At the tender age of eight there was no apparent chance or means of the young Imam reaching great heights of knowledge and practical achievements. But after a for days hi is known not only to have debated with his contemporary scholars on subjects pertaining to fiqh ( Islamic jurisprudence), hadith ( tradition), tafsir (Qur’anic exegesis), etc. and outwitted them, but also to exhort their admiration and acknowledgment of his learning and superiority. right from then the world realized that he possessed divine knowledge and that the knowledge commanded by the Holy Imam was not acquired, but granted by Allah.
* * *
Literary Attainments and excellence:

The span of the life of Imam Muhammad al-Jawad was shorter than that of his predecessors as well as his successors. He become Imam at the age of eight years and was poisoned at the age of twenty – five ; yet his literary attainments were many and his commanded great respect and esteem. The Holy Imam al-Jawad was the symbol of Prophet Muhammad’s affability and Imam `All’s attainments. His hereditary qualities comprised of gallantry, boldness, charity, learning, forgiveness and tolerance, The brightest and most outstanding phases of his nature and character were to show hospitality and courtesy to all without discrimination , to help the needy; to observe equality under all circumstances, to live a simple life; to help the orphans, the poor and the homeless; to impart learning to those interested in the acquisition of knowledge and guide the people to the right path.
* * *
Migration to Iraq:

For the consolidation of his empire, it was realized by al-Ma’mun, the ` Abbasid king, that it was necessary to win the sympathy and support of the Iranians who had always been friendly to the Ahlul-Bayt. consequently, al-Ma’mun was forced , from a political point of view , to establish contacts with the tribe of Bani Fatimah at the expense of the ties with Bani ` Abbas and thereby win the favour of the shi`ah. Accordingly, he declared Imam `Ali al-Ridha as his heir even against the Imam’s will and got his sister umm Habibah married to him. al-Ma’mun expected that Imam ` Ali al-Ridha would lend his support in political affairs of the state. But when he discovered that the Imam was little interested in political matter and that the masses were more and more submitting themselves to him due to his spiritual greatness, he got him poisoned.

Yet the exigency which directed him to nominate Imam ` Ali al-Ridha as his heir and successor still continued. Hence he desired to marry his daughter ummau` l-fadl to Muhammad al-Jawad, the son of Imam `Ali ar-Rida and with this object in view, he summoned the Imam from Medina to Iraq. The Bani ` Abbas were extremely disconcerted when they come to know that al-Ma’mun was planning to marry his daughter to Imam Muhammad al-Jawad. A delegation of some leading persons waited on him in order to dissuade him from his intention. But al-Ma`mun continued to admire the learning and excellence of the Imam. He would say that though Imam Muhammad al-Jawad was still young , yet he was a true successor to his father in all his virtues and that the profoundest scholars of the Islamic world could not compete with him” when the `Abbasides noticed that al-Ma’mun attributed the Imam’s superiority to his learning they chose yahya ibn Aktham, the greatest scholar and jurist of Baghdad, to contend with him.

Al-Ma’mun issued a proclamation and organized a grand meeting for the contest which resulted in huge gathering of people from all parts of the kingdom. apart from noble and high officials, there were as many as nine hundred chairs reserved for scholars and learned men only. The world wondered how a young child could contest with the veteran judge in religious laws (qadi’l-qudat) and the greatest scholar of Iraq. Imam Muhammad al-Jawad was seated beside al-Ma’mun on his throne face to face with Yahya ibn Aktham , who addressed the Imam thus: “Do you permit me to ask you a Question?” ” Ask me whatever you wish , ” said the Imam in the typical tone of his ancestors. yahya then asked the Imam, O what is your verdict about a man who indulges in hunting while he is in the state of Ehram.” (In the code of religious law hunting is supposed to be forbidden for a pilgrim.)

The Imam at once replied , ” Your question is vague and misleading. You should have definitely mentioned whether he hunted within the jurisdiction of the Ka`bah or outside; whether he was literate of illiterate; whether he was a slave of a free citizen; whether he was a minor or a major; whether it was for the first time of he had done it previously; also whether, that victim was a bird or some other creature; whether the prey was small or big; whether he hunted in the day or at night; whether the hunter repented for his action of persisted in it ; whether he hunted secretly of openly ; whether the Ehram was for ` umrah of for hajj. Unless all these points are explained no specific answer can be given to this question.” al-Qadi Yahya was staggered in listening to these word of the Imam and the entire gathering was dumbfounded.

There was no limit to al-Ma’mun’s pleasure. he expressed his sentiments of joy and admiration thus, ” Bravo! well done ! o Abu Ja`far ! ( Ahsanta, ahsanta ya Aba Ja`far ) , your learning and attainments are beyond all praises.” As al-Ma’mun wanted that the Imam’s opponent be fully exposed , he said to the Imam, ” You may also put some question to Yahya ibn Aktham.” Then Yahya also reluctantly said to the Imam, “Yes, you may ask me some questions. If I know the answer, I will tell it ; otherwise , I shall request you to give its answer.” Thereupon, the Imam asked a Question to which Yahya could not reply. Eventually, the Imam answered his question.
Then al-Ma’mun addressed the audience thus: Did I not say that the Imam comes of a family which has been chosen by Allah as the repository of knowledge and learning? Is there any one in the world who can match even the children of this family? ” All of them shouted, ” Undoubtedly there in no one parallel to Muhammad ibn ` Ali al-Jawad.” In the some assemble al-Ma’mun wedded his daughter ummu ‘l-Fadl to the Imam and liberally distributed charity and gifts among his subjects as a mark of rejoicing. One year after his marriage the Imam returned to Medina from Baghdad with his wife and there he set about preaching the commandments of Allah.
* * *
Martyrdom:

when after the death of al-Ma’mun, al-mu`tasim ascended the throne, he got and opportunity to persecute the Imam and to ventilate spite and malice against him. He summoned the Imam to Baghdad. The Imam arrived at Baghdad on 9th Muharram 220 AH and al-Mu`tasim got him poisoned in the same year. He died on 29 th Dhi’lqi`dah 220 AH and was buried beside his grandfather, Imam Mussa al-Kazim the Seventh Imam , in al-Kazimiyyah , in the suburb of Baghdad (Iraq).
al-Imam al-Jawad, peace be Upon him, said:

The trust in Allah is the price of every thing that is precious and the ladder to every goal which is high and sublime.

One who follows his desires, concedes to the wishes of his enemy.

Do not be an apparent friend of Allah in open and a secret enemy of His in private. 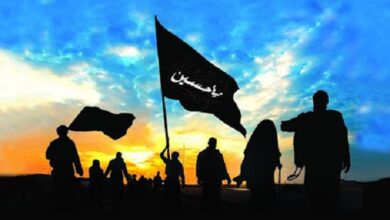 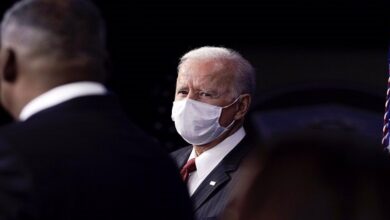 US tries to paint David as Goliath: Americans are actually running this war

IS is real to Arab sheikdoms not Iran by Ayaz Amir