It took the death of more than 70 people to wake up Prime Minister Nawaz Sharif from his deep slumber and make him realise the consequences of his lacklustre approach to combating terrorism. Pushed by the military, the government has now finally moved to strengthen counterterrorism measures and plug the gaps. However, it remains to be seen whether the political leadership stays on course this time and does not stray once again into its sluggish ways as after the 2014 Peshawar school massacre.

One of the key decisions taken by the government is to set up a high-powered committee led by National Security Adviser retired Lt Gen Nasser Janjua to monitor progress on the implementation of the National Action Plan (NAP). Besides the heads of major intelligence agencies, the monitoring committee also includes the director general military operations, signifying the military’s much bigger role in the revived counterterrorism action plan.

It is indeed a good decision to appoint Mr Janjua as the focal person who would be directly reporting to the prime minister. The composition of the committee will also help establish better coordination among the intelligence agencies and the provincial security services which has been lacking in the past.

Perhaps the most positive move is to take away the job of coordination from the interior ministry. The major responsibility for the failure in the implementation of NAP lies with Interior Minister Nisar Ali Khan, whose lack of commitment had become very obvious with his disappearance after major terrorist attacks. He was similarly conspicuous by his absence from the scene in the aftermath of the Quetta carnage.

The Quetta bombing has brought the military leadership and the government on the same page.

When he finally surfaced, it was to settle personal political scores with some of the opposition leaders, which diverted attention from the issue of terrorism that directly concerns his department. Can a man who loudly lamented the death of Hakeemullah Mehsud and protected the Lal Masjid’s Maulana Abdul Aziz be expected to lead the battle against militancy and religious extremism?

Chaudhry Nisar’s abrasive attitude has also made him controversial among his own cabinet colleagues, many of whom he is not even on speaking terms with. Can he be trusted with such a vital position at this critical stage? As the prime minister renews his pledge to deal with the existential challenge, the need of the hour is a more dynamic and proactive person with strong convictions about the importance of his role.

Among other steps, the government has also decided to raise 29 new wings of the civil armed forces for internal security and border management. Given the gravity of internal and external security challenges, this decision cannot be disputed. However, merely beefing up of the forces will not work if other more critical reforms are not carried out.

One cannot agree more with Gen Raheel Sharif that establishing long-term peace and stability in Pakistan would remain a ‘distant dream’ unless all stakeholders deliver meaningfully on all aspects of NAP. A major failure of the counterterrorism policy has been the inability of the administration to crack down more effectively on banned militant and sectarian outfits operating under new banners. The selective use of the law for the sake of political expediency has been the biggest impediment in countering violent religious extremism in the country. This has also allowed banned outfits to use Pakistani soil to launch terrorist attacks across the border, which further jeopardises our own security.

Unfortunately, it is Punjab, the home province of the prime minister that has continued with its ambiguous policy towards some extremist groups operating freely in the province. The provincial government has persistently refuted intelligence reports that parts of south and central Punjab remain the base of banned sectarian organisations and their major recruiting centre.

Punjab refuses to give a free hand to the civil armed forces to conduct operations in the area. One can only hope that there will now be uniform enforcement of the law across the country without any exception. Religious extremism cannot be countered with Punjab remaining out of bounds for the civil armed forces and impunity granted to certain militant groups patronised by our intelligence agencies in the past.

Choking financial lifelines to the militants has been one of the most important points of NAP. But nothing seems to have been done so far to stop militant groups from collecting funds at home and receiving external financial support. The interior ministry has glossed over the funding coming from Saudi charities and other Muslim countries for extremist sectarian groups. One hopes that this critical issue will be dealt with more effectively now.

Similarly, madressah reforms remain a sticking point with the government lacking the resolve to enforce the law because of resistance from the powerful clergy. Political expediency has also been a factor in the non-implementation of reforms that include streamlining of madressah education to ensure equal opportunities to students of religious seminaries. The government needs to take tougher action against seminaries that have close links with extremist groups. That will be a major challenge for Mr Janjua and his monitoring committee.

Despite much promise, the National Counter Terrorism Authority (Nacta) is not yet fully functional. Although its basic structure is in place now, it does not have proper government funding to even hire qualified staff and operate out of its own office premises. At the moment it is confined to a small part of the Police Foundation building. While is a good decision to include the Nacta chief in the monitoring committee, it is much more important to make the body effective.

The widening trust gap between the civil and military leadership and their differing narratives on counterterrorism have been a major factor in the slow progress on the implementation of NAP. The frustration of the military leadership with the government’s lacklustre approach in confronting terrorism is understandable. However, the Quetta tragedy seems to have brought them on the same page and also helped revive NAP. One hopes the government is now serious in meeting the challenge confronting the country and that it will not wait for another bloodbath to wake up. 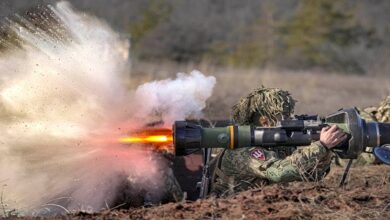 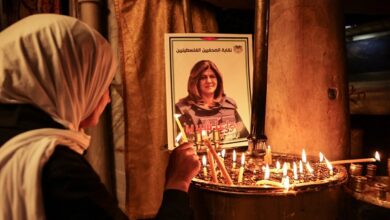