The double standard policies of US are not only the main obstacle for achieving peace in Afghanistan but are lying the groundwork for increasing US’ control and continuation of occupation in Afghanistan. Numerous inconsistent reports from local outlets and the Western media about the political and security situation in the country and also the activities of Taliban and ISIS terrorists, has made it difficult to provide a clear picture of Afghanistan’s future developments.

Even with a brief look at these reports, whether from a local or international one, it can be seen that some news outlets speak of the reinvigoration of Taliban, while others by covering the statistics of casualties of Taliban forces, want to show the power of this country’s security forces in providing security.

In the meantime, the most evident is the contradictory reports of Western media outlets that on some occasion they praise the power of Afghan’s security forces while on other they exaggerate the power of Taliban. They tend to show that Afghan government is unable to secure and stabilize the country.

It is a fact that the policy of dual containment of Afghanistan and Taliban, is skillfully being executed by US and NATO forces in this country and this policy is going to carry on at least for the next decade, although replacing Taliban with ISIS or any other terrorist group is likely. Afghanistan reliance on US and the West is rooted in the west propaganda that Afghan government can not stand on their feet for various reasons, particularly economic and military dependence.

The Actions taken by US in Afghanistan, has evoked the concern of countries like China and Russia. Russia and China’s interaction and communication with the Taliban, also originates from these concerns. These countries and Iran’s efforts towards communicating with Taliban are in the line of keeping the political-security situation of Afghanistan from getting more out of hand, and by any means, making agreements and negotiations between the Afghan government and Taliban possible.

As this is going on, the US is secretly supporting the terrorist forces and Taliban and on the surface and publicly advocates the Afghan government, democracy, peace and security in Afghanistan. In any way, concerns and worries have caused China to engage in a conversation with many of the Taliban affiliated groups. The other day, Chinese foreign minister in response to a question about the visit of Taliban representatives from this country stated that China, in attempts to solve the conflict in Afghanistan, is in contact with all the parties involved in Afghanistan. Russia similarly and to prevent the infiltration of extremist and radical groups from Afghanistan to Central Asia, is prepared. Based on this, it is quite obvious that concern of countries such as Iran, China, and Russia is not irrational. All of these countries in this region believe within the past 15 years, US and NATO on purpose or unintentionally failed to bring back security and stability to Afghanistan, and are not planning to do so in the future since the reasoning behind occupation of Afghanistan has never been providing peace and security, and other purposes, such as containment of China, Russia and Iran were held in mind, and based on these observations we strongly believe Central Asia will be filled with Takfiri-Terrorist groups in the future.

Even though beside this goal, US is seeking other objectives such as: gaining access to energy and natural resources of this region, forming a new Silk Road, and etc. Although in the past it was argued that US foreign policy in Central Asia is dependent on this country’s policies towards Afghanistan, and with creating an optimal situation in the region, the US would start withdrawing its troops in from Afghanistan in 2014, but now US speaks of increasing military forces and continuation of its presence in Afghanistan and in a way, the main priority of US foreign policy is continued occupation of Afghanistan.

But the fundamental question still remains that when Afghanistan’s security and stability is provided and how and by whom? Is the US really seeking democracy, development and peace in Afghanistan? And if that is actually the case, what results do they have? Why has insecurity consistently continued, to the point of causing the infiltration of Afghanistan by other Takfiri and terrorist groups such as the ISIS terrorists? Many questions can be raised that their answers are clear to us, however the Afghans themselves, in the government, political parties, and society should come to the conclusion that without unity and communion, it is not possible to maintain the identity and existence of Afghanistan, and ethnocentrism should be replaced with nationalism, and as long as there is a feeling of dependency towards West, Development and security of Afghanistan will be under the influence of Western policies. Which means Afghanistan will go in the direction (Westernization, spreading the Western culture and values, and etc.) that the West wants it to go. 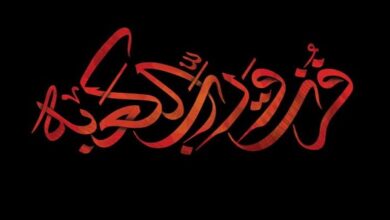 Is Iraq a member of the Arab League or of the axis of resistance?

6 Important Tasks of Muslims Toward ISIS