The Sadrist Movement is not new to Iraq, however, last month during the protests urging government of Prime Minister Haider al-Abadi to eliminate bureaucracy and also sectarian sharing of government posts, the name of Sadrist Movement and its leader Ayatollah Muqtada al-Sadr called further attention in the country.

Who is Muqtada al-Sadr and what are his demands?

Muqtada al-Sadr is one of the Iraqi religious leaders who has a considerable number of supporters among the country’s Shiites population. The Ayatollah’s political actions after 2003, fall of Saddam Hussein, including forming out-of-government-control militia force or his parliamentary alliance have come under focus.

Although the Sadrist Movement has approved political principles of the parliamentary system, it was still a revolutionary force ready to return to military confrontation against the government any time. But there is another theory which suggests that the Sadrist Movement after crossing the militant confrontation stage through the Mahdi Army miltia and participation in the parliamentary election of 2009, it would act like a moderate political force.

To focus on the place of Sadrist clergy among the country’s Shiites we first need to have a look at the history of the political leadership of the clergy in Iraq.

The roots of rise of sociopolitical leadership of the clergy in Iraq dates back to the rule of the Ottoman Empire. During the period, the Shiite clerics believed that the Ottoman caliph was in opposition to the Shiite people, seeking to impair their faith. So, they always incited people against the Ottoman rulers. But concerning the Sadrist Movement, there should be a focus on incidents that followed collapse of the Ottoman Empire and formation of the national Iraqi government in 1921 led by the Sunni minority.

In the years following 1921, Najaf and Karbala, the two holy cities for Iraq’s Shiites, were hubs for the protests against the rule of the Sunni government. In the initial decades of Iraq’s national government, Sayyed Mohammad al-Sadr, a prominent Shiite cleric, incited people against the central government’s dictatorship. Furthermore, in the years after the Islamic Revolution of Iran in 1997 up to 1990, Mohammad Sadeq al-Sadr, Muqtada al-Sadr’s father, and the most respected Shiite cleric Muhammad Baqir al-Sadr, the cousin of Muqtada al-Sadr, had a key role in leadership of Shiite citizens’ uprising against the central government. However, with the killing of the two Shiite leaders by Saddam Hussein, Muqtada al-Sadr rose to leadership of Sadr family.

Before 2003, Ayatollah Muqtada al-Sadr was almost unknown among the country’s prominent political figures. But after fall of Saddam Hussein, Muqtada al-Sadr, following his father’s emphasis, he highlighted the necessity of forming an Islamic government and showing opposition to the presence of the foreign forces in Iraq.

He reactivated the Sadr family-bound charities and offices in the country in a bid for entry to the country’s politics. Later, he laid the foundation of a military movement in the country with support offered to him by the Shiite forces from Baghdad’s Sadr City who respected his family so much.

As an initial declaration of stances, on August 14, 2003, Muqtada al-Sadr announced opposition to the UN Security Council’s resolution 1500 which upheld creation of temporary Iraqi Governing Council. According to al-Sadr, the UN resolution was invalid and illegitimate as it was adopted by the US and the Western countries. At the same time, Ayatollah al-Sadr came clean with his objection to Shiite clergy’s approving of the occupying foreign forces’ presence in the country. In this period, the Shiite leader majorly sought formation of an Islamic government in which the clergy were on top.

Muqtada al-Sadr in 2004 called on his fans to hold rallies. He in 2005 came against holding parliamentary election to form an official government in Iraq. His justification for the protest was that the election and government were under the influence and control of the Americans, so, they were invalid.

Generally, following 2003, al-Sadr tried to gain more political ground in the country through raising anti-corruption and anti-foreign forces’ presence agendas in the country. He repeatedly demanded the Iraqi military forces to cut off cooperation with the occupying US forces.

In the initial months of fall of Ba’athist regime of Saddam Hussein, in June 2003, Ayatollah Muqtada al-Sadr formed a militia force, dubbing it Mahdi Army. It included almost 1,000 fighters. In the country’s political scene, these fighters were known as Sadrist militia. Mahdi Army later expanded to include 10,000 fighters. According to the reports, the major funding sources of Mahdi Army were the energy resources around the capital Baghdad and some donations made by the Sadr’s supporters.

In the years following 2003, the US made efforts to detain the journalists and ban activities of pro-Sadr media. On August 20, 2003, an arrest order was issued for Ayatollah Muqtada al-Sadr. It failed to lead to detention of the strong religious and political leader, however. On March 28, 2004, a ban was imposed on a pro-Sadr newspaper by Paul Bremer, the head of occupational authority of Iraq.

Most of Sadrist Movement’s importance appeared after the Mahdi Army fighters launched two major assaults in April and August 2004 against the US forces in Najaf. Following the operation, an erosive battle was set in motion by the joint Iraqi and American forces against the Mahdi Army forces. It last up to 2008, the time when Mahdi Army was declared disbanded by Ayatollah Muqtada al-Sadr.

During the years following disbanding Mahdi Army, Baghdad’s Sadr City, and Karbala were scenes for demonstrations of pro-Sadrist Movement protesters who demanded withdrawal of the US troops from Iraq.

In August 2007, Ayatollah al-Sadr ordered a temporary cessation of military activities of Mahdi Army as the Iraqi government pledged starting fundamental reforms inside its body. But he asserted that as long as the foreign forces were camping in the country, his army would continue battling them. Generally, despite disbandment of Mahdi Army in 2008, the armed fighting against occupying forces kept ongoing on until the US withdrew forces from Iraq in 2011, although after 2009, when Ayatollah al-Sadr accepted to participate in provincial councils election, his loyalists’ military activities saw a major decline.

First participation of Sadrist Movement in the election in the country was in 2009. The Movement won 43 of total 440 seats of provincial councils in 14 of 18 provinces. But the large-scale triumph for Sadrist Movement took place in the parliamentary election of 2010. The Sadrist Movement participated as part of National Iraqi Alliance, led by Ammar al-Hakim, the leader of Islamic Supreme Council of Iraq, Ibrahim al-Jaafari and Muqtada al-Sadr. The Movement secured 40 of 70 parliamentary seats won by the National Iraqi Alliance to enter the parliament while standing as the strongest political party of the Alliance, and to prove it was a movement which held sway in the country.

Continuing its participation in the political process, Sadrist Movement on April 30, 2014, took part in the parliamentary election under the independent Al-Ahrar coalition. It managed to win 32 seats.

To push for his demands, in past few months Muqtada al-Sadr has assembled his protesting supporters in Baghdad’s Green Zone which is home to the parliament and the prime minister’s office. In April 30, his rallying supporters stormed and occupied the country’s parliament after crossing the security barrier ahead of them. During the incident, the protesters held hostages a number of members of parliament inside the parliament building. There were reports of assaults on the lawmakers.

The parliament was closed down following the incident. The Kurdish lawmakers return home to Kurdistan region north of the country, demanding the central government to guarantee safety for return to Baghdad.

On May 20, Sadrist Movement’s supporters repeated storming of the Green Zone, but this time the parliament was not the sole target; a number of the protestors attacked the residence of PM al-Abadi.

Shia Islam being spread with unprecedented speed in Egypt 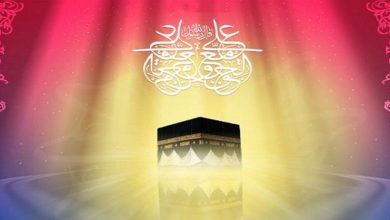 Rajab 13th: The Birth Anniversary of Imam Ali (AS)

All the Saud’s Men