A frequently raised question concerning the US policy is that why Washington puts support of some dictatorships ahead of its so-called democratic slogans. For example when Saudi Arabia launched its aggression against Yemen, in the beginning Washington perhaps expressed some opposition to the Saudi military campaign but soon after it showed backing to Riyadh’s war in an array of fields including arms and equipment supplying, intelligence sharing, and sending 45 military and intelligence experts. All these are done by the US to get Saudi Arabia’s approval in some regional cases.

In fact, the US has accelerated collapse of one of West Asia’s states with its unclear reasoning. Moreover, the American foreign policy making community, including the studies institutes, research centers and think tanks have chosen to go silent concerning the case.

But why really the US government and its think tanks show compromises with measures which are against their values and democratic slogans?

We should not ignore the Persian Gulf region’s cooperation and dealings which influence heavily the West Asian debate of the US. But we should take into consideration a subtle part of this relation in which the money controls the policy-making norms and strengthens biased endorsement. At the same time, huge money injections into the American think tanks should not be disregarded.

Concerning the case, Qatar profligacy to boost its power for lobbying in the US should be given attention. Qatar has granted the Brookings Institution $14 million to open an office in its capital Doha. Brookings is perhaps the world’s most-referred think tank.

In fact, at the time of the Arab uprisings, which disordered the region, the Arab regimes have tried to refashion the region in a very different way, though meanwhile their ideological inconsistencies have appeared more explicitly. Witnessing Qatar’s money spending in the US, Saudi Arabia and the rest of Arab states came up with the notion that they needed to contain the Qatari influence.

Therefore, the Saudi, Bahraini, Emirati and Kuwaiti governments have hired their own lobbyists. Then their money flowed towards the American think tanks as well as research centers. Actually, since the time the ties of Saudi Arabia and the UAE have chilled with Qatar, they spent huge amounts of money to limit Doha’s sway. In comparison to other parts of spending fields, the think tanks proved more influential.

The lobbying institutes are, in fact, profitable businesses. They try to make the most money from their clients. These institutes do not see themselves or their influence as being put for sale, however, the foreign payers apparently think that it is a dealing process, and they find spending on think tanks as a convenient investment. Perhaps $ 200,000 is a big money for the research centers but it is a very small money for the oil giants like Saudi Arabia which spends millions of dollar on lobbying. In fact, this is a low-cost but precious business.

In fact, this spending on the think tanks has come in a time of budget crisis which has started some years ago and affected the universities and study institutions exactly in a time that spending witnessed considerable cuts. The government aids as well as internal donations also saw a large decrease, making these institutes in desperate need of funding. But it was at this time that Saudi money has arrived. In 2014, the Persian Gulf Arab states’ money was seen clearly flowing towards the Western institutes. The International Institute for Strategic Studies, a British research institute, has opened a large new office with a $1 million Emirati funding.

In the same year, the New York Times has launched a research on foreign countries’ aids to the Western think tanks. The research found that the funding’s were in a rise. The New York Times findings talk about millions of dollars pouring towards the Washington-based influential studies institutes, which produce political analyses, host forums and send to the US official summaries which are linked to the foreign government agendas. The Times’ documents have disclosed that the receivers of the Arab countries’ funding had direct hands in provocation of different events.

The funding result in inequality in covering the cases. Sometimes these research centers put heavy strains on some of Middle Eastern governments. But, they, on the other side, pay a little attention to the Persian Gulf Washington allies’ anti-democratic measures like suppression of domestic movements and violations of human rights, like those of Saudi Arabia. Sometimes they even entirely ignore these actions.

Another effect of ongoing funding is the think tanks’ self-censoring, because nobody in these research institutes wants the political analyses make the Arab money move away. Perhaps the best example is Michael Daun, a diplomat with 20 years of experience of working in the US government. He was employed in 2011by the Atlantic Council think tank to direct a new department called Rafic Hariri Center. But he was hounded out of job after he chose to move within his own independent pathway. He then joined Carnegie Corporation of New York, a research institute working without Arab funding. In fact, many of the Western studies institutes are in a race for the Arab dollars, and do not want to lose their share of them. 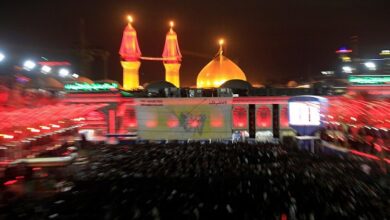 The reality of Ashura versus the reality show of America 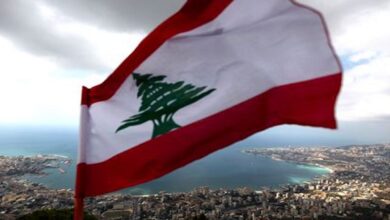 The Three Deadly Components of Entitized Lebanon Heading Towards Collapse 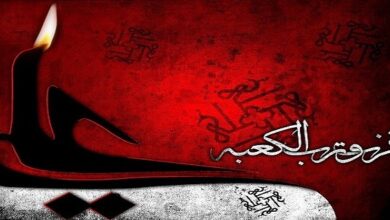 Martyrdom anniversary of Imam Ali (PBUH) on 21st of Ramadan