This February Iran will celebrate once more its grand victory against monarchical despotism [this article has written a few days before 11 Feb 2016]– this year maybe more than ever, millions will be reminded of the sacrifice Iranians had to commit to for Freedom and political self-determination to be reclaimed, now that imperialism has returned to haunt the region, an evil contained still, but not defeated.

But there is more to Iran’s apparent political victory. Beyond Iran’s struggle against the unjust rule of a tyrannical house, experts have often neglected to recognize the inner force of this one Islamic Revolutionary movement – the force which propelled it, and the power of the convictions it carried within. More than just a movement, more than just a political stand against an unpopular, and illegitimate regime, Ayatollah Ruhollah Khomeini offered a link in between the Divine and the Political, calling on his countrymen to build a system which would reflect, follow and abide by those very Islamic principles which stand the base of all, and any Islamic society.

Iran’s Islamic Revolution was inspired before it was manifested – its foundations both rooted and devoted to the tradition of the Prophet Muhammad and his progeny; there lies its true gravitational pull, there lies the grand echo which to this day has undeniably empowered nations to proclaim their freedom, their rights, and their allegiance to something greater than themselves.

A fervent follower of Prophet Muhammad and his progeny, a descendant of Imam Moussa al-Kazim (the seventh Imam), Ayatollah Khomeini reminded his followers, and beyond, the world what Islam’s traditions truly stand for – what it meant to be Muslim, what it implied to carry the Oath and stand in the Word. It was Ayatollah Khomeini again, who most eloquently spoke those words which Imam Hussain lived by to absolute perfection: resistance in the face of tyranny.

“Imam Hussain taught us all how to stand up and resist cruelty, and the government of tyranny,” he told his people – all people.

A simple call to the truth, a simple promise that victory lies beyond what seems possible if one is in fact righteous, Ayatollah Khomeini reminded a nation that it could, should and had to stand tall – that since Men are born free, no king, monarch or tyrant can enslave them … not without their complicity.

And so the shackles of fear, deception and cowardice were broken. And so a people marched for Freedom unafraid, and defiant – giants in their convictions … today still it is their footsteps we hear, today still, long after his passing, Ayatollah Khomeini lives on. Truly our martyrs are alive! What greater struggle than that of the Truth? Iran’s Islamic Revolution was not so much a struggle as it was an affirmation of the truth.

Today Iran’s cries and the bravery its people wielded linger. As promised by Ayatollah Khomeini himself, Iran’s Islamic Revolution did not indeed end at its borders; its wind in fact has carried far and wide, both a promise and a call, together a warning and a testimony against those despots who still wish enslavement over justice.

Today this revolutionary spirit lives in Yemen, deep in the heart of Southern Arabia – a long awaited awakening to a liberty long lost.

Iran did not, as foreign powers claim, meddle, intervene or interfere with Yemen. And if inspiration indeed there has been, it was merely in the empowerment Ayatollah Khomeini offered. Tehran never once in fact stepped out of its traditional political restraint, and non-interference policy – not in Yemen, not ever. And while many capitals have chosen to revert to slander to better belittle, and disappear the rise of a grand Pan-Islamic revolutionary movement, it is maybe because they fear the reach of its voice.

Yemen’s struggle- it needs to be said- its march towards political and personal freedom, started long ago – back in 1962, when Egyptian President Gamal Abdel Nasser flew Pan-Arabism and republicanism in the face of all Gulf monarchies as he helped overturn Yemen’s ruler, Muhammad al-Badr. Then, Yemen’s thirst for emancipation was still in its infancy, it had not yet taken form or root. A floating idea, Yemen came into its own under the terrible weight of absolutist tyranny – as exerted by Saudi Arabia.

Just as Iran learnt to speak freedom under utmost repression, Yemen learnt the semantics of Ayatollah Khomeini’s Islamic revolutionary dream as it endured religious, civil, and political oppression. From its own struggle, and it needs to be said against all odds, a movement was born, embodied first in the Houthis – this northern Yemeni tribe whose roar would come to shake the house of Saud.

Today, Resistance no longer remains the Houthis’ exclusive character – today, Yemen as a whole has risen a grand Resistance movement, inspired by the Islamic Revolution, an inspiration for all those who, across the Islamic world, aspire to exercise their birth rights.

Where Pan-Arabism failed, Iran Islamic Revolution stand to succeed. Unlike President Nasser whose political vision was devoid of a religious spirituality, Ayatollah Khomeini reclaimed clerics’ duty of guidance over the political so that accountability could prompt greater popular representation.

As Ayatollah Khomeini once observed: “A materialistic ideology cannot bring humanity out of the crisis caused by a lack of belief in spirituality— the prime affliction of the human society in the East and the West alike.”

If to this day, there remain individuals who have mock and defy the Islamic Revolution, it is mainly because they have failed to look at its real anchor: Islam.

An Imam and a scholar of Islam, the Ayatollah was a teacher, not a politician – his ambitions lied not with power but empowerment: of his people, and all people.

37 years after its victory against the Shah, Iran’s Islamic Revolution lives on in the arms it made stronger, and the hearts it made braver still. Yemen more than most, in its hour of need, knows the price one must pay to stand among freemen.

* Catherine Shakdam is a political analyst, writer and commentator for the Middle East with a special focus on radical movements. The Director of Programs at the Shafaqna Institute for Middle Eastern Studies, Catherine is also the co-founder of Veritas Consulting. 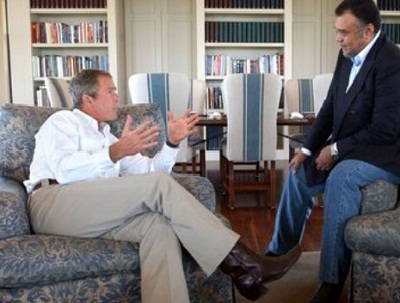 The role of CIA-pampered Saudi spymaster in Syria 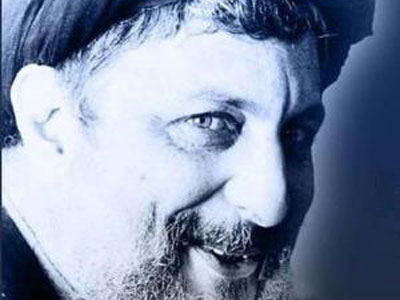 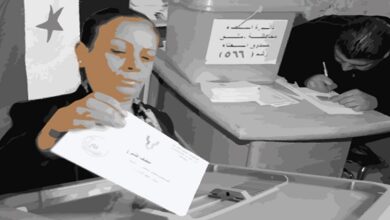