There is no wonder that some Gulf media outlets use lies about the developments taking place in Yemen. This type of media tends to misrepresent the truth in return of some king’s or another prince’s money, using the Nazi slogan “Do lie, then lie and lie until people would believe you.”

But it seems that even this slogan has not achieved its desired goals in the Gulf under the massive losses the aggression forces are suffering in Ma’rib, Taaz, and along the northern borders of Yemen. Such losses can no longer be hidden by those aggressors. Then, what made things worse for the invading forces was the capture of Saudi prisoners by the Yemeni army, for whom the Yemeni al-Massira Channel showed a video tape.

The prisoner’s picture sums up the Yemeni reality. It completes the scenes of burning tens of vehicles in Jizan and ‘Asir, as well as targeting the camps in Ma’rib in which the aggressions forces’ military sites and militias fell in Taaz. The Gulf statements being spread here and there about some officer or soldier who died for the aggression forces don’t reveal but how much the Gulf countries are stuck in the Yemeni sands.

It is true that the aggression forces welcomed their militias’ control over some cities and sites southern Yemen few weeks earlier, but its impact has rapidly disappeared. It is because the more the aggressors are moving towards the north and the east, in Ma’rib and Taaz in particular, the more the Gulf is getting involved in the issue. There, the battles are fierce between them and the Yemeni army and the popular committees. And in case the aggression forces were able to achieve some breakthroughs, it would not be a significant achievement for several reasons:

1. The aggression forces crowded thousands of fighters from the Gulf countries and others, as well as recruiting mercenaries, armed militias and al-Qaeda and ISIS members in which they are all engaged in the battle against the Yemeni army and the popular committees. They failed to achieve a significant breakthrough in Ma’rib and Taaz, while the Saudi sites are falling after each other along the borders.

2. The aggressors were equipped with the latest military equipments such as tanks, armored vehicles, and drones that cost hundreds of billion dollars, beside using the latest American spy drones at a time when Washington is supplying Riyadh and other capitals with information about the Yemeni sites either using satellites or the American warships placed in the Arab Sea and the Red Sea. Yet the result is clear as we see the coffins of the aggression soldiers returning to where they came from.

3. They failed in hitting the strategic Yemeni weapons that are announced gradually such as the Scud missiles, Tochka and the anti-tanks Cornet missiles…

4. The Yemeni forces succeeded in incursion inside the Saudi governorates, controlling highly fortified sites, and capturing advanced tanks and vehicles some of which were shown. However, many footage are shown repeatedly for the Saudi soldiers fleeing their sites and leaving their vehicles and weapons in the battlefield.

5. The Yemenis succeeded in paralyzing movements in the bordering Saudi governorates through hitting vital sites such as airports and electricity stations, etc…

The Most Important “Achievement” of the Aggression Forces in Yemen:

1. Increasing the massacres against civilians in public markets, schools and mosques

2. Massively destroying the Yemeni infrastructure such as airports, seaports, hospitals, schools, universities and streets which created a humanitarian catastrophe that took the country and its people to precipice

3. Strengthening the al-Qaeda and ISIS terrorists especially in Aden and Hadramout; reports mention the two organizations are growing bigger especially in Aden, where many accidents, assassinations and attacks against the places of worship took place, the latest of which was burning a church although the aggression forces and their media outlets were promoting the claimed “heaven” in the south.

4. The Saudi insistence to abort the political efforts and cracking down on the international delegates to embarrass them aiming at kicking them out; after kicking Jamal bin Omar out, Riyadh is exerting pressure on Ismail Ould Sheikh Ahmad by continuously announcing that it is impossible to reach any political solution without applying its conditions.

The aggression countries don’t want any solution in Yemen under the power imbalance in favor of the Yemeni army and the popular committees. Saudi Arabia is afraid of some strong Yemeni parties, and prefers some others to keep the country under its control as it is applying the will the founding King of Saudi Arabia Abdul Aziz al-Saud left to his sons in which he warned them saying “your good and your bad are from Yemen…”

Since all results rely on the battlefield, the indicators show that the Saudi rule will move forward in involving itself in the Yemeni swamp, because retreating would lead to catastrophic impacts on the new generation of the ruling family. This generation raised some slogans they thought they are in their hands, but they were really disappointed. Therefore, if they want, they have to learn from the historical experience. The Ottomans preceded them to Yemen and they couldn’t do it. The Yemen war also failed in the mid last century, and the current storms, “the decisive” and “the hope” are destined, just like the previous ones, as Yemenis confirm.

If it’s not the Taliban (TTP) then why negotiations … ? 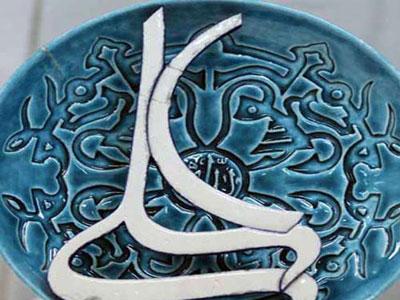 The Sufferings of Imam Ali after the Prophets demise: Martyrdom of Imam Ali

Iran never threatened to starve millions of Americans or attack them