The good news is that the scale of militant violence has come down significantly because of military operations in the tribal areas; the bad news is that little progress has been made in countering the extremist network spread across the country. Nine months into the National Action Plan (NAP), a review lays bare a mixed bag of success and failure.

Regrettably, the efforts by the federal and provincial governments are not fully commensurate with the military action, raising questions about their will as well as capacity to fight violent extremism comprehensively. Their actions against militant and extremist outfits have so far remained patchy and lacking in conviction.

The apex committee at the centre that met after a gap of nine months has, after some stocktaking, finally agreed to broaden the fight against violent extremism and take the battle to the source. That includes choking terror financing, madressah reforms and intensifying action against sectarian outfits.

Surely these are critical steps needed to win the battle against extremism. One wonders why it has taken so long for the federal and provincial governments to realise the urgency of moving beyond the military operations. Then there is also the question of commitment to take tough measures.

The apex committee at the centre has finally decided to broaden the fight against violent extremism.
It is apparent that the push has come from the military leadership, which is spearheading the current counterterrorism campaign. One cannot agree more with Gen Raheel Sharif in his assertion that the gains achieved in the battle against the insurgents in the tribal areas could be reversed if the military action is not accompanied by action on all aspects of NAP. So far the outlook appears grim.

Although NAP can hardly be described as a comprehensive counterterrorism strategy, even then only a few of its 20 points are being implemented and that too partially. The major responsibility for the lacklustre approach lies with the federal government, though the provincial governments cannot be completely absolved of blame. There is still no mechanism in place to implement the measures agreed upon at the apex committee meeting.

It is true that choking terrorist financing is the most critical part of the battle. But it will not be an easy undertaking, considering the massive inflow of funds to sectarian groups and radical madressahs from external sources, particularly those in Saudi Arabia and the Gulf countries.

Over the last nine months the government has hardly moved against those outfits and radical seminaries that thrive on external financial support. The interior minister a few months ago informed parliament that only a few madressahs have been receiving foreign funding, while there was no mention of the donors — perhaps because of ‘brotherly relations’ with the countries concerned.

There is also a large inflow of donations from individuals and expatriate Pakistanis to religious institutions, part of which is believed to be diverted to militant and sectarian networks. The apex committee has decided to make it obligatory for madressahs to get their accounts audited and reveal their sources of funding. It is certainly a step in the right direction, but some tough measures need to be put in place against those who defy their legal obligation. That will certainly be a major test for the federal and provincial governments.

It is true that terror financing is not restricted to religiously motivated violence alone, but is also used to support ethnic-based groups and criminal gangs operating under the patronage of some political parties. Action taken by the Rangers against the alleged financiers has helped curtail violence in Karachi, but that is not enough.

Terror financing is also linked to the burgeoning black economy and criminalisation of politics that is not confined to Karachi alone. One hopes that action is extended to other parts of the country. There is need to reinforce the laws to check terror financing, but more important is the implementation of the measures approved by the apex committee.

Another important decision taken by the apex committee is to intensify the crackdown on radical sectarian outfits. Despite the fact that terrorism in the country has mainly been in the form of sectarian and religious violence, banned outfits have continued to operate with impunity under new banners.

Although law-enforcement agencies have cracked down on some factions, some others have been spared, perhaps due to political expediency. While the chief of the Lashkar-i-Jhangvi, Malik Ishaq — who backed one group in the Ahle Sunnat Wal Jamaat — as well as some other top leaders of the LJ, have been killed, the leader of the other faction of ASWJ, Maulana Muhammad Ahmed Ludhianvi, roams around freely, apparently under the security agencies’ protection.

A major reason for the Punjab government’s reluctance to act against the group is the upcoming local government elections in the province; that would defeat the objectives of the action plan. It remains to be seen if this changes after the apex committee’s decision to act without discrimination. In this context, the recent statements by some provincial ministers denying that Punjab is the hub of violent sectarianism are most perturbing.

Belatedly, the civil and military leadership seems to have realised the need to clamp down on hate speech and hate literature that incite violence along religious lines. It is mostly radical clerics who instigate mob attacks on Christian and other religious communities on false charges of blasphemy.

The suggestion for the government to appoint prayer leaders in mosques has merit. Although such a radical move may not be possible in the current situation with the administration having little capacity to exert control over each and every mosque in the country, the clerics inciting sectarian violence must be brought to justice.

Religious extremism is so deeply entrenched in society that it will not be easy to root it out. Religion is capable of many different interpretations. The problem arises when extremists and militant clerics appropriate the function of religious interpretation. This situation has to be reversed. It is going to be a protracted struggle that can only be won through strong commitment and resolve.

The writer is an author and journalist. 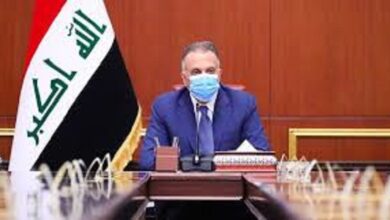