As an unprecedented refugee crisis is unfolding across Europe, with the foreign-backed crisis in Syria to blame for the bulk of it, many are asking why the oil-rich Arab monarchies in the Persian Gulf region are shirking responsibility.

Social media users in the Middle East and other Muslim countries began a campaign Friday to take the Persian Gulf Arab states to task for their lack of contribution to the resettlement of a rising number of refugees fleeing the violence in Syria and elsewhere in the troubled region.

More than 12,000 users in Pakistan tweeted the hot hashtag #ShameOnArabRulers, asking why the rich members of the [Persian] Gulf Cooperation Council ([P]GCC) are refusing to open their borders to the exodus.

The campaign came after the image of a dead Syrian child, Aylan Kurdi, washed up along a beach in Turkey’s Bodrum region, circulated in media on Thursday, prompting huge anger across the world. The three-year-old, along with his brother and mother, had drowned a day earlier when they were trying to reach European shores in Greece.

The six-member [P]GCC – which includes Saudi Arabia, Kuwait, Bahrain, the UAE, Oman and Qatar – have accepted a total of only 33 people from Syria since the outbreak of violence there in 2011.

In a report last year, the Amnesty International described as shocking the [P]GCC’s lack of assistance to the case. The report said the six countries should make a significant contribution to the resettlement of Syrian refugees “due to their geographical proximity, historical links with Syria and relative integration potential (due to common language and religion).”

The failure in receiving the desperate refugees comes as most of the [P]GCC member states have relentlessly backed the Takfiri militancy against the Syrian government over the past years.

There have been numerous reports of direct assistance provided by governments of Saudi Arabia and Qatar to the extremist militants in Syria. Damascus insists that if it were not for the foreign support, the militants would not have been able to increase their terror activities in the Arab state.

People in other parts of the Muslim world have also heaped scorn on the Arab rulers’ inaction on the refugee crisis.

Sultan al-Qassemi, a commentator in the United Arab Emirates, where no single refugee has arrived since the crisis in Syria began four years ago, said Friday that Arabs have a “moral responsibility” to accept the refugees from Syria.

He said such inaction could recreate a crisis like the one which has existed for decades in the Palestinian refugee camps, adding, “We have a moral responsibility … We have to open our homes as well as our wallets.” 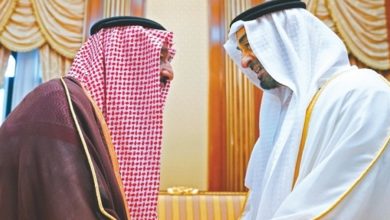 Why Did Saudi-Emirati Yemen Talks Fail?

Takfiri Terrorism’s Next Station Could be Southwest Asia

Who supporting Wahhabi Movements in Republic of Azerbaijan