A specialist unit of the Karachi police tasked with fighting terrorism says it has cracked the Safoora Goth Ismaili Shia massacre, rights activist Sabeen Mahmud’s murder and several other unsolved crime cases in one fell swoop.

Even though to a sceptical mind this may sound too good to be true, we’ll accept the claim at its face value for now and wait for the prosecution to unfold to see if the case can stand scrutiny in court where the accused will be entitled to a legal defence.

In a story carried by Dawn on its front page yesterday, the police officer in charge of the investigation has given interesting details of the case including the various roles assigned to the ‘hit team’ members.

More intriguing than the number of murders, and these alone could run into several dozen if not several hundreds, these men are likely to be charged with is the background of some of them. This isn’t to pass judgment on anyone before the court does but to discuss what is already in the public domain.

When the Safoora Goth massacre details started to emerge immediately following the incident and the contents of a ‘pamphlet in English’ were made public, a couple of security experts on social media were amazed at the use of language such as ‘scum’ to describe a senior police officer in the fight against terrorism.

After the arrests, that language is being attributed to one Saad Aziz, who attended schools in Karachi rated well for the quality of their education and finally graduated from the ‘exclusive’ Institute of Business Administration in the city, exclusive because of its fairly stringent admission criteria.

Because some of those arrested belong to a socio-economic group normally not fitting the terrorist stereotype many people who have had casual contact with them or knew one of them in school were surprised, even aghast, at the suggestion and put it down to usual police claims and methods.

Again without prejudging the legal process, where some of the police claims of pinning so many crimes on the arrested men may well be judged exaggerated, the police unit involved enjoys a professional reputation for solving crimes in Karachi.

The background of those being investigated surely isn’t reason enough for them to be absolved. Radicalism in Pakistan and elsewhere in the Muslim world isn’t necessarily a function of deprivation and poverty alone.

Deprivation, poverty and outright ignorance are undoubtedly exploited heavily by those who brainwash young (mostly) men often into picking up arms and even agreeing to become suicide bombers.

But if you examine, for example, the profiles of the 9/11 hijackers whose mass murder led to victims in excess of 3,000 on a single day, it wouldn’t be difficult to reach the conclusion that want had nothing to do with what they did. They were fed on an ideology of hate and bought into it so totally.

That most of them belonged to far from poverty-stricken Saudi families and had the means to be getting an education or pilots’ licences at US institutions substantiate the suggestion that their radicalisation was engineered by manipulating an ideology rather than anything else.

Omar Saeed Shaikh, a Briton of Pakistani origin and a graduate of the reputed London School of Economics, is currently in prison awaiting execution for his involvement in the beheading of the US Wall Street Journal reporter Daniel Pearl in Karachi.

Then there was Faisal Shahzad, the US-based son of a senior Pakistan Air Force officer, who was convicted of trying to explode a vehicle bomb during rush hour in Manhattan, New York and is currently serving a life sentence in the States.

There is a long list of apparently ‘normal’ (read recipients of a Western-style education) Pakistanis such as doctors, engineers, even some who reportedly worked on the country’s nuclear programme, having been seduced by a radical ideology.

There is no point listing these facts apart from underlining the challenge Pakistan is facing today. As the Safoora Goth massacre demonstrated the fight, sacrifices and successes of the security forces in the distant Waziristan agencies is just one aspect of dealing with this existential threat.

The fight against radicalisation and the resultant terrorism has to be fought in each street across the country, in educational institutions regardless of their denomination and possibly in each home. This isn’t a fight left to the security forces alone.

There isn’t a commentator with even a little knowledge of the Pakistani scene who won’t agree. Like one has argued in these columns a number of times, extremism and intolerance rooted in ideology is a juggernaut that is threatening to surely (and not slowly either) overrun Pakistan.

Yes, we can blame strategic depth for this disaster. Or we can reach further back in history to for example the Objectives Resolution. For me the turning point was Pakistan’s import of the Saudi brand of ideology, indoctrination of thousands, their petrodollars and the US CIA covert operations manuals and training to undermine the Soviet Union after the Red Army intervened in Afghanistan.

Of course, once the main aim of that war was achieved there was no attempted de-radicalisation or even disarming of the groups created then. Why would there have been as the state of Pakistan started to drool at this ‘force multiplier’ and began to deploy it far and wide? It gained such strength that it turned on the state itself.

The real issue now is that this lament won’t enable us to turn the tide of this war. Action will. Sadly, the sort of national consensus and cohesion that may be vital to its success is missing. Perhaps, the leadership will surprise us by leading for once, one day soon, and winning against this existential threat.
By : Abbas Nasir
Daily Dawn 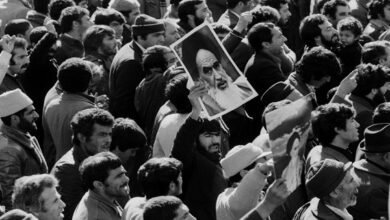 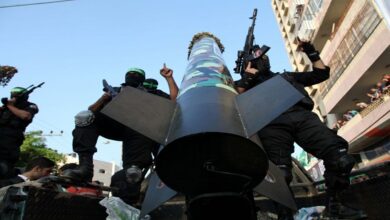 Will Israel stop playing and breaking its teeth in the “Axis of the Resistance” playground?

The Radicalization of South Asian Islam: Saudi Money and the Spread of Wahhabism