The controversial French magazine, Charlie Hebdo, recently published derogatory cartoons depicting the Islamic Republic of Iran’s top religious and political authority, which drew widespread condemnation in the country and across the world.

The foolhardy act created a diplomatic crisis between France and Iran, prompting thousands of young Iranians to gather in front of the French embassy in Tehran in protest.

The point here is not to deny the importance of irony, or the significance of satire, but to throw light on the discursive elements that constitute Charlie Hebdo’s ideology.

We need to begin with an analysis of how a Muslim subject is built as irrational, in permanent need of modernization – a modernization that will arrive from the West – and, of course, secularization.

From this ideological construction, a Muslim is seen as incapable of rational discourse, and therefore, without proper knowledge of “freedom of expression”, the sacred value in modern societies.

In line with this argument, we can say that if a Muslim dares to criticize the notorious French magazine, he or she will be ignored due to his or her condition of Muslimness, a political condition that expells Muslims – physically and ideologically – from the realm of reason.

Again, the real question at stake here is not the defense of the “freedom of expression”. The question, the real one, has to do with power, with a minority – a minority in terms of power – being constantly harassed by those with or in power.

Charlie Hebdo has a long history of jabs at Muslims. No one can deny that the magazine belongs to the hegemonic paradigm – a paradigm that portrays Muslims as the permanent “other”.

No one can deny that the magazine editors were a target of a terrorist attack. But the same editors were and continue to be part of a discursive community that sees Muslims as an alien body within the normative framework.

It is also important to talk about liberal double standards or what noted anthropologist Mayanthi L. Fernando in her book ‘The Republic Unsettled: Muslim French and the Contradictions of Secularism’ calls “asymmetries of tolerance”.

What Fernando tries to explain in her book is that liberalism can reject some practices that are deemed as alien, as they belong to a “moral community”.

In other words, Fernando thinks that there is something called “us” – white, liberal, secular – a political “us” built as the default position of rationality.

Against this “us”, we find Muslims, a body of people who, if they dare to denounce the magazine, are accused of lack of objectivity, and represented as uncivilized or still in the process of being civilized.

The Muslim can speak only for and from his or her particular perspective. If they keep denouncing the cartoons, the normative discourse deploys the language of extremism and terrorism.

This is not just a language game, quite the contrary. This language is used to identify and punish those labeled as “extremists” or “terrorists” – here we have the full panoply of the securitarian state: from monitoring to torture and death.

The official narrative tells us that Charlie Hebdo is a satirical magazine, a magazine that spares no one, and that’s why the magazine needs to be protected.

But, if we pay attention to the history of secularism in France, one of the discursive materials that conform to the ideological universe of Charlie Hebdoo, we get an alternative view.

Charlie Hebdo belongs to that political-ideological matrix known as Islamophobia. And we can define Islamophobia as a type of racism that targets expressions of Muslimness or perceived Muslimness. Racism with a clear political goal: to block the possibility of an autonomous Muslim political identity.

Charlie Hebdo is part of the current hegemonic status quo. It is not a satirical one, because in order to be satirical, you need to have a sense of humor built from the bottom up and not from the top down.

Its satire follows the top-down model, and you have plenty of examples of jabs directed at Blacks, migrants, and Muslims. Only those in or with power can find the top-down sense of humor funny.

We can even say that the magazine, far from being funny, reinforces the ‘othering’ of Muslims, and other vulnerable minorities. Charlie Hebdo keeps the racializing language intact.

When Muslim voices are silenced, when someone says that Muslims have no right to criticize Charlie Hebdo, what we hear, behind the “freedom of speech” noise, is the normative language trying to retain its privilege. 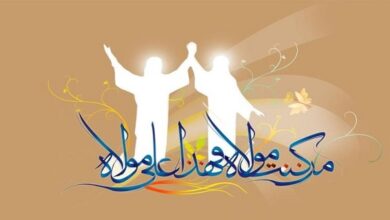 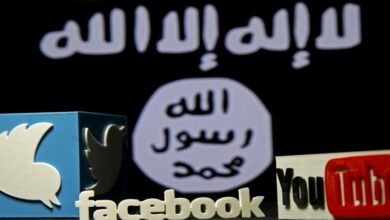