Israeli Defense Minister’s Ankara visit comes as Turkey and the Israeli regime in recent months resumed their ties and are working to boost them after decade-long political tensions. Already normalized with some Persian Gulf Arab monarchies, the Israelis, by bolstering ties with Turkey, seek to give a boost to their regional position and break the security pressures they are suffering from.

On the eve of Israeli elections, the Israeli Defense Minister Benny Gantz visited Turkey to discuss the bilateral issues and the region with the Turkish officials.

His Ankara visit comes as Turkey and the Israeli regime in recent months resumed their ties and are working to boost them after decade-long political tensions. Already normalized with some Persian Gulf Arab monarchies, the Israelis, by bolstering ties with Turkey, seek to give a boost to their regional position and break the security pressures they are suffering from.

The Turkish Defense Minister Hulusi Akar said that during the meetings, they assess the general status of the bilateral relations. He added, Ankara’s policy and views are clear.

“The Turkish government follows a very transparent policy and we would explain this. Given the developments, we should see what the next stages would bear,” he said.

The Israeli regime, which seizes every opportunity to hit the Palestinian resistance groups in the region, is following a similar plan in Turkey this time. Having in mind that Turkey has relatively good relations with the Hamas movement as Israel’s top enemy in the occupied territories, the Israelis are unhappy with this issue and intend to persuade the Turkish officials to withdraw support for the resistant movement.

The Israelis set closing down of Hamas office in Istanbul as one of the preconditions for normalization but Ankara has so far refused, instead setting some limitations on the Palestinian movement, which is not satisfying Tel Aviv. Therefore, part of the goals of Gantz’s visit has to do with Palestine. The Israeli Kan news network reported that Gantz would likely ask Turkey to take some measures against Hamas and some other groups active on the Turkish soil.

Still, Gantz’s push for influencing Turkish policy regarding Hamas is of no avail because Hamas leaders have concluded that after normalization, they cannot set hopes on Turkish or Arab supports— a conclusion motivated their rapprochement to Syria and more convergence with the Axis of Resistance. Recently, a Hamas official said the decision to resume ties with long-time backer Syria was an internal Palestinian matter and there was no need for consultations with Turkey and Qatar as the movement’s replacements to Syria when Hamas cut off its ties to Damascus upon eruption of the Syrian conflict in 2011. Syria-Hamas reunion will certainly tighten the noose on the Israelis. As countermeasures, the Israelis are seeking to shore up ties to Turkey to raise their weight against the Resistance camp.

Ukraine crisis and tensions with Russia

Gantz visited Turkey while Israeli relations with Russia have been severely strained after the Ukraine war. Since Turkey has had good relations with Russia in recent months due to its mediation efforts in the Ukrainian crisis, it can make a suitable mediator to defuse Tel Aviv’s tensions with Moscow. In recent weeks, Russia has applied various punitive measures against the Israelis, including inviting the leaders of Palestinian groups to travel to Moscow. In the meantime, the Israeli regime, which has announced that it will not provide Ukraine with strategic weapons, seeks to reduce the pressures of the West and Ukraine, and is seeking to provide at least so-called humanitarian aid and also the transfer gas to Europe resources instead, as the latter is sinking in a fuel crisis amid Russian energy exports halt.

From another aspect, Gantz traveled to Ankara a few days after Tel Aviv struck a sea gas resources distribution deal with Beirut. This deal allows it to produce gas, and since it needs to transfer the gas to European markets, warm ties with Ankara facilitates its gas sales.

Gantz’s Turkey visit at present can be tied to Karabakh developments. Given the Iranian warning about any adventures by some regional sides in South Caucasus and that it is opposed to any geopolitical changes to the region and would respond to them, Turkey and the Israeli regime as two backers of Azerbaijan are trying to coordinate their programs more than ever. After Iran’s IRGC military drills in Aras border region with Azerbaijan in mid-October, which represented a serious warning to some countries intending to create tensions in the region, the Israelis are seeking an opportunity to fuel tensions between Tehran and Baku. Having considerable ties to Azerbaijan and having established a presence in that country to watch Iran from a vantage point, the Israeli regime is greatly afraid of Iranian security measures. Therefore, in association with Turkey, the Israeli intend to broaden support to Azerbaijan for implementation of their ambitious plans. 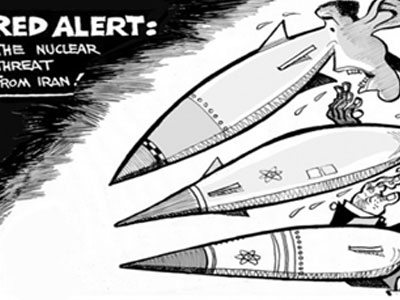 Is US journalist’s beheading a pretext for US war on Syria?