On this day in 1989, the World lost the man that revolutionized the balance of power in West Asia and restored this balance on an international scale, uplifting with it not just the Muslim and Arab world, but the dignity and power of all oppressed nations with it.

Before the Islamic Revolution, Iran, in step with the rhetoric of colonized compradors around the world, represented the nexus of humiliation and subjugation, as a lavish and corrupt monarch presided over a society where the modern manifestation of the Persian empire was subjugated and humiliated to the West.

Before being a material revolution, the Imam’s revolution was a philosophical one, aimed at restoring the ideological framework of Islam, restoring the divine authority in a world hostage not to modernity, but to the economic, political, and epistemological domination of the post-Enlightenment Western tradition.

Unlike most revolutions of the 19th century and the post-industrial age in general, Khomeini’s was not primarily about economic concerns or anxieties, merely placated by advances in living conditions or material matters. Khomeini reminded the world that true revolutions were first and foremost about the preservation of dignity, “not the price of watermelons.”

Nonetheless, the material benefits of Khomeini’s revolution were actualized in the ascending power and support it gained and shared with Iran’s pious working class. Through the IRGC, the Imam instituted a vanguard system that defended the revolution through neighborhood committees, built institutions to deliver health care, paved roads, and educated rural dwellers. While safeguarding people’s rights to personal property, the Islamic Revolution deprivatized land and financial assets and confiscated wealth from under the throne of the unseated shah and transferred it to the people.

It was Khomeini’s revolution that restored and upheld the role of women in society, not through symbolic tokenistic gestures, or through the spectacle of quotas and seats, but rather enabled and emboldened them to liberate themselves from subordination to the West and its image sold to women as well as the male gaze. Khomeini exalted the Today, over 70% of STEM students in Iranian universities are women, and women have been active in trailblazing their successes and talents on the scientific, political, educational, and social fronts, preserving what Khomeini galvanized in 1979 the feats of women that stood “shoulder to shoulder with men, ahead of them even” in numerous social arenas defending the cause of the revolution. “Women are the educators of society,” Khomeini said in his works on the Position of Women from the Viewpoint of Imam Khomeini. “A country’s success or misfortune depends on women.”
Khamenei, reaffirming the rejection of women as commodities for men, reaffirms the rightful place in women’s society as the lifeblood and educator of society. “If others do not allow a woman’s talents to be cultivated,” Khamenei said in a 1997 speech, “this is an act of oppression.”

The Islamic Revolution shattered the false dichotomy of politics and religion, modernity vs faith, and rightly instituted the Tawhidic model in society which enabled the Islamic Republic to rise as a spiritual and scientific power simultaneously. This alternative to Western medicine, which Imam Khamenei says has been used to service arrogance, advances science in the service of ethics rather than in opposition to it, spearheading goals and plans to lead the country to become a major global scientific superpower in a few decades’ time.

Khomeini’s revolution revitalized a revival of dignity and spirit of the oppressed in West Asia and elsewhere in the world, giving rise to the mightiest resistance forces that successfully challenged Israel and the US occupation. Given the long history of resistance to occupation demonstrated by the Zaidis against the Ottomans, to the Iraqi Shite peasants to the British in the 20s, and in Lebanon and Palestine at the crux of the French and British occupation. Tapping into the natural histories of the regional resistance, Khomeini’s revolution gave rise to the only Arab and regional forces that successfully challenged and defeated Israel.

Even after the collapse of the global left bloc and catapulting of the PLO from a resistance force to one that subordinated to the concessions that eventually led to Oslo, Khomeini’s revolution restored the dignity and stance of the Palestinian cause into one that would accept nothing less than resistance until victory. His successor, Khamenei, perfected this, and, today, united all factions of the Palestinian resistance in continuation of the posing of the greatest threat and challenge to the Zionist entity most pronounced in the “Sword of al-Quds” resistance effort during Israel’s last siege on Gaza. On May 12, 2021, Palestinian resistance groups issued a letter of support to Imam Khamenei. Included among the myriad statements of support was a message from PFLP leader Ahmad Jibril, who wrote that “Imam Khamenei has played the greatest role in instituting the equation of blood in return for blood, wound in return for wound and fear in return for fear” and “disgraced those who support compromise, making a peace, and the normalization of relations with the Zionist regime.” Jibril added that “the uprising of the people in al-Quds and the bravery of our nation in defending al-Quds has confirmed the correctness of Imam Khamenei’s predictions that this oppressive enemy only understands the language of resistance and deterrence.”

Among Iran’s few and most staunch allies during the 1980-1988 Iran-Iraq War, when both the US and USSR backed Saddam Hussein and the whole Arab and Islamic world turned its back on Iran, was the Democratic People’s Republic of North Korea (DPRK), supplying Iran with air defenses and missiles. More than just military support, the DPRK developed an unbreakable camaraderie with Iran reflected in the DPRK’s “Juche” ideology and Khamenei’s articulation of the “resistance economy.” True to the two Leaders’ mantra of “neither East nor West”, Kim Il-Sung wrote about the “flunkiness of self-styled Marxists” that blindly took orders from Krushchev’s Comintern and almost led the DPRK to “ruin.” With the fall of the leftist bloc worldwide emerged the global “non-aligned movement,” an alliance of solidarity that Khamenei, the leader of “the only non-aligned nation amongst non-aligned nations” fostered by resisting US imperialism in the vein of “neither East nor West.”

The Islamic Revolution’s famous mantra of “Death to America,” which Khamenei clarifies refers only to those in power, has been heard from West Asia to even North America, where the Leader’s solidarity with oppressed people extended to solidarity and support within the internally colonized communities of the Western hemisphere. From Khomeini’s ordering of the release of women and black hostages during the 1979 popular takeover of the US Embassy to Khamenei’s continued support and recognition of the systemic violence against blacks in America, where this solidarity of a Third Worldist dimension – otherwise drew no geographic boundaries.

It was revolutionary Iran that helped support and organize the mightiest West Asian resistance that brought the US and Israel to their knees on multiple fronts, that paved the way for multipolarity, and a new international balance of power. Khamenei, carrying the Islamic Republic with diplomatic finesse, yet a firm and unwavering dignity, challenged global arrogance, not from a position of victimhood and pleading weakness, but by professing the oppressors’ weakness and mobilizing an effort that is leaving the once-invincible imperialists’ days numbered. 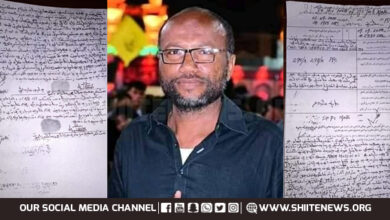 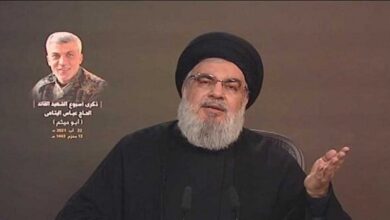 Nasrallah: US leads war against resistance through its Beirut embassy 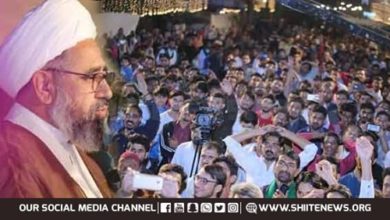 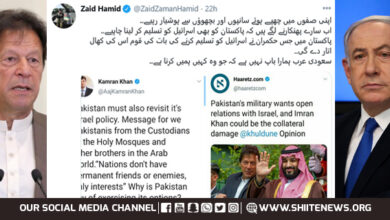