It used to be axiomatic in the West post-WWII that the Nazi swastika would for evermore remain a symbol of pristine barbarism and evil, and that wherever and whenever it appeared it would become the solemn duty of all right-thinking people to take a stand against it. This, so the thinking went, was something we were bound to do both out of respect for the millions slaughtered in the name of this execrable symbol in the past, and to ensure that nothing like the slaughter unleashed in Europe in the name of the heinous ideology it represents ever comes close to happening again in the future.

In 2022, this settled view of the swastika and all it represents has in the West clearly and egregiously been lost to geopolitical and strategic expediency, confirming that history is not, as Irish thinker Edmund Burke stated in the 18th century, ‘a pact between the dead, the living and the yet unborn’; but today is instead a pact between dead, the living, and rank opportunism.

The conflict in Ukraine, let us be clear, did not begin on February 24, 2022 with the start of Putin’s so-called ‘special military operation’, as Western ideologues would have us believe. In truth it began in 2014 with the Maidan coup against the country’s then democratically-elected government in Kiev, leading inexorably to an uprising against the pro-West regime installed in its place by Russian speaking Ukrainians in the south and east of the country.

Since then Ukrainian ultra-nationalists and neo-Nazis have been key in ensuring that the government in Kiev, under both Poroshenko and his successor Zelensky, could not implement any of the conditions set out in the Minsk I and II Agreements, legislating for a ceasefire in the Donbass followed by regional elections being held in recognition of the Donbas enjoying not independence but devolved autonomy within a wider Ukraine framework.

This leads us to the astonishing encounter that took place between a freshly-elected Volodymer Zelensky and Ukrainian ultra-nationalists/neo-Nazis in the Donbas in 2019. Zelensky had arrived on a visit to the town of Zolote, close to the then frontline between Ukrainian forces deployed there and their pro-Russian adversaries.

The men Zelensky encountered were members of the Azov, and they made clear that they would defy any instructions to lay down their arms in accordance with Minsk or the peace plan upon which the new president had just been elected by a thumping majority. The leader of the Azov, Andriy Beletsky, went even further, threatening to bring thousands of fighters to Zolote if Zelensky refused to back down.

Covered in depth by Alexander Rubinstein and Max Blumenthal for The Grayzone, this encounter confirmed the chilling extent to which neo-Nazis managed to box in the country’s president and force him to dance to their tune, rather than the other way round.

It is simply the case that no other state in Europe has uniformed and armed regiments and battalions of neo-Nazis incorporated into their armed forces, replete with Nazi insignia and symbols adorning their uniforms. And it’s not just the Azov Regiment. There is also the Aidar Battalion, Dnipro 1, Dnipro 2, Kiev 1, Ukraina, Centuria, Right Sector — in total around 30 such volunteer neo-Nazi/ultra-nationalist groups fighting on the Ukrainian side.

A recent Newsweek piece reported that these groups have engaged in ‘ISIS-style atrocities’, involving the beheading and dismemberment of Russian POW’s and pro-Russian ‘sabateurs’ and ‘accomplices’. Based on a report by Amnesty claiming that these far right milita groups were operating with “virtually no oversight or control,” the article highlights the consequences of Western governments opting to embrace opportunism rather than principle in their engagement with Ukraine since 2013, doing so while turning a blind eye to what the Kremlin has known all along — namely that Nazi ideology has deeply entrenched cultural roots in western Ukraine, a part of the world with a baneful legacy of collaboration with the Nazis during WWII.

The veneration in which the infamous Ukrainian fascist and Nazi collaborator Stepan Bandera is a case in point and constitutes an indictment Kiev’s political establishment’s failure to address this legacy and condemn it.

Never forgotten should be the fact that specially formed Ukrainian auxiliary police units and an SS division (Galicia) were responsible for some of the most heinous atrocities carried out against Ukrainian Jews, Russian speakers, Roma and other minorities during Hitler’s occupation.

Their neo-Nazi progeny in Ukraine today have likewise been responsible for attacks against minorities. A 2018 report by the Helsinki Commission revealed that ‘Over the course of 2018, attacks on Roma in Ukraine have escalated dramatically. Several of the mob attacks have been filmed and broadcast in an attempt to intimidate Roma communities. The attacks have destroyed property, injured many, and killed at least one.’

In providing unconditional military aid to Ukraine in its conflict against Russia, while conveniently overlooking the uncomfortable truth about the normalization of fascist and Nazi ideology that has taken place within Ukrainian society, the West is merely sowing dragon’s teeth in what amounts to a quite astonishing and shameful refusal to learn from history.

John Wight is an author and political commentator based in Scotland. 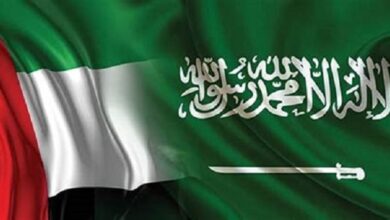 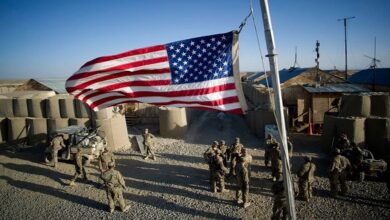 2021 Roundup: The failed US withdrawal from Afghanistan 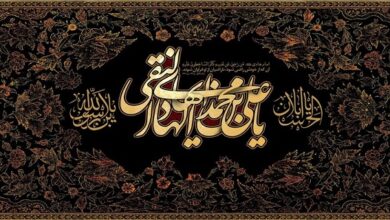