Over six months after the parliamentary elections in Iraq, the country still struggles to form its new government. The Enqad Al-Watan Coalition that was formed on March 28, constituted of Sadrist Movement, Kurdistan Democratic Party (KDP), and the Sunni Sovereignty bloc, insists on forming a national majority government. On the opposite side, the Shiite Coordination Framework (SCF) along with its independent allies accuses Muqtada al-Sadr of unilateralism and demands formation of national unity government covering ll political factions.

Al-Sadr announced a 40-day deadline for the formation of a government by the SCF after failing to reach the quorum of the parliament on March 23 and 30 sessions . Meanwhile, one of the conditions set by him is that the arms of the factions present in the resistance camp be handed over to the Popular Mobilization Forces (PMF) within a few months. To be precise, the leader of the Sadrist Movement has tied the participation of the resistance groups in the new Iraqi government conditional to the handover of arms to the voluntary anti-terror organization. Al-Sadr’s request has now provoked a significant level of reaction. His demand as a significant issue has taken a center stage in the analyses of political observers.

Handover of resistance groups’ arms and realities of the country?

The demand for laying down of arms of the resistance groups in a simple translation means disarmament of these groups and handover of their arms to the government. But to what extent does al-Sadr’s demand correspond to the realities of politics and governance in Iraq? Or another question should be like this: Are the resistance groups fully under the command of the PMF and its commanders that al-Sadr asks them to hand over their arms to it? To answer this question, we should suggest that despite closeness of agenda and mindset of these groups to the PMF, they are never existentially dependent on the PMF, an voluntary organization formed in 2014 in opposition to ISIS terrorist organization in 2014 following a fatwa by grand Shiite cleric in Iraq Sayed Ali al-Sistani. The existence of these groups essentially rests on the need to fight terrorism and foreign occupiers, as well as to defend the national security and territorial sovereignty of Iraq. Therefore, the mistake of al-Sadr is that he linked the existence of them to the PMF, also called Hashd Al-shabbi.

Faleh al-Fayadh, the head of the PMF, recently stressed that the organization had previously agreed to a request by al-Sadr calling for handover of resistance groups’ arms within a few months. Essentially, these groups have no problem with weapons handover, but they insist this will happen only after the formation of a new government and the withdrawal of the US occupation troops from Iraq. Al-Fayadh also held that the resistance groups have nothing to do with the government and the Hashd and that the coordination committee of the resistance groups is a spiritual front that declared its existence and carries out specific operations independently.

From the core of statements of the PMF head it can be clearly inferred that the existence of resistance groups is basically based on opposition to the foreign occupation and there can be no interference between these groups and the central command of the PMF. In fact, there may be personal or security and judicial commonalities between members of the PMF and the resistance groups, but there is no direct connection between them. So, it can be boldly asserted that al-Sadr has made a strategic mistake in his reading of the facts.

In the name of the nation, in the interests of the American occupation

Al-Sadr’s arms handover precondition for incorporation of the anti-occupation and terrorism groups in the new government has majorly been made under the cover of consideration of national and public interests. But as al-Fayadh suggested, these groups’ existence depends on the continuation of existence of the American occupation. In fact, in the event of the withdrawal of the American forces from the country, the existence of them and the manner in which they continue their operation does not require al-Sadr’s controversial statements.

Al-Sadr’s demands, thus, should be regarded in the name of the Iraqis but in the interests of the US and its domineering agenda in Iraq. In other words, al-Sadr’s demand is the same demand that American leaders have consistently made in recent years. Over the years, Washington has spared no efforts to disarm the resistance forces as the biggest obstacle to sinister US policies in Iraq. One way to advance this demand has been the Iraqi government.

So, with his irrational demand, al-Sadr is apparently playing at the hands of the Americans, and by coalescing with the KDP, which is a staunch supporter of the American military stay in Iraq, he damages his pro-independence and nationalist rhetoric.

Obama declares war on Syria: Why the real target is Assad not ISIL 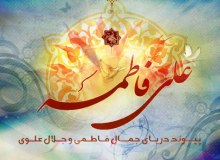 The Marriage of Imam Ali (A.S.) and Hadrat Fatimah Zahra(S.A.)

Beware of the exaggerators: From ISIS to Islamophobes