Hezbollah Resistance Movement has gained salient achievements in Lebanon and the region over the past 30 years under the Secretary-Generalship of Seyyed Hassan Nasrallah.

After the appointment of Nasrallah as Secretary-General, this Resistance group witnessed a lot of progress. It was during the leadership of Nasrallah that Hezbollah was able to access long-range missiles for the first time. Hezbollah used the same missiles to target the northern axis of the occupied lands and territories during the Secretary-Generalship of Nasrallah. This event happened in 1993.The increased power of the Lebanese Hezbollah Movement during the leadership of Nasrallah caused Zionists to be determined to destroy and annihilate this Resistance group in Lebanon. Hence, they (Zionists) targeted southern Lebanon and severely damaged its infrastructure. The main and basic goal of Zionists was to destroy Hezbollah or at least to prevent its growing progress. However, Zionists became desperate and were unable to destroy Hezbollah’s weapons and arsenal which had been provided during Nasrallah.

Hezbollah’s show of strength against Zionists caused a great deal of discord and division among military commanders of the Zionist regime. The main reason for these differences was the blows that Zionists received from the Resistance group in Lebanon. Some Zionist commanders believed that Hezbollah should be dismantled as soon as possible while others believed that any conflict with this Resistance group is tantamount to committing suicide since Hezbollah enjoyed increasing military power.

The unconditional withdrawal of Zionists from southern Lebanon in 2000 was one of the biggest blows inflicted on them (Zionists) by the Lebanese Hezbollah. Now, more than two decades have passed since then, but Zionists still have not forgotten the bitter taste of defeat because they believe that that defeat laid the foundation for future defeats of Zionism in Lebanon and the region. Therefore, it can be said that the greatest achievement of Nasrallah during his leadership over Hezbollah was to strengthen the military power of this Resistance group and to break the myth of invincibility of Zionism.

The Lebanese Hezbollah Resistance Movement was formed in 1985. At the beginning of its establishment, Hezbollah was forming the basic and fundamental structure of the Amal Movement. Hezbollah left Amal Movement in protest of the participation of this Movement led by Nabih Berri in the Lebanese National Salvation Committee in June 1983 to form a new structure which it called the “Islamic Amal Movement.”

The Israeli invasion of Lebanon in 1982 and the occupation of half of the country’s land and territory was a turning point for the emergence of Hezbollah. At the same time, with the defeat and retreat of Palestinian Resistance groups and Lebanese left-wing parties and defeat of theories of Arab nationalism and leftist ideologies, the ground was prepared for the emergence of Hezbollah as the only option to counter the occupation. In February 1985, a few years after the Israeli invasion of Lebanon, Seyyed Abbas Mousavi announced the existence of the Lebanese Hezbollah Resistance Movement instead of the Islamic Amal Movement and many Shiites joined the Movement.

2 – Decisive and Crucial Operations of Hezbollah

Hezbollah was formed at a time when there were significant obstacles ahead of the success of the Movement. But two major operations made Hezbollah the largest socio-military Movement in Lebanon and West Asia:

* The humiliating expulsion of occupiers from southern Lebanon in 2000

When Hezbollah was formed in Lebanon, no one imagined that 15 years later it would be able to make the first surprise against Israel.

After occupying large parts of Palestine, the Zionist regime sought to occupy other countries as well. Following this greed, Zionists invaded Lebanon in June 1982 and occupied half of Lebanon’s land and territory. The occupation continued until Hezbollah finally expelled Zionists from southern Lebanon in 2000.

Hezbollah’s second surprise came after the Zionist army’s disgraceful defeat from the Hezbollah group in 2000 and the humiliating expulsion of occupiers from southern Lebanon. For the first time in decades, the Israeli army suffered a major defeat in a direct confrontation in the 2006 war. The victory of Hezbollah in the 33-day war erased the myth of invincibility of the Israeli army forever. In fact, Hezbollah’s victory in 2006 and in 33-day war created an equation that made the Zionist regime not have the courage to attack Lebanon in the last 15 years.

But with the elapse of almost four decades after Hezbollah began its activities, the Movement has emerged as a decisive force and has been able to bring about fundamental changes in equations of war. Hezbollah is no longer a Movement that had only a few thousand forces and its scope of activity was very limited. Nasrallah has recently revealed for the first time that Hezbollah is equipped with 100,000 trained, experienced and skilled fighters who are ready to confront any aggression both inside and outside Lebanon.

In addition, Hezbollah had about 15,000 missiles during the 2006 war and the number of these missiles has increased to a great extent since then. According to the latest estimates, the total number of Hezbollah’s missiles have reached 130,000 up to 170,000. The “Jerusalem Post” Daily in a report last year considered Hezbollah in Lebanon “as a major threat to the Zionist regime” and acknowledged the Resistance group’s high missile capability. The Newspaper wrote that Hezbollah has the ability to fire 4,000 missiles and rockets in any upcoming war with the Zionist regime. In the 33-day war in 2006, it fired less than 4,000 missiles and Hezbollah’s surface-to-surface missile exceeds 95 percent of the world’s armies.

Hezbollah Movement has now become a role model for the Resistance groups. In addition to the military arena, it has entered the political arena and parliamentary election process and has achieved brilliant victories. Now, without the consent of Hezbollah, the government and Cabinet in Lebanon will not be elected and this means the path of victory planned by Hezbollah in Lebanon. The high spirit of Hezbollah among Palestinian Resistance groups has reached a point where Palestinians stood up against the enemy courageously and with more perseverance and during several previous wars in Gaza Strip in 2008, 2012 and 2014 we have witnessed salient military progress especially in the Palestinian missile industry. In “Operation al-Quds Sword” in 2021, the Palestinian Resistance group was able to inflict a severe defeat on Zionists in 11 days. Yemeni Ansarullah Movement is also active as a Movement that has greatly been influenced by Hezbollah’s experiences and victories against Zionists and has taken Hezbollah as a role model for its upcoming victories.

The brilliant performance of Hezbollah in Lebanon over the past few decades has made it very popular among Lebanese people despite all the designed projects. Hezbollah’s victory in southern Lebanon prompted even some dissidents and opponents to show their support for the Movement in Lebanon. Many parties and walks of life in Lebanon, even with intellectual, cultural and ideological contradictions they have with Hezbollah, throw their weight behind Nasrallah and consider fighters of the Movement as a leading factor for the liberation of Lebanon against the Zionist enemy.

Following Hezbollah’s victory in the 33-day war, Lebanon suddenly became a very important, influential and history-making country for the first time among 400-million Arabs. In fact, Hezbollah’s victory caused the Lebanese people to boast about themselves among Arab countries, because Israeli army had defeated Egypt, Syria and other Arab countries decades ago and now a Lebanese Resistance group was able to take revenge on Arab countries which had been defeated by Zionist regime. This made Hezbollah widely accepted among the Lebanese people and pro-Palestinian countries. Nasrallah also topped the list of leading figures in the Arab world with this victory.

Although Hezbollah officially declared its existence in 1985, it can be said that it has been active since 1982 as an idea and thought, originated from the political-Islamic current which was one of the ideas of Imam Musa Sadr, but after the glorious victory of the Islamic Revolution in 1979, under the wise leadership of Imam Khomeini (RA), it gained more power and strength. Over the past four decades, Hezbollah has been able to establish and prove itself as a guarantor of the national interests of Lebanon with two major victories gained in 2000 and 2006.

In addition, the confrontation between Hezbollah forces and terrorists who were seeking to infiltrate Lebanon from Syria led Lebanese people to consider Hezbollah as a movement that serves the interests of Lebanon. In regional arena, too, Hezbollah has been turned into a dynamic movement and Resistance groups in Palestine and Yemen have been able to fundamentally change regional equations by following the experiences gained by Hezbollah Movement.

Why was Imam al-Reza (A.S.) Invited to Khurasan? 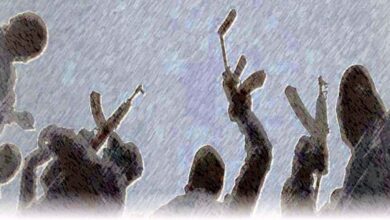 IS-KHORASAN ENTERPRISE: THE AGENT OF CHAOS

And this was how the battle of Karbala started …