At a breakfast table with former British Foreign Secretary Jack Straw, just shortly after the Iran nuclear deal was reached, I asked the former UK negotiator about the differences between the JCPOA and what they had reached in European Troika’s talks with Tehran during the administration of former Iranian president Mohammad Khatami and why the previous deal had failed. Straw didn’t see much difference between the two deals in terms of contents, but he admitted that, then, the US did not allow the Europeans to move forward with the deal and brought it to a failure.

According to him, Washington prevented the Europeans from implementing their commitments and normalizing their ties with Iran, just because they had no role to play in the deal. So, the 2015 deal was reached because the US was a participant to the negotiations. In other words, the European Troika did follow what the White House had dictated them despite all the promises they had made to Tehran.

A similar story was repeated when former US president Donald Trump decided to withdraw Washington from the nuclear deal Iran and the 5+1 group had difficultly reaching about three years back. Despite being against Trump’s unilateralism and damages Washington had inflicted on internationalism and EU interests, the UK, France and Germany decided, again, to follow the steps of the Americans and abide by their rules, even though it was clearly against their interests in the JCPOA and against the UN Security Council resolution.

Under the E3-Iran agreement, Europeans had to provide Iran with 20-percent enriched uranium for Tehran nuclear medical facility. Yet, they failed to keep the promise and – according to Jack Straw – broke the deal under the US pressure. Consequently, Iran stepped forward to increase its indigenous enrichment capability to 20 percent to help its citizens who vitally needed the medical services. Thus, when the two sides came to the negotiation table during the administration of former US president Barack Obama, they had to discuss to reduce enrichment from 20 to less than 4 percent. After signing the JCPOA, although Obama did not do his best to remove all the sanctions the US was committed to lifting according to the deal, the agreement was at least working almost acceptably.

When Washington left the deal in 2018 and returned all the sanctions, the Europeans remained irresponsibly silent and did not act seriously to keep the deal alive and, long after the US withdrawal, Iran decided to pursue 60-percent enrichment and manufacture metal uranium. This means that in a new round of talks in Vienna where a new negotiation team from Iran is present, western countries need to provide Iran with incentives to give up with its level of enrichment and new technical accomplishments. Otherwise, Iran has no reason to keep negotiating and discussing futile or worthless outcomes.

Within the JCPOA, Iran has been entitled to normal trade and financial transactions, and five years after the signing of the deal, to the right to have arms deals with the world. Yet, none of them was ever fully implemented by western countries; despite lifting most of the sanctions, the US put pressure on European companies and countries to prevent them from entering and investing in Iranian market. Just like two decades ago, Washington that had realized that because of decades of sanctions against Iran, its industries and businesses lacked arrangements to work in the Iranian market, decided to prevent cooperation between the European countries and Iran.

After both negotiations and deals between Iran and the West, the US took an approach of “Après moi, le deluge!” (suffering from their own mistakes), the Americans cannot benefit as much as the others from an agreement with Iran and cannot see more benefit for others either. Thus, they have so far been impeding the Vienna talks by insisting on keeping sanctions in place and putting excessive demands on the table. The Europeans have always abided by the US decisions, but the new round of talks seems to be a closing window for them to reach a real deal with Tehran. It will be up to Europe to decide whether to obey the US or reach an agreement with Iran which will be implemented and guaranteed. 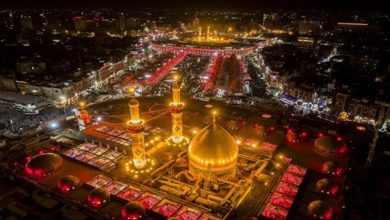