In comments given to “Barlamanashaab” (the People’s Parliament) in August, Kordahi said that the Houthis were acting in self-defense and called the Saudi-backed aggression ‘futile.’

The passing remarks – resurfacing on social media on 26 October – prompted the sudden uproar by Saudi Arabia which demanded Kordahi’s resignation, also recalling its ambassador, followed by three other Persian Gulf states -Kuwait, the UAE, and Bahrain.

At face value, Kordahi’s statements weren’t any more controversial than typical ‘human rights’ based condemnation of the Saudi regime’s actions by Western leaders or elected officials who didn’t shy of slamming Riyadh for its perpetration of war crimes.

Yet Lebanon, like Yemen, has served as a particular site of humiliation and embarrassment for the Saudi regime. More frustrating to the Saudis is the symbolic humiliation of the Information Minister, formerly employed as a game show host on MBC, one of many Saudi-funded outlets in Lebanon. MBC’s October 27 declaration to move its headquarters to Saudi Arabia operated under the pretext of Kordahi’s comments, yet was a transition in the making for years that came at the helm of Saudi domestic and regional insecurity.

Lebanese TV stations associated with Saudi support beforehand have defunded or withdrawn their support from stations that had been under their support. Future TV and the Daily Star, both prominent news platforms in Lebanon with the former directly linked to Hariri’s political party and the latter purchased by a holding close to the Hariri family, were forced to close in 2019 and last week respectively.

As the post-March 2015 siege on Yemen wound to an impending defeat by the Saudi aggression against the Ansarullah resistance, the Saudi aggression tightened up its pressure against Yemen’s civilians through a brutal blockade that has caused a massive famine and cholera epidemic.

The comments resurfaced in the context of Saudi losses in Ma’arib and the growing insecurity over Lebanon brewing with the Saudi regime for over a decade. Hezbollah, the Lebanese resistance group that has stood in solidarity with the Ansarullah, is viewed as the representative of all obstacles to complete Saudi political and economic hegemony in Lebanon. The claims that Lebanon is “Hezbollah controlled” and “afflicted with the dominance of Iran’s proxies”, as Saudi Foreign Minister Faisal bin Farhan said in an interview to Saudi-funded Al-Araby al-Jadeed, of Lebanon and in reference to the resistance group, represent a projection of insecurities for the declining Saudi influence in the country, whose decades of investment and financing of media, institutions, and terror groups have failed to produce their intended results, and as we see in recent years, have utterly backfired.

The Saudi disinvestment from TV channels in Lebanon coincided with the US and Saudi loss of support to its political proxies in the country. By 2015, Saudi Arabia had rescinded its heavy-handed support of Hariri and Geagea, the latter intensifying his pleas to the US for weapons and support.

After Switzerland, the UAE and Saudi Arabia were Lebanon’s second and third largest export markets in 2019, making up around 15% and 7% respectively of total exports. Saudi Arabia’s recent ban on all imports from Lebanon is in step with its April ban of Lebanese produce under the farcical pretext of “drug smuggling,” a decision that was supported by Kuwait, the UAE, and Oman. Blacklisting and economically blockading Lebanon over the presence of Hezbollah also accompanies the increasing economic ties the Persian Gulf is cementing with the Zionist entity.

Riyadh’s demands for the Lebanese government to “reduce” Hezbollah’s role in Lebanon, an undemocratic demand shared by the Kingdom’s Western allies, far precedes the last few weeks. It is an objective pressed by Riyadh for decades, in line with its regional and international allies for decades and especially after 2008, when in the face of Saudi-backed provocations through the Hariri-led Future Movement, Hezbollah was proven to have remained just as steadfast domestically as they had against Israel in 2006.

Since the aftermath of the 2009 Doha agreement, in an economic campaign that only intensified after 2016, Saudi Arabia and its allies began to cut their inflows of aid and money on which Lebanon developed a dependency since the 1990s. From 2009 onward, hundreds of Shia workers in the UAE were expelled and deported, and that year, Bahrain opened up a secret embassy for Tel Aviv.

Aside from the response of some Lebanese officials, including Lebanese Foreign Minister Abdullah Bou Habib who terms the demands “impossible,” Saudi Arabia’s existential crisis does not emanate from the supposed “Hezbollah” dominance over the Lebanese state, which still remains largely under the economic, institutional, and administrative control of the US, but of the persistent and threatening steadfastness of the resistance group that only becomes more emboldened when confronted with challenges and aggression. In Lebanon, Saudi and its allies fear the preparedness of Hezbollah, as the party’s official Hashem Safieddine said on October 3, in removing American occupation (and by default, Saudi influence) from Lebanese state institutions.

It was during this week in 2017 that the Saudi regime captured then-Prime Minister Saad al-Hariri at the Riyadh Ritz Carlton Hotel and tortured him in a forced resignation, frustrated at the former prime minister’s incompetency and inability in thwarting Hezbollah. With the four-year anniversary of the former prime minister’s kidnapping taking place this week, the resurfacing of Kordahi’s month-old comments represents the Arab Quartet’s regional political objectives – from failing in Syria post-2011 and Yemen post-2015 – finally being laid to rest in Lebanon.

The semantics of Wahhabi hatred – What motivates Terror’s ideology? 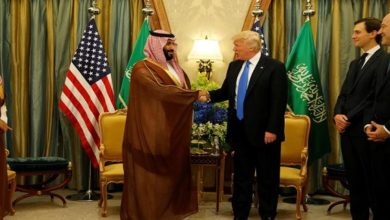