The inauguration of the Israeli embassy in Bahrain and the celebration of Israeli apartheid at the Expo 2020 in Dubai are the latest manifestations of the violent alliance between the three oppressive regimes which has been advertised as ‘normalization.’ This increased public collaboration is a necessity for Israel, but, despite an exhaustive propaganda campaign, it will not help legitimize the regimes nor prevent their decline in the long run.

The illusion of a “normalization”

The formal US-backed publicization of the relations between the regimes of Israel, the United Arab Emirates and Bahrain in August 2020, also known as the so-called “Abraham Accords,” has highlighted how these oppressive regimes increasingly depend on each other.

The announcement was celebrated as alleged progress toward so-called “Arab-Israeli” peace in the Middle East, as if a war had ended. Of course, the regime in Tel Aviv and the ruling monarchs in Abu Dhabi and Manama were never really in any conflict. The unelected Persian Gulf dictatorships and the apartheid colony can be seen as natural allies given that their existence in the current forms necessitates continuous oppression and existentially depends on US support. The solidarity between the regimes is becoming crucial for their survival.

The normalization of the Israeli regime has been advertised as beneficial for Palestinians, through a recycling of Zionist euphemisms of “conflict” and lies about imaginary “peace talks” and “two-state solution.” Under the guise of prosperity and the ridiculous pretense to be helping Palestinians, the ruling monarchs of the UAE and Bahrain have done further damage to the Palestinian cause, becoming direct collaborators in the Israeli settler-colonial apartheid project. Yet, they lack any democratic mandate from their own population. Emiratis and Bahrainis did not elect these despots, nor did they consent to normalization with the Israeli regime.

Laws in the UAE forbid organizing and protesting. Criticism of the normalization could effectively lead to life imprisonment. A culture of fear has prevented citizens from opposing their regime’s alliance with Israel.

Despite the lack of freedom of speech, Bahraini citizens continue to protest against the regime’s alliance with “Israel.” They face violent silencing from the regime. This week, regime forces brutally suppressed the demonstrations against the visit by the Israeli regime’s foreign minister. Yair Lapid arrived in Manama on the first commercial flight from “Israel” in order to inaugurate the Israeli embassy in Bahrain. The two regimes stressed their common anti-Iranian stance and the usual key myths used in the advertising of the so-called normalization, i.e., peace, stability and cooperation.

The necessity of propaganda

Meanwhile, in Dubai, Expo 2020 represents a major propaganda opportunity and, in fact, necessity, for both the Israeli and Emirati regimes.

The dictatorship has long developed Dubai into a hyper-capitalist hub, where despotism is presented as progress, whitewashed through money, technology, and entertainment. The absolutist monarchy is using Expo 2020 to expand its glittery image, trying to hide its structural human rights violations at home and abroad, such as the systematic oppression of foreign workers and the war crimes in Yemen.

Just like Israel, the UAE invests enormous propaganda efforts to secure its legitimacy in the West. The expo, for example, is heavily promoted by the corporate media outlet CNN.

The Israeli regime was particularly well-received at the event. Israel can now whitewash its apartheid directly from Dubai. Indeed, the Palestinian Boycott, Divestment, Sanctions (BDS) Movement reiterated its call for boycott of all events sponsored by the Emirati regime. Highlighting the violent alliance between the two regimes, the Palestinian BDS National Committee called for “escalating worldwide pressure on the UAE dictatorship to end its support for Israel’s apartheid regime, its crimes in Yemen, and its horrendous human rights violations at home.”

On her visit to the UAE this week, Israeli interior minister Ayalet Shaked announced the implementation of visa-free between citizens of the two regimes. Shaked, who is known for her calls for genocide of the Palestinian people, was impressed by the Emirati police and the surveillance in Abu Dhabi.

The aftermath of the formal normalization has revealed how similar the three regimes in fact are. It has also shown their fragility. The normalization is most of all a transactional relationship between the United States and its proxy regimes. It is also an extension of Zionist apartheid. In fact, it has expanded the Israeli military and surveillance apparatus to the Persian Gulf. Israeli spyware has been used to track and oppress dissidents. Israeli tourists are smuggling drugs and engaging in prostitution. The apartheid state’s police will soon be establishing a permanent presence in the UAE.

Decline of US hegemony

Israel is weakened. As the US hegemony in Western Asia seems to be in decline, the normalization with Arab regimes is becoming crucial for Israel’s continuous survival.

The settler-colonial regime is constantly on the edge, having to please its enablers and justify its mere existence which continuously necessitates both the genocidal removal of Palestinians and enormous propaganda efforts.

However, settler-colonialism and apartheid cannot be normalized, neither can the despotic rule in the UAE or Bahrain. For decades, the people in the region have rejected any rapprochement with the Zionist project, and continue to do so. Throughout Western Asia, the resistance against the multiple Zionist regimes in the region is prevailing.

Awaiting an end to mayhem in the name of religion

Washington is destroying the world

What is the Reality about Saudi Boots on the Ground in Syria? 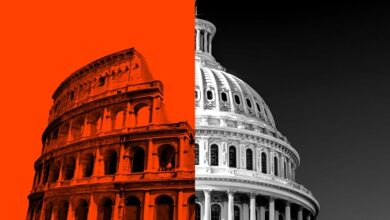 The American Empire has fallen, though Washington may not know it yet