‘The area is scattered with blood and flesh and it smells of burnt meat, people are screaming at each other… it is chaos.’

That is an eye-witness description of the aftermath of the latest attack on Shias in Pakistan.

Jundullah, the Takfiri terror group (which does not accept Shias as Muslim), which supports the ISIL, is associated with Tehrik-i-Taliban Pakistan (which itself, at the end of 2014, attacked a school in Peshawar, killing hundreds of children), and has carried out a number of terror attacks in Iran, claimed responsibility for the attack on a Shia mosque located in Shikarpur, Sindh.

In case there was any doubt as to the goal, Jundullah’s spokesman confirmed: “Our target was the Shia community… They are our enemies.”

People rushed to the scene to dig out the survivors trapped under the roof that collapsed in the blast. Footage showed chaotic rescue scenes as people piled the wounded onto cars, motorbikes and rickshaws to take them for treatment. A local resident “felt the earth move beneath my feet” as he prayed at another mosque around 1.5 kilometers away. A police official said the blast was probably caused by an explosive device and some were quoted as saying they saw a man wearing an explosive vest.

Opposition politician Imran Khan said the attack was an indication that the government’s campaign was not working. It had been “given full support to act against all terrorist groups but has failed.”

Prime Minister Nawaz Sharif condemned the bomb blast, and extended condolences to the bereaved families and asked the concerned authorities to provide the best medical treatment to the injured. A PM House statement said that the prime minister had sought a report into the incident.

The PM said that the government was committed to eradicating the menace of terrorism and extremism from Pakistan. He said that steps were being taken to improve the capacity of law enforcement agencies so that they could better cope with such challenges. The government has pledged to crack down on all militant groups, reintroduce the death penalty, set up military courts to speed convictions and widen its military campaign in the lawless tribal areas.

The genocide of Shias
This is the second attack on a Shia Muslim mosque in Pakistan this month. On January 10, many were killed and injured following a blast in a mosque in Chittian Hattian in Rawalpindi, in Punjab province (See here, and here.)

Attacks on Shia targets are common in Karachi but are fairly new in the interior of Sindh Province. The Friday incident is reportedly the fifth attack of a sectarian nature in the province’s interior since 2010.

Shias make up about a fifth of Pakistan’s population of around 180 million. More than 800 Shias have been killed in attacks since the beginning of 2012, according to Human Rights Watch, though that number is likely higher in reality.

Pakistan’s religious minorities say the government is doing little to alleviate their daily struggle against humiliation, discrimination and often violence.

The attack has proven the federal and provincial governments’ failure in dealing with the issue of terrorism. One may also ask the Pakistani army and its various agencies why terrorists are able to continue their massacre of Shias and other minorities under their watch.

Reactions on social media varied with some saying, ‘Governance is in the hand of most incompetent Political Elite that is more interested in safeguarding its Political Interest,’ and in the immediate aftermath, ‘Shikarpur bleeds as scores dead in [the Shia Islamic Centre] attack but media preoccupied by a farcical Altaf University inaugural. Shameful.’

The Pakistani government admits that Arab and Western governments are and have been funding seminaries throughout the country. The question of what innocent minds are being taught in these schools is a relevant and urgent one.

Persian Gulf Arab governments, especially those like Saudi Arabia and the UAE are known to suppress their own Shia citizens and expatriates, and are complicit, at the least, in the propagation of a Takfiri ideology, which sees anyone – even Muslims – who is of a different sect or opinion from them as infidels worthy of being murdered.

Yet, the Pakistani establishment would have us believe that this genocide is being perpetrated by Indian intelligence agencies, in order to sow the seeds of division within the country. Few in the media and in political power ask about the billion-dollar ‘gift’ from Saudi Arabia to Nawaz Sharif’s government, the money and arms that flow to extremists in the country, and for what purpose and why this is being allowed to happen.

This narrative absolves successive governments of their responsibility in ensuring that all Pakistanis are able to freely worship and live in safety, as desired by the founder, Muhammad Ali Jinnah, and the peoples of Pakistan.

Questions need to be asked about why for decades governments and the army have allowed seminaries to go unchecked. The Takfiri project that began in the time of late Zia-ul-Haq is now showing its true colors, with an overflow of brainwashed youths hungry to shed blood.

Many believe that when Shias speak of a calculated genocide being carried out against them in the country, they are exaggerating. They speak of Sunni-Shia brotherhood, and how these attacks are on humans, and that sect is unimportant.

It is important to say that these attacks are not an indication of Sunni-Shia strife, but of Takfiris versus everyone else. In fact, many of these attacks have gone to show Muslim unity, as reports have shown Sunnis helping defend, aid, and rescue Shia targets and victims.

It would, though, behoove Pakistanis and the world to not ignore the facts proving a targeted campaign against the Shia minority. The truth in this matter is simply inconvenient for a media and government controlled by those who do not have the country’s best interests at heart.

The blood of countless Shias, be they doctors, engineers, professors, religious scholars, laymen/women, children, the Hazaras, etc. does not lie. Put them all together and the picture is clarified. This was an organized campaign from the beginning to kill in small enough numbers that the population wouldn’t rise up, and in large enough numbers that the Shias would live in fear for their lives, daily.

What we need to see now is for the media to end the ignorance of the Pakistani peoples as to the facts on the ground and to come out and admit this targeted campaign of killing. The people in turn need to hold those most responsible for the continuing carnage, namely those in power, and those poisoning minds in madrassahs throughout the country.

The government, for its part, needs to stop playing politics with its citizens’ lives. The time to end the policy of turning a blind eye to the roots of extremism in the funds and arms flowing in must come to an end.

It is worth noting that despite the insecure atmosphere Shias live in across Pakistan, and though many have over the years left in pursuit of a safe and secure atmosphere for their families and future generations, many have defiantly stayed behind. They argue that Pakistan is just as much their country as others, regardless of what outsiders and the establishment may want.

That then is what we should take away from this. The Islamic Republic of Pakistan was founded for all, and the government, army, and media need to start acting like it. 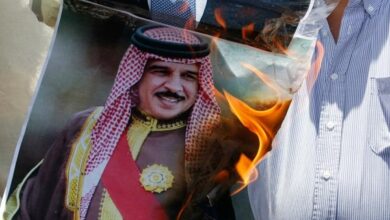