After 20 long years of costly and futile military adventurism, Americans are retreating from war-ravaged Afghanistan, the ‘graveyard of empires’, as the Taliban make rapid gains across the country.

Militaristic meddling in developing nations – or in other words ‘foreign military invasions’ – has been a defining feature of American foreign policy from the late 1940s.

As American author Noam Chomsky writes in ‘Western State Terrorism’, “The guiding principle, it appears, is that the US is a lawless terrorist state and this is right and just, whatever the world may think, whatever the international institutions may declare.”

That the US miserably lost the plot in Afghanistan is no secret, but to come back after 20 years of bloody mayhem and say there is no ‘military solution’ to the protracted crisis is an affront to humanity.

To understand reasons behind America’s crushing defeat in its longest war, it’s imperative to wind back to 2001, after the cataclysmic events of 9/11.

A few weeks after the attacks, George Bush administration launched the so-called ‘global war on terror’. Afghanistan, ruled then by the Taliban, was chosen as the first battleground.

On the afternoon of Oct. 7, 2001, as the US and its allies started the deadly bombing campaign in Afghanistan, then-US Defense Secretary Donald Rumsfeld said the objective was to decimate the Taliban and al-Qaeda hideouts in the country. Bush vowed to “crush” them.

Twenty years down the line, the US is beating the hasty retreat, having faced a disgraceful defeat, while the Taliban have overrun about one-third of the country, marching with force and ferocity.

After the 9/11 attacks, the Taliban had reportedly offered to hand over Osama bin Laden, the alleged mastermind of the devastating attacks, to a third country to be tried, dropping the demand for evidence of his guilt. But the US administration rejected the offer and launched deadly air raids.

It was the same Bin Laden, a Saudi-born former CIA ally used as a mercenary fighter against the Soviet forces in Afghanistan during the Cold War. And 9/11 hijackers were all Saudi citizens, a key US ally.

Anand Gopal, a long-time journalist and author of ‘No Good Men Among the Living: America, the Taliban, and the War through Afghan Eyes’, in a 2015 interview told me that the top Taliban leadership had indeed tried to surrender soon after the US invasion.

“The mood at the time was that, like Bush said, “You are either with us or against us.” America’s goal was to wage a war on terror, and the fact that its enemies were trying to switch sides was something that did not mesh easily with the ideology of counterterrorism,” he said.

Some reports from that time suggest that the Taliban had written to then Afghan President Hamid Karzai, offering to lay down arms and recognize his government. The move was blocked by Gul Agha Sherzai, an influential tribal leader from eastern Afghanistan and one of the blue-eyed boys of the US.

Sherzai got them imprisoned and tortured by the CIA-created Afghan spy agency in the months after the US invasion. Some of these jailed insurgents later ended up in the dreaded Guantanamo Bay prison.

The dogged insistence on carpet bombing the country was clearly evident as the hawks in Washington and their mercenaries in Afghanistan snubbed all calls to resolve the issues without fighting.

Airstrikes, in particular, have been a constant feature of the US industrial military complex’s engagement in Afghanistan, starting from Dec. 23, 2001, barely two months after the US forces invaded the country, when 65 tribal elders travelling to Kabul for Hamid Karzai’s inauguration as the president were mowed to death in an American airstrike.

US officials claimed that the victims were al-Qaeda members, but the evidence suggested otherwise. It was the first of many US-orchestrated massacres over the years, which were swiftly brushed under the carpet, both by the US officials and their Afghan partners, whose salaries came from US coffers.

In one of the devastating US airstrikes in August 2008, at least 90 Afghan civilians, mostly children, were killed in western Afghanistan. The destruction from aerial bombardment, the UN said at that time, was evident with some seven to eight houses having been totally destroyed. No heads rolled over it.

A few months later, in May 2009, at least 150 civilians were massacred, many of them children, in western Farah province. Some of them were blown into “unrecognizable pieces.” In its report on the incident, the New York Times wrote that “it is bombings like this one that have turned many Afghans against the American-backed government and the foreign military presence.” No heads rolled.

In September 2015, a US gunship attacked a hospital in northern Kunduz province run by Doctors Without Borders, leaving at least 42 doctors, patients and other medical staff dead. No heads rolled.

During Donald Trump’s presidential tenure, civilian casualties in US airstrikes in the war-torn country touched a new high as the occupation forces went berserk. Trump administration removed directives prohibiting strikes on residential buildings, which virtually gave US troops a license to kill.

According to conservative estimates, between 2016 and 2020, 40 percent of all civilian casualties from US airstrikes in Afghanistan – almost 1,600 – were children, even surpassing those resulting from attacks by the Taliban and Daesh. That is how American ‘war on terror’ has looked like in Afghanistan.

Naturally, the justice was never done. The move by the International Criminal Court (ICC) seeking a probe into US war crimes in Afghanistan was blocked by the US. No one objected.

The US also enabled some of the most horrendous crimes in Afghanistan through its local allies – notorious warlords, strongmen, and militia commanders.

The ruthless human rights abuses by US-backed warlords only created more insecurity and undermined efforts of the government to promote good governance. Worse, it helped the Taliban recruit more insurgents and make greater gains in its war against the foreign occupation.

Some of these allies included Gul Agha Sherzai, the powerful tribal leader from eastern Nangarhar province; Abdul Rashid Dostum, the Uzbek warlord and former vice president; Asadullah Khalid, a hugely influential CIA contractor; and Abdul Raziq, the notorious former police chief from southern Kandahar province, who was killed by the Taliban in 2018.

Last week, US President Joe Biden declared that the US military mission in Afghanistan will come to an end on Aug. 31, ahead of his previous deadline of Sept. 11. “Speed is safety,” he remarked.

“We did not go to Afghanistan to nation-build,” Biden said, adding, “Afghan leaders have to come together and drive toward a future.”

The talk of military withdrawal from Afghanistan began during the Trump administration. The former US President even sidestepped the democratically-elected Afghan government and signed a secret deal with the Taliban on February 29, 2020.

It was a deal to allow US safe passage out of the war and eliminated all prospects of result-oriented negotiations between the Afghan government and the militant group. The US actions essentially weakened the position of state actors and strengthened that of non-state actors.

The withdrawal is now more than 90 percent complete. The US troops also vacated the Bagram Air Base last week, its largest military base in the country that once hosted around 100,000 US and NATO troops.

Strangely, it took 20 years, trillions of dollars and tens of thousands of civilian and military lives for Washington to understand that its longest war in history will not end on the battlefield.

As Noam Chomsky told me in an interview in 2014, America owes huge reparations to Afghans for the damage it has caused to their country without achieving anything. They cannot get away with it.

Asking Afghans to put their house in order is refusing to clean the mess it created in the first place. It is the Americans that created insecurity and chaos in the country. They invaded the country, occupied it for two decades, destroyed it, and are now abandoning it without any accountability.

The future looks bleak for the war-weary people in Afghanistan. Taliban now hold twice as much of the country as they did two months ago, including in northern provinces, which once represented the bastion of resistance against the group.

On the other hand, the US-backed government in Kabul is losing the grip, abandoned by its international allies and challenged by the militant group.

As former Afghan president Karzai said recently, US’ legacy in Afghanistan is a “war-ravaged nation in total disgrace and disaster.” That is what it will be remembered for, long after the empire is gone. 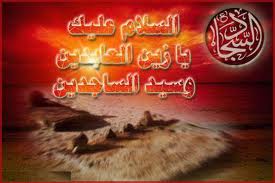 Down With Western ‘Democracy’!