Dark and narrow alleys, children running around shouting and playing, youngsters loitering on street corners and the elderly sitting on their house steps, old wooden balconies and beautifully built pre-partion houses; this is Chittian Hattian: an area best known for its abandoned temples, traditional food shops, Muharram processions and Rabiul Awal celebrations. At least that’s what it was known for, until Friday night’s bombing turned life upside down.

Chittian Hattian and its adjoining areas, which include the bustling Bhabhra Bazaar, Landa Bazaar, Latu Mohallah, Mohallah Qutubuddin and College Road, are part of the old city of Rawalpindi. Before partition, these areas were among the city’s posh localities. Following independence, when most of the Hindus and Sikhs migrated to India, the abandoned houses provided shelter to Muslim migrants who streamed into the city from across the border.

Chittian Hattian is connected with its surrounding areas through a network of narrow, labyrinthine streets. Indeed, strangers walking around on their own could easily get lost here.

The Abu Rizvia Imambargah, located in a typically narrow street, was also a fine example of pre-partition architecture. One of the other historic imambargahs in the area, Colonel Maqbool Hussain, is where the main Muharram procession originates from.

“This area is known more for its architectural beauty and traditional food and is visited by many local and foreign tourists” says 62-year-old Mian Manzoor, a shopkeeper in the Chittian Hattian area.

“Sectarianism was never an issue here, all of us would celebrate together and mourn together,” he said, adding, “We have a tradition of sending sweets and special dishes to our neighbours on nearly all special occasions. That’s how we were brought up here.”

What was once a bustling and closely knit pre-partition neighbourhood is now ruled by fear and gloom
Walking down these streets, one sees a real contrast between houses that were built pre-partition and those who have been newly-constructed. It is a surreal experience, walking down these alleys that are still decked out to mark the birth anniversary of the Holy Prophet (peace be upon him). But the colourful decorations belie the fear and anxiety that sends shivers down the spines of most locals in the aftermath of Friday’s deadly bombing. The apprehension is palpable in the eyes of locals and the suspicious stares of passers-by.

“We grew up playing in these streets and we haven’t seen such bad days here, ever,” 66-year-old Mohammad Anwar Khan told Dawn. His family migrated from Patiala to Pakistan at the time of partition. “A lot of our families moved here at the same time, and we’ve been living in this neighbourhood ever since, like an extended family,” he said.

“But now, everything has changed. We have no idea what may happen next,” he says, voicing the feelings of many who live in this area.

“Our family came here from Ambala in 1947. Since then, we know everyone who lives here, no one is a stranger to us,” said Nasim Qureshi, another resident of the area.

On Sunday, people came in droves to pay their respects at what remains of the Imambargah Abu Rizvia. Many are in shock, and there are whispers about what may happen in the aftermath of the attack, but most people are there in solidarity with the families of the victims.

“We could not even have imagined that something like this would happen at our doorsteps. We’ve spent our childhood in these streets, and but in the aftermath of this terrorist attack, my brain cannot comprehend what my eyes are seeing,” says Hussain Haider Kazmi, brother of Muhammad Haider Kazmi, one of the young men who lost their lives in the heinous attack.

“If a stranger passes through these streets twice, the people of the area will inquire about him; this is the level of communal awareness here,” he said, adding, “It was locals who came forward to help and rescue the injured after the blast.”.

Some blamed social media for spreading the sectarian hatred that had led to schisms within society. “People often fall for sectarian propaganda that is routinely circulated through social media and on SMS. They don’t verify the news and keep sharing it, which only deepens sectarian rifts,” said Saqib Malik, a resident of College Road.

“The Ashura riots in Raja Bazaar had a deep impact on the old residents of the city as well. Just a few years ago, we wouldn’t be bothered that the mosque we went to for our prayers belonged to another sect. Now, all of that has changed,” Saqib said.

Those who have businesses in the area also complain that the insecurity is taking away their bread and butter.

“We have been doing business here for the last fifty years and we’ve never experienced such a situation before. Whatever has happened over the past few years has affected our business as well,” says Sajid Ata, a goldsmith from the nearby Bhabhra Bazaar. “Until a few years ago, the markets would remain opened during Chehlum and other religious festivals. There was no fear then, but now customers are so scared that they will try and confirm how things are before even thinking of coming here,” he said.

A few lanes down from the site of the bombing, a food vendor lays out a Sunday morning feast for his customers. Halwa puri, nihari and channay are the order of the day here. “Whatever happened was very tragic, but life goes on,” says the restaurant owner as he fishes out a fresh batch of puris from his frying vat.

An Airbridge for “Mujahedin” from Jordan to Turkey: Report 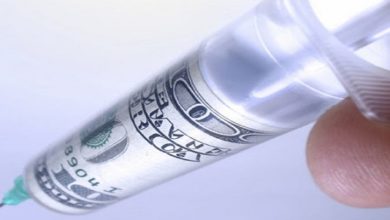 COVID-19 – The Fight for a Cure: One Gigantic Western Pharma Rip-Off 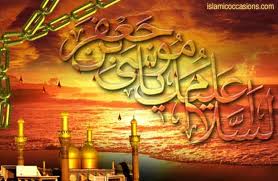