The more mankind proceeds in time and gains technological progress, the more it feels the need for a survivor as its inability against the unknowns increases.

The man that thought it had the phenomenal power of reaching the moon and was pioneering in every field of science is now feeling incapable against a virus, especially a man defined by the Western thoughts; where there is no place for boosting spirituality and there is a trap in materiality. This cannot lead him to perfection.

Hence, he is always looking for a savior, and this need for a savior has been raised in all religions in different ways.

This is while the crises that happened during the past years have strangely doubled the sense of the need for a savior.

Today, the man who, under the management of Western liberalism and the Zionist investment companies, has turned into just a tool, more than ever consider themselves in need of the return of a savior.

Mahdi’s return has been promised and this is what the world needs today more than ever.

And this is different from Western thought which does not give any spiritual perfection to man, because he must become a means of material consumption.

One of the most important religious occasions among Shia Muslims is the 15th of Sixth Islamic Month of Sha’ban, which is the birthday of Twelfth Imam of Shia Muslims, Imam Mahdi (MGHHR).

Mid-Sha’ban has special significance for Muslims throughout the world and is marked by devotion and celebration among Muslims, especially the Shia, as they join celebrations every year to mark the birth anniversary of Imam Mahdi (MGHHR).

To mark the auspicious occasion, Iranians bedeck the streets, hang lights around villages, towns, and cities, attend festive events and ceremonies at mosques and religious centers, and distribute votive refreshments.

The occasion is one of the most important ones among Shiite Muslims, who have a strong devotion to Imam Mahdi (MGHHR).

Imam Mahdi is known as the Savior among Shias, who believe he will reappear on earth as per divine decree, establishing peace and ridding the world of injustice, discrimination, and other instances of evil.

Thus, Shias await the Imam’s reemergence, who is expected to transpire on a Friday, with enthusiasm.

Imam Mahdi’s Birthday is a national holiday in Iran on Mid-Sha’ban, the fifteenth day of the eighth month of the Islamic lunar calendar.

Imam Mahdi (MGHHR) was born on the 15th day of the month of Sha’ban on the lunar calendar around 1,200 years ago.

He is known as the Savior among Shiites, who believe he will reappear on earth as per divine decree, establishing peace and ridding the world of injustice, discrimination, and other instances of evil.

Imam Mahdi’s father, Imam Hassan al-Askari (PBUH), had to keep his birth and identity from the tyrants of the time, who had learned about the divine prophesy concerning Imam Mahdi (MGHHR). Their efforts and ill intention, however, failed to either come in the way of the Imam’s birth or harm him afterwards.

Because of the ruling of Abbasid Caliph’s crackdown to avoid the birth of the 12th Imam, Imam Hassan al-Asgari kept his child birth secret and informed only close companions of the existence of his successor.

Aged five, Muhammad al-Mahdi, disappeared on the same day that his father died.

In Shia eschatology (theology of the destiny of man), Imam Mahdi is the Savior or Messiah, the prophesied redeemer, who will revive peace, administer justice and rid the world of evil. It is said that Imam Mahdi will reappear alongside Jesus to be saviors of the planet and will appear and rule for five, seven, nine, or nineteen years before the Day of Judgment and rid the world of evil.

In some other Islamic countries, Mid-Sha’ban is observed as Shab-e-Barat, a night when Muslims believe the fortunes of men are decided for the year ahead and when Allah descends to earth and offers mercy and forgiveness to sinners.

When Imam Hassan al-Askari (PBUH) was martyred, the office of divine leadership (Imamate) was transferred to the last luminous pearl of the household of the Holy Prophet Imam al-Mahdi (MGHHR). Although His Eminence did not appear amongst the people, some persons whom he had trust were allowed to visit him and present him the problems and questions of the Shiites. And in due time they conveyed the guidance of his eminence to the people.

Among the companions of Imam Mahdi (MGHHR), four became his most famous and confidential deputies who acted as mediators between the Imam and the people, and they are known as the as-Nawab-e-Arba’a (the four deputies) as follows,

This honorable figure was the last special deputy (Naibol-Khass) of the holy Imam-e-Zaman (MGHHR). Imam announced the death of Ali bin Muhammad and the end of the deputation.

In the name of Allah, the beneficent, the merciful.

You are going to die in six days, may Allah grant patience to your brother’s in faith on your departure. So, be prepared, but appoint no one in your place, because from the day of your death the period of my major occultation will begin. Hence forth, no one will see me, unless and until Allah makes me appear.

My reappearance will take place after a very long time when people will have grown tired of waiting and those who are weak in their faith will say: What! Is he still alive?

When will men become cruel and inconsiderate, and the world will be full of injustice and violence. Very soon some men will claim to have seen me. Beware! Anyone who makes such a claim before the coming out of Sufyani and the sound from heaven announcing my reappearance is a liar and impostor. There is no might or strength except in Allah.

As can be seen from this, it is the last order, in which the door of special deputation is closed by the death of Ali bin Muhammad; Hence, anyone who claim to be a mediator, or claims that the Imam can be seen, is a lair.

Yes, the four deputies who were at the highest level of faith and confidence for many years were the blessed mediators between the Imam and the people till in the year 329 A.H. when the deputation was closed, and on the basis of the Divine Will the major occultation of Imam-e-Zaman, commenced. This was the very occultation, which was prophesied a long time previously by holy prophet and the Shiites Imam and Muslims keep patient in this period of test, till by the order of Almighty Allah, the awaited Imam will appear, and the Divine Aim will reach its fulfillment.

In the holy Imam traditions, the purpose of the Imam’s going into occultation is compared to the sun being behind the clouds yet being a source of vitality and life for living creatures, likewise; while the Imam is behind the curtain of occultation he is still a source of the existence and remaining of the world.

When asked from Imam Jafar al-Sadiq (PBUH) on how will people benefit from the hidden proof in the occultation? He replied that they will derive benefit when the sun is behind clouds.

In the Islamic tradition when the subject of occultation of the Twelfth Imam is discussed, reference is made to the complex nature of the Divine test, in this Divine test the faithful Shiites are distinguished from the others” and become as pure as a pure gold.

Therefore, blessed are those who have passed this Divine test; we hope to be among their rank. 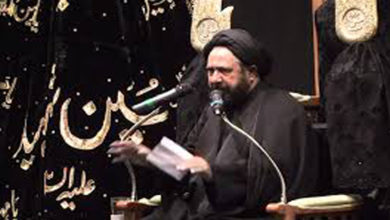 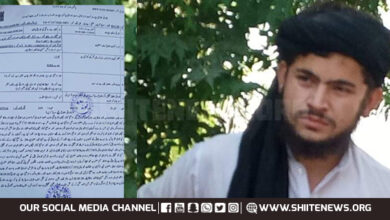