Bahraini regime this year too has exploited the Arbaeen ceremony as an excuse to put a new wave of pressures and harassment on the Shiites of the country.

Al Khalifa regime published a statement under the pretext of the coronavirus fears, warning that anybody marking Arabaeen, the fortieth day of martyrdom of the grandson of Prophet Mohammad, Imam Hussein, at home collectively should expect criminal punishment. Also, the Awqaf (endowment) Directorate has banned any ceremonies marking the anniversary in the religious sites, mosques, and Husseinyahs.

Additionally, the ministry of interior in a provocative statement apparently threatening the Shiite majority unveiled a string of legal actions against participants in the ceremony.

The ministry said that according to Jaffaria Waqf’s statement and request for a ban on any assembly in Arbaeen, it is committed to taking preventive measures during the commemoration using live broadcast via social media to prevent any gatherings at homes. The statement talked about the commitments promised by the managers of the ceremonies to the preventive measures and broadcasting the commemoration live, threatening that anybody doing otherwise will have to expect legal consequences.

Such a threatening tone by the interior ministry is never new to the Shiites of the Persian Gulf tiny island as the ruling sunny Al Khalifa regularly threatens the majority sect in the country with punishment for their holding religious and political events.

Travel to Iran and Iraq banned in Bahrain

The government announced that travel to Iraq, where rests the holy shrine of Imam Hussein, is illegal, as so is to Iran, the second country with a Shiite majority and hosting holy sites.

Manama has banned the travel to the two predominantly Shiite countries while travel to other countries with even similar or even worse health conditions due to the coronavirus pandemic is allowed.

The Jaffaria Waqf, a state organization with members appointed by the ruler to address the Shiite affairs, in a statement had outlawed any Arabaeen ceremony except for those broadcast live on the social platform without large gatherings. The organization stipulated that the ceremony for live broadcast should not have more than 10 people and should not include elders, adding that any distribution of nadhr (donated food) in any way is not permitted under the state-declared protocols.

Crackdown on Shiite preachers and panegyrists

Moreover, a couple of days before the Arabaeen, Bahraini forces detained two panegyrists, Ahmad al-Majed and Habib al-Mahdi, after they marked the martyrdom of Imam Reza, another grandson for Prophet Mohammad, delivering them to the prosecutor general. Another two, Mahdi Sahwan and Amir al-Baladi, were also summoned by police the day of Arabaeen.

Sheikh Hassan al-Deyhi, the deputy head of Al-Wefaq National Islamic Society, asserted that the government’s targeting of the clergy and panegyrists and also sacrilege to the Ashura icons and symbols was a “heinous crime” and “not less than the crime committed by Saddam,” referring to the fallen Iraqi dictator.

“If the Bahraini regime imagines that with these horrific attacks on the Ashura ceremonies and Islamic rituals it can annihilate Imam Hussein uprising’s values, it is living in illusion,” he was cited as saying.

Al-Deyhi addressed what he called “those who live in illusion”, telling them that they cannot battle the prising of Imam Hussein, who is in the Muslim world a symbol of the fight for freedom and resistance to oppression. “Anybody stood in the face of [Imam] Hussein is now in the ash heap of history, and you are no exception,” he warned the Al Khalifa rulers and crackdown czars.

Since the start of the Ashura in mid-August, the Bahraini security forces arrested about 10 of the preachers and reciters under the ruse of reciting Ziyarat Ashura book publically and preaching offense against the Umayyad dynasty, which fought a war with an army of thousands on October 10, 680, martyring Imam Hussein and his 72 loyalist fighters who revolted against tyranny and oppression of Umayyad caliph Yazid I. The forces also arrested some Shiite citizens for flying flags carrying the name of Imam Hussein on the rooftops.

Marking Ashura and Arabaeen in Bahrain is every year subjected to pressures, limitations, and provocative actions of the Al Khalifa regime, though a majority of the population in the small Persian Gulf Arab kingdom is Shiite.

A Bahraini author, who stayed anonymous, in an article published by Al Akhbar newspaper of Lebanon addressed the crackdown, saying that the government has taken a pretext from the coronavirus outbreak this year. The clampdown on this year’s Ashura commemoration and the mourning ceremonies is largely politically-motivated, he assured.

He said: “Regardless of seeking answers to question about who Yazid and Imam Hussein were and what was their approaches and paths, we should ask should not be a basic right for arrangement of religious events in a country where the majority are Shiites? Is it believable that in a country with Islamic and Shiite identity the mosques, Husseinyahs, and mawkebs (makeshift hosting and mourning sites) are exposed to sacrilege, while in some other Persian Gulf states, the Husseinyahs are open and serving the mourners with a commitment to health protocols?”

He, answering his question, said that the limitations for the mourning in the Husseinyahs is an old policy and “have nothing to do with Covid-19 pandemic, as the government claims. Bahrain’s television every year boycotts the largest religious ceremony held in the country. Is this because of coronavirus? It instead broadcasts hate content against the Shiites, their beliefs, and their history.”

He also brought under focus the status of the country’s newspapers and magazines, asking if the coronavirus prevents them from shedding light on Imam Hussein and the rituals of the Ahl al-Bayt (The People of the House), referring to Prophet Mohammad’s family.

He continued that nobody believes that there is a government in the world that bans rituals of a religion where the majority of the population have faith in that religion. “This is against the Bahraini constitution,” he argued, adding: “According to article 22 of the national constitution, the government should recognize the right of arranging religious ceremonies for the Bahraini citizens. Even more, it should provide them with financial support, media coverage, and wares facilitating the ceremonies in the Husseinyahs. But not only this does not happen but also the government and security apparatus do as much as they can to prevent religious events.”

The author furthermore complained that the view the government has on the Ashura and Husseinyahs is fully biased and narrow-minded. “It tries to narrate Bahrain’s history and culture in line with its own mindset,” he noted.

In past years, the government dissolved Shiite institutions, including Islamic Scholars Council and Islamic Enlightenment Society, as it simultaneously stepped up pressures on Jaffari Waqf. Over the past years, law enforcement brought down Husseinyahs’ signs and detained preachers, according to the anonymous author. He finally advised that the Bahraini rulers cannot make progress and growth through banning Shiite religious ceremonies and rituals.

“Such policies bring nothing but bipolarization and deepening of the crises and differences among the citizens,” he warned. 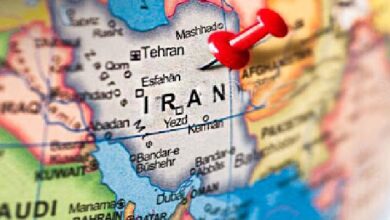