The new round of clashes between Azerbaijan and Armenia has given rise to a new level of polarization among the regional and international powers. Countries like Russia and India have been overt in their support to Armenia while on the opposite side Turkey and Pakistan have voiced support to Azerbaijan. Meanwhile, important is the game of countries that in their official position are either neutral or undecided.

The US, the European Union, and Arab countries have so far declined to publicize their stances on the ongoing conflict. However, the reality demonstrates that in the Saudi-led Arab camp there is a big pole emerging in support of Armenia in the Karabakh crisis. The impressive point is that along the Arab governments’ antipathy to Azerbaijan, President Armen Sarkissian of Armenia on September 28 asked the Arab countries to step in the crisis and use their international influence to settle the dispute. Responding to the call, Saudi Arabia has seriously entered the scene and is seeking to paint the Turkish deployment of Syrian militias to Karabakh as a terrorist arrangement.

Now the highlighted point is the objection of the Arab countries to the Turkish involvement as an “interventionist” force in the Karabakh crisis. Meanwhile, the center of focus of the Saudi side is the proxy militant forces Turkey has sent to help the Azerbaijani forces.

The basis of the story is that Armenia has claimed that around 4,000 Syrian militia fighters are fighting alongside the Azerbaijani army. Also, there have been allegations by some sources in the Turkish-controlled Syrian city of Afrin that suggest mercenaries are registering there for dispatch to battle against Armenia.

Following these reports, Western media have arranged a huge media wave against Turkish-dominated Syrian militants fighting the Karabakh war. Citing two sources, Reuters led the hit with reports that Syrian proxy fighters have been sent to Azerbaijan by Turkey. The most important report was broadcast by BBC Arabic service quoting an unknown man with his alias being “Abdullah.” Abdullah told the British broadcaster that they have been transferred from Syria to Azerbaijan prior to the war and were paid $2000 without any military training. When the war began, they were deployed to the frontlines, without even knowing where the enemy was positioned. He claimed that around 70 Syrian fighters were killed and injured in the clashes and they are banned from returning home.

Then came the role of the Saudi media that shed light on the Syrian terrorist militants that are recruited by Ankara to support the Azerbaijani government. The three Arab countries of Saudi Arabia, Egypt, and the UAE in the past few years have spared no efforts to put pressure on Turkey and blacken its image on media. Their media campaigns and pressures amount to a Cold War against the Muslim Brotherhood-minded government of President Recep Tayyip Erdogan. To get the exact reason behind this Arab arrangement against Turkey, we should consider the causes of the crisis between them.

From the 2011 Arab uprisings to entry to the Karabakh case

In addressing the grounds of the Saudi-led countries and Turkey differences we should track the cause in the West Asia developments that followed the 2011 popular uprisings that brought down a number of dictators. Even after the revolution that toppled Hosni Mubarak in Egypt, there was a belief that the UAE and Saudi Arabia can be good political and economic partners for Turkey but El-Sisi’s army coup against the Muslim Brotherhood-presented President Mohamad Morsi in 2013 ushered in a wide page of tensions between Ankara and Abu Dhabi that remains unfolding after seven years.

Following the coup, on the one side Qatar and Turkey backed the ousted Muslim Brotherhood government and called the coup a “crime against democracy.” On the opposite side stood the UAE, Saudi Arabia, and the coup leader Abdel Fattah el-Sisi who due to ideological differences with the Muslim Brotherhood took stances opposite to Turkey’s. A period of rivalry has since started between the two camps that even deepened when the UAE participated in an attempted coup against Erdogan on July 15, 2016.

Upon the coup failure, Turkish Foreign Minister Mevlut Cavusoglu, referring to the role played by some Arab countries in the power grab attempt, said that “we know that an Arab country has spent $3 billion to help arrange the coup in Turkey.” The differences between the two countries even worsened in past two years. Particularly after the Turkish national currency lira value crash in 2018, there appeared pieces of evidence of Saudi and Emirati plot, rendering Erdogan furious.

Meanwhile, the more serious crisis between Turkey and the Saudi-led circle revolves around Ankara’s backing to Doha. Soon after Saudi Arabia, the UAE, Egypt, and Bahrain severed diplomatic and economic ties with Qatar on June 5, 2017, Turkey troops to a military base near the capital Doha in reaction to threats of Arab military action against Qatar.

Another area of Turkish-Arab tensions is the stances taken by the Arab leaders in the face of those taken by Erdogan. Since the beginning of the Syrian crisis, Erdogan undertook a strategy of backing the Syrian Muslim Brotherhood and opposition to the legitimate government of President Bashar al-Assad. Abu Dhabi relatively walked the same way initially but in recent years changed its position towards Damascus, taking a path in stark contrast to Ankara’s. Reviewed stances made Arab countries, among them Saudi Arabia, label the Turkish-sponsored Syrian militias as “terrorists” and backed legal government in Damascus.

Another point of contrast between Turkey and the Arab states is the heinous assassination of the Saudi journalist Jamal Khashoggi at the Saudi consulate in Istanbul. The Turkish government ran a massive media campaign, bringing the Saudi Crown Prince Mohammed bin Salman in the center of its attacks. It accused him of sending a hit squad to murder his outspoken critic. Ankara also launched a huge lobbying campaign internationally against bin Salman, giving rise to higher levels of tensions.

The recent tension-making issue between the two sides is the Libyan conflict and the positions adopted by supporters of the warring sides. Libya is now divided into east and west. The western part, in the center of which lies the capital Tripoli, is the home of the Turkish-backed, UN-recognized Government of National Accord (GNA). The east is home to the rebellious parliament and Libyan National Army (LNA) led by the renegade General Khalifa Haftar. The center of the east is Benghazi whose forces aspire to seize the capital from the GNA forces and dominate the whole country.

The division of Libya between the two powers polarized the international actors playing a role in Libya. Accordingly, the conservative Arab states like Saudi Arabia and the UAE strongly backed Haftar as part of their ideological clash with the Muslim Brotherhood with which GNA is affiliated. On the opposite side Turkey along with Qatar is ready to present any support to save the Tripoli administration. One apparent support was the deployment of Syrian militia fighters to fight alongside GNA-loyalist forces.

Saudi media against Turkey and with Armenia

Definitely, the fresh Arab-Turkish crisis stems from their differences regarding the Karabakh crisis. Despite being a Muslim country, Azerbaijan is automatically a target to the Saudi media campaign aimed at Turkey. Saudi media accuse Turkey of sending “terrorist fighters” to the battle against Armenia. The Saudi media are mobilizing their resources to paint Erdogan as the instigator of the crisis. Okaz newspaper of Saudi Arabia, which is close to the ruling family, on September 29 in an article titled “Search for Erdogan’s Seditions” outlined what it called the “destructive role” played by Turkey from Libya’s Sirte to Karabakh contested region.

Furthermore, the Al Arabiya news network of Saudi Arabia in an article compiled from other Arab media called Erdogan the “new sultan” and warned about the consequences of the Turkish entry to the Caucasus crisis. The Saudi broadcaster talked about Erdogan’s defeat in the regional cases and asked why Turkey is seeking to move militarily into a new “swamp.” The Saudi media on their coverage of the Karabakh crisis coordinatedly and in similar headlines highlighted the Turkish dispatch of Syrian fighters to Karabakh and their increasing casualties and warned of Turkish ignition of another conflict this time in the Caucasus. 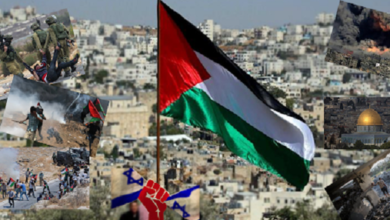 Balfour To Normalization: Palestinian History Of Plight Caused By Treason 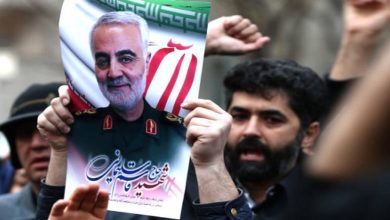 Why US assassinated General Qassem Soleimani