Various analyzes were presented on the process of formalizing the normalization of ties between UAE and the Zionist regime but the question that has occupied minds of analysts and observers is this ‘why UAE was chosen’?

As mentioned above, various analyzes were presented on the process of formalizing the normalization of ties between the United Arab Emirates and the Zionist regime. The reason of this irrational political approach, its negative consequences in the geography of Palestine and the Axis of Resistance and focus on the reaction of public opinion to it were put at the focal attention of regional and Arab media; but the important question that received less attention is why the UAE was chosen as the first destination for the normalization of ties with the Zionist regime?

Has this choice been taken due to influence or economic power? or were the characteristics of this Arab country considered as the main reason for this choice? Is the UAE basically capable of changing the rules of the game in the region and imposing a new equation on Palestine and Resistance Front? UAE has normalized its ties with Israel at the condition that Resistance and Palestinian groups have imposed new equations on Israel at the political, field, and media levels.

Obviously, none of these cases, as mentioned above, has played a role in choosing the UAE as a formalization option for normalizing ties with Israel. The UAE has neither enjoyed the economic power of the past nor the components of the national authority.

In terms of political approach, it (UAE) has played no role in the Palestinian cause. Therefore, the influence and role of this country i.e. United Arab Emirates are not as great as that of Saudi Arabia, Egypt, and even Bahrain. Choosing UAE will be less expensive for the United States and Saudi Arabia and Israelis can conduct their laboratory experiments in this country.

This country has been the same in the past historical period. What the UAE has done and is doing today and in the past is based on the division of role and the mission which has been defined for it in line with the westernization scenario. Countries like the UAE were not formed on the basis of components of national authority, popular support, common history, and deep culture, but has been formed on the basis of the oil-for-security agreement (Of course, the security of the political structure and rulers, not the people).

The philosophy of the existence of these countries is to undertake supportive roles from Israel and maintaining its interests.

But why was UAE chosen as the first destination for normalization of ties with Israel? / What is the Broken Window Theory?

In general, it can be said that UAE is a “broken window” in the formal structure rather than a popular structure for advancing and realizing Israel’s plans in the region. Undoubtedly, the Broken Window Theory applies to the political behavior of Westerners towards the Emirati people. This theory states that if there is a broken window in a building, then it can be easily penetrated everywhere.

Imagine the UAE as a building that, although it has a small amount of capability and influence in the course of developments of the Islamic world due to historical, cultural and national conditions, it can be considered as a broken window. By choosing the UAE, the West and Israel seek to create an opening for entry into the Arab and Islamic world and formalize the normalization of ties as well as the destruction of all national and Islamic priorities of the nation.

Normalization and detection stage / from security relationships to sports competitions

Another important issue is that the normalization of relations between UAE and some other countries has basically existed at the security level for many years. But last year, a new stage began with the disclosure of these relations and their formalization. Sports competitions as well as literary awards were a good excuse to enter the normalization stage and make it public. So that the Zionist regime’s judo team participated in the competitions that were held in the UAE, and more interestingly, the Israel’s Minister of Sports was also present and national anthem of this regime was echoed in the competition hall!!No one considers UAE as a threat / No serious protest will take place.

The UAE is prone to advance and realize Israeli plan due to its special and demographic characteristics as well as its identity formation. The population of this country until 2018 was about 9.6 million people, most of whom are immigrants and a relatively small number of citizens of this country. Of course, it is said that some regions and major citizens of the UAE are opposed to this normalization process. However, there is no concern about the reactions and protests in this Persian Gulf country due to the combination of the population that is mostly immigrant and dispersion of the main population in areas other than Dubai.

Therefore, the selection of this country to formalize the normalization of ties was a good benchmark for the Israelis to go through it without any cost or slight protest.

UAE, Center for Cultural and Literary Awards and Festivals

The important point that should be taken into consideration is this that UAE has tried over the past years to be a center for awarding literary, cultural and literary prizes and a gathering place for the cultural, artistic and literary elites of the Arab and non-Arab world, so that they can be used politically in different situations. The multimillion-dollar and thrilling prizes made this Arab country the focus of all Arab elites.

However, after this initiative, some Arab elites withdrew from participating in festivals in the United Arab Emirates (UAE). For example, the famous Lebanese poet withdrew from receiving the “Sheikh Zayed Book Award”. Algerian poet and critic “Bashir Zaifullah” also withdrew from the “Sheikh Zayed Book Award” in solidarity with the Palestinian people against the normalization of ties with the Zionist regime. Amani bin Ali, a 19-year-old Tunisian novelist, also refused to participate in the “Arabic Reading Challenge” competition.

Playing Role as a tool to pave the way for Saudi Arabia?

In the process of normalization, the UAE is essentially paving the way for the Saudis. Of course, Bahrain and some countries, with the characteristics of the UAE, are also in the line of normalization. Saudi Arabia seeks to assess domestic reactions to the UAE issue in order to pave the way for normalization of its ties with Israel through internal and external assessments and reactions in the Islamic world.

It can be said that since Trump came to power as US President, all his political behavior has focused on the issue of Palestine and the Arab cases in order to gain the support of the Zionist regime and its powerful lobbies in the United States. Especially today, Trump has distanced himself from his political rivals in the domestic arena in the face of dealing with the coronavirus, COVID-19 as well as internal protests of this country and is seeking to strengthen his voting portfolio at any cost. 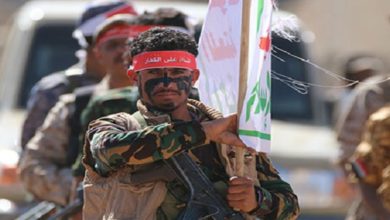