As the UN Security Council is set to extend the mission of the United Nations Interim Force in Lebanon (UNIFIL), the Lebanese Al-Akhbar newspaper on Friday reported that the US is making moves to introduce changes to the mission of the peacekeeping forces in southern Lebanon to suit it for anti-Hezbollah objectives.

Lebanon’s envoy to the UN has joined the US efforts, the paper reported, adding that Washington and Tel Aviv’s coordinated plans try to realize the Israeli regime’s geopolitical goals in Lebanon.

UNIFIL is a group of troops from about 40 countries that since 1987 was deployed to southern Lebanon by the UNSC to maintain peace in the areas that were the scenes to the Israeli-Lebanese tensions. The UNIFIL was sent to Lebanon according to the UNSC 425 and 426 resolutions. Alterations were introduced to its mission when the Israeli regime waged a war on Lebanon in 2006.

Three main duties of the UNIFIL included watching the Israeli retreat from southern Lebanon, restoring peace and security to the region, and helping the Lebanese government take under its control all parts of the country.

After the Israeli war on southern Lebanon, UN resolution increased the UNIFIL forces to 15,000 from 2,000. They were then deployed to the Blue Line on a 79-kilometer-long borderline. They also were told to make sure that on the southern bank of the Litani River there should be no arms but those in the hands of the Lebanese army.

The changes the US seeks

The UNIFIL mission has so far changed several times. In 2016, the naval patrols of the mission were scaled down as the European countries grew concerned about the US budget cut. A frigate at the time was dropped out of the mission. The US then pressed to add an “inspection” mission.

Kelly Craft, the US envoy to the UN earlier this week posted a demand with the UNSC calling for changes to the peacekeeping mission. She accused Hezbollah of violating the 1701 resolution and dictating its orders to the UNIFIL. She also accused the Lebanese government of disregarding the force’s demands for access to Hezbollah’s underground sites.

She stated that Hezbollah stores ammunition, digs tunnels, builds factories to improve its missiles, and uses the women and children as a human shield and thus endangers the lives of the people of Lebanon.

What the new wave of US pressures seeks is the inspection of some specific sites by the UNIFIL that are owned by Hezbollah as “individual properties.”

Earlier, media said that Washington seeks to cut the UNIFIL forces to 9,000 but intensify the inspection in southern Lebanon. The American envoy claimed that the powerful movement had dug tunnels in these private properties.

In an effort to abuse the crisis, Craft in the opening of her statement very astutely refers to Lebanon’s economic crisis. She claimed that the Trump administration was committed to supporting Lebanon. But the tone of the statement showed that she tied the aids to Beirut to the success of the American push to alter the UN mission.

US push to change the UNIFIL mission was started in March, causing a disagreement between Washington and Paris. France rejects the accusations of incompetence directed against the peacekeeping force by the Americans.

In early March, the UN Assistant Secretary-General for the Middle East, Asia, and the Pacific Mohammad Khiari traveled to Lebanon to meet the Lebanese leaders and present a report on the UNIFIL status and if the force’s mission needed alteration. After the meeting, the Lebanese officials expressed their optimism about the mission continuing unchanged. Since then, the American-Israeli pressures began.

The official talks between Beirut and Tel Aviv on the demarcation of the maritime border which had started shortly before Khiari’s visit to Beirut were halted without a date announced for their restart. At the time, the Israeli fighter jets violated the Lebanese airspace several times. Earlier last month, they flew over Al-Matan, Kasrawan, Middle Beqqa, Western Beqqa, Rashia, the south, and also Al-Zahrani regions. Two weeks later, Israeli military boats violated the Lebanese waters near the Ras Naqoura region.

Lebanon and the Israeli regime are at loggerheads over determining their maritime and ground borders, as well as the Exclusive Economic Zone. Tel Aviv struggles to wrest concessions and privileges from Beirut as much as possible while Trump holds the power at the White House.

The calls for modification of the UNIFIL mission and conduction of more inspections in southern Lebanon come while the Israeli provocative measures on the borders have increased. Most dangerous Israeli attacks come against Lebanon while the UNIFIL was present in the region for 42 years. In the 2006 war, the Israeli army launched artillery attacks on the UNIFIL headquarters, killing four Canadian and Austrian-nationality peacekeepers.

But undeniably, the Lebanese Hezbollah has the potentials to create a balance of power and repel the plans to force Lebanon to approve of a new UNIFIL mission that certainly works against the Lebanese interests and serves the Israeli ones. The powerful Hezbollah can force the Israelis to review their intention for any new adventures against Lebanon. So, Hezbollah is the main factor bringing peace and frustrating the Israeli aggression plans, not the UNIFIL. 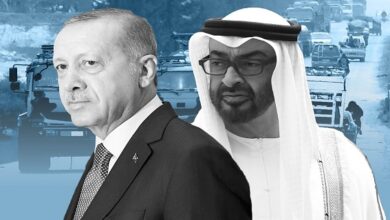 Why is Erdogan Shifting To De-escalation with Arab Countries? 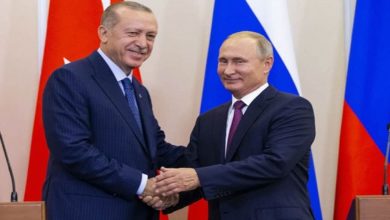